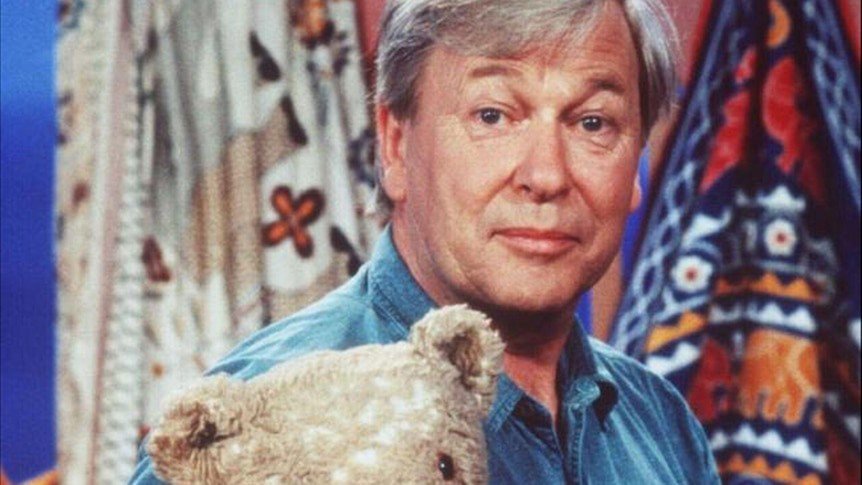 Tributes have been flooding in for Hamblin since news of his death emerged, with many praising his ‘comedic timing’ and ‘wit’.

ABC Director Entertainment & Specialist, Jennifer Collins paid tribute to the late star in a statement: ‘John was an unforgettable presenter whose comedic timing and wit helped cement Play School as one of Australia’s most cherished children’s programs.

‘John had a wicked sense of humour and was not afraid of a double-entendre. His presence always managed to keep both our toddler target audience and their parents equally engaged with the show.

‘I would like to extend my condolences to John’s family at this sad time.’

Journalist Michael Smyth added: ‘Feel like I’ve lost part of my childhood with the passing of John Hamblin. ‘Naughty John’ was always playing to the mums at home, as well as the kids.’

A fan wrote: ‘Sad to hear John Hamblin from Play School passed away. I loved it when he was on when my children were little.’

Also known as Funny John and Naughty John, Hamblin started his acting career in his native country England, appearing in the cult TV series The Prisoner.

He later emigrated to Australia in the early 1960s, landing roles in the soaps Number 96, Class of 74, and The Young Daughters.

Hamblin made his debut on Play School in 1970 alongside fellow presenter Benita Collings and became known for inserting cheeky innuendos into his skits.

On the show, he would educate kids on a variety of subjects, while also reading stories, making crafts, and singing.

He is survived by his children, Emma and Myles