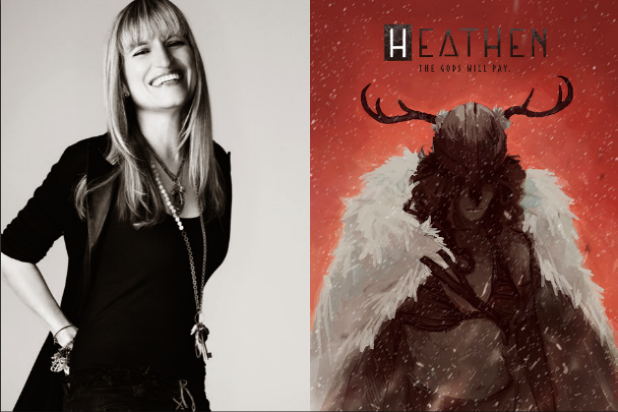 Kerry Williamson has signed on to write. Williamson previously penned the Tyler Perry-starring “Alex Cross” and most recently, Netflix’s “What Happened to Monday.” She is currently working on an adaptation of the fantasy series “Sandman Slim” for director Chad Stahelski and Studio 8.

Written and drawn by Natasha Alterici, “Heathen” centers on Aydis, a young female Viking, a warrior, an outcast, and a self-proclaimed “heathen.” Born into a time of warfare, suffering, and subjugation of women, she is on a mission to end the oppressive reign of the God-king Odin.

The comic’s first trade paperback sold out in a week and has returned for a second printing; the second trade paperback will release in July. The book was recently selected by Young Adult Library Service Association (YALSA) to be included in its 2018 “Great Graphic Novels For Teens” list.

Constantin Film’s Robert Kulzer will produce with Adrian Askarieh whose Prime Universe Films is currently in a two-year first look with Constantin. F.J. DeSanto will also produce. Constantin’s Martin Moszkowicz will executive produce along with Damian Wassel, Vault’s CEO & publisher. Kulzer and Margo Klewans will oversee on behalf of Constantin.

Hardwicke was represented on the deal by CAA, manager Dan Halsted, and the law firm of SOWD, LLP.  Nick Hanks, the senior EVP of Business Affairs, handled the deal on behalf of Constantin. Vault, Wassel, and Desanto were repped by Ava Jamshidi and Lars Theriot of Industry Entertainment, and Matthew Sugarman of Weintraub Tobin.