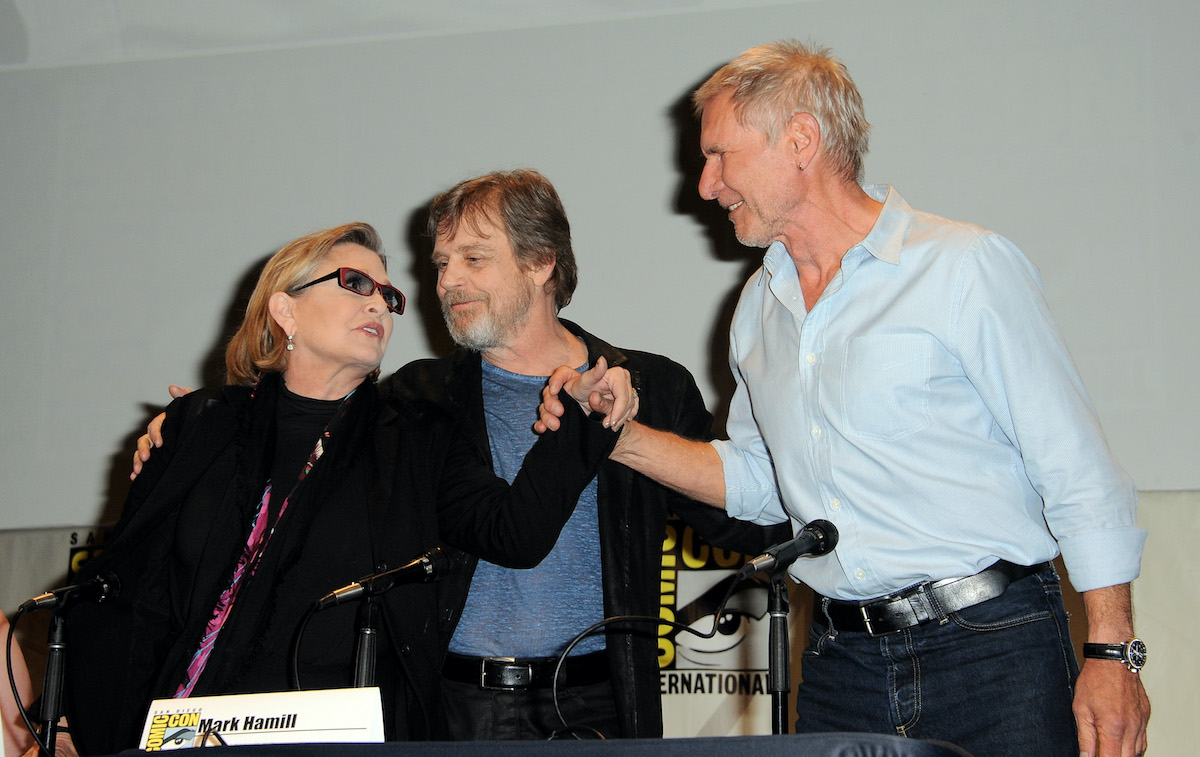 Star Wars fans — and even co-star Mark Hamill — were shocked to learn that Fisher and Ford engaged in a three-month affair on the set of the original movie. At the time, Ford was married with children. Meanwhile, Fisher was a 19-year-old up-and-coming star who had only just made her big-screen debut in 1975’s Shampoo.

For nearly 40 years, Fisher managed to keep the affair a secret. But she finally revealed the truth in her 2016 memoir The Princess Diarist. Naturally, news of Fisher and Ford’s affair became a hot topic as the former discussed her new book. And Star Wars fans now have an entirely new prism through which to view the stories of Leia and Han in the original trilogy.

After all, Fisher and Ford reprised their characters in the two initial sequels. Then they reunited decades later for 2015’s Star Wars: The Force Awakens. By the time they reported to the set of 1980’s The Empire Strikes Back, their own romance was years in the past. Ironically, that movie also sees Han and Leia’s own love story finally kick off. And that disconnect leaked its way into one of the movie’s most memorable moments.

In a 2016 interview with The Guardian, Fisher discussed how her relationship with Ford played into Leia’s declaration of love. In The Empire Strikes Back, she finally professes her feelings for Han just before he’s frozen in carbonite, to which he replies “I know.” Ford famously improvised that line, which Fisher said is “definitely informed by [their] relationship.”

While promoting her book, Fisher discussed how she was “infatuated” with Ford. The actor’s feeling weren’t exactly reciprocated in the same way. Yet, despite the clear contrast, Fisher and Ford created something special in their performances as Leia and Han.

And Fisher in particular has impacted generations of fans. So many look up to more than just the Star Wars princess-turned-general she played on screen. Fisher herself embodied a strength, honesty, and intelligence that made her a true original. And for decades, she undoubtedly brought those same qualities to Leia as well.