Carol Vorderman fills in for Lorraine as star catches Covid

Carol Vorderman was left baffled as she watched her Lorraine co-star come close to breaking one of ITV’s rules at the Love Island villa. Andi Peters flew to Majorca to give viewers a glimpse inside the property.

Carol Vorderman presented the Lorraine show and couldn’t believe what she was hearing as she chatted with co-star Andi Peters.

Giving viewers a tour of the Love Island villa, the jaw-dropping moment happened for the host when Andi attempted to test the waters.

Squatting down to put his hand in the pool, the Lorraine regular quickly drew back and beckoned to producers for permission.

A Covid regulation set in place by ITV, Carol was shocked to learn the channel restricted access to the villa’s swimming pool. 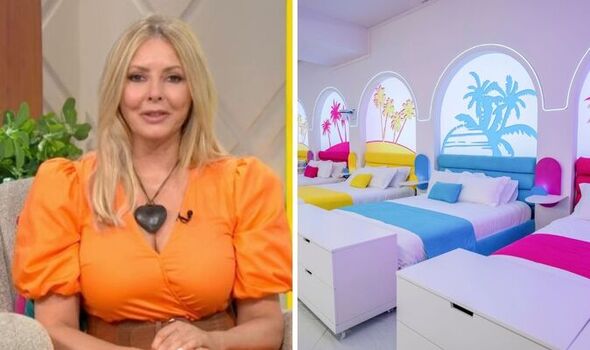 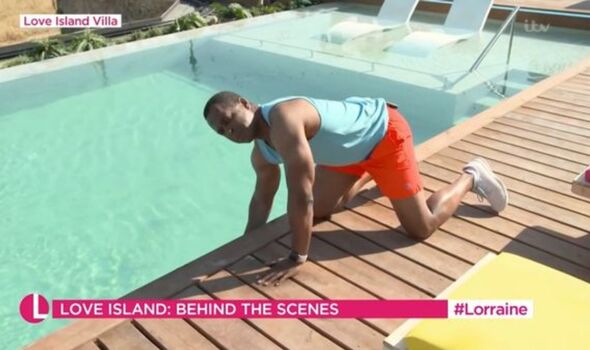 Wandering round the property, viewers were shown the likes of The Hideaway, the famous fire pit and the gym.

Explaining to Carol as he went, the goings-on of each location, he revealed the Spanish villa was watched at all time by 72 cameras.

Exposing further secrets, he shared with Carol there were around 300 ITV crew members onsite and the place was”really clean”. 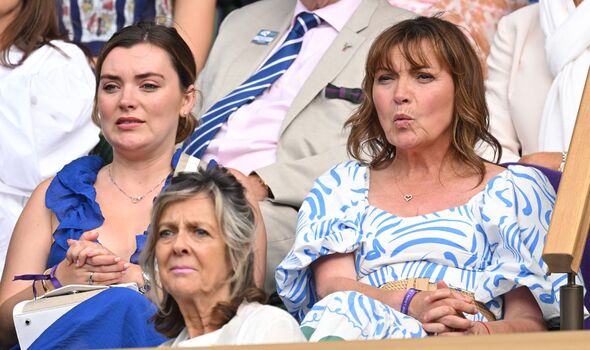 Reaching another iconic spot in the infamous villa, Andi was quickly made to rethink his next segment as he remembered a certain rule.

He said: “Hang on, let me check the water – oh hang on a minute.

Frantically waving at someone off camera, he searched for the go-ahead and checked whether or not it was safe to take the plunge.

Blown away, Carol couldn’t wrap her head around what she was watching.

Panning back to Andi hunkered down poolside, he re-laid confirmation back to Carol in the studio.

“Yes, that’s been given a seal of approval now! I can put my hand in the water,” Andi confirmed.

Highly amused by this near rule break, Carol fell about laughing letting her shock at the ITV ruling spread across her face.

The former Countdown host is sitting in for Lorraine Kelly on the show after the latter caught Covid last weekend.

Breaking the news to fans via Twitter, she wrote on Twitter: “Well the Covid has finally got me and I tested positive at the weekend.

“Thanks to the vaccine it’s not too bad and I hope to be back at work very soon.”

Lorraine airs on ITV weekdays at 9am.