The Chase star Bradley Walsh and his son Barney are currently back together on ITV for another series of Bradley Walsh and Son: Breaking Dad which sees the pair travel around Europe on a brand-new adventure. However, with last year’s series having seen Bradley suffer a nasty injury, his son Barney was today quizzed by This Morning’s Phillip Schofield on his “concerns” over his dad getting involved in any further difficult ordeals.

The ITV quiz show host and his son Barney have thrilled viewers by going off on their daring adventures.

Last year, the pair jetted off to America and explored incredible sites such as the Smokey Mountains of Tennessee.

However, Bradley suffered an unexpected setback when he ended up breaking his back in three places whilst on the trip.

After dreaming to have his turn trying out a rodeo, the star suffered horrendous injuries after falling wrongly. 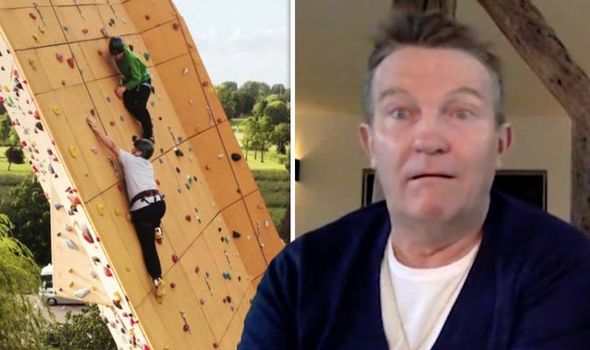 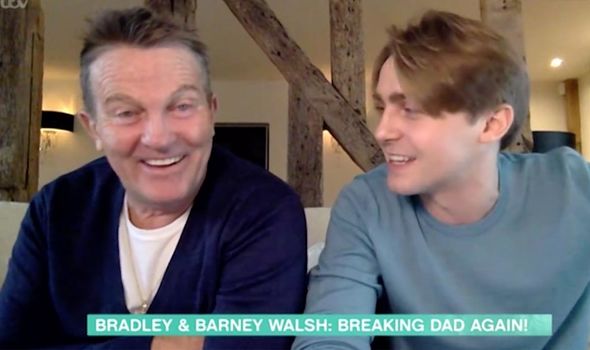 Ahead of its relaunch tonight, This Morning host Phil couldn’t help but ask Barney about his father’s horrendous injuries from their previous trip.

“Baring in mind Barney that you have actually broken dad in the past – in America, [Bradley] you broke your back in three places.

“When you approach this now – and he is facing his fears – aren’t you even a bit concerned about him? Seeing as you already have once?” asked the presenter.

The pair laughed at Phil’s question, with Barney commenting: “I am concerned and always my utmost priority that dad is safe.” 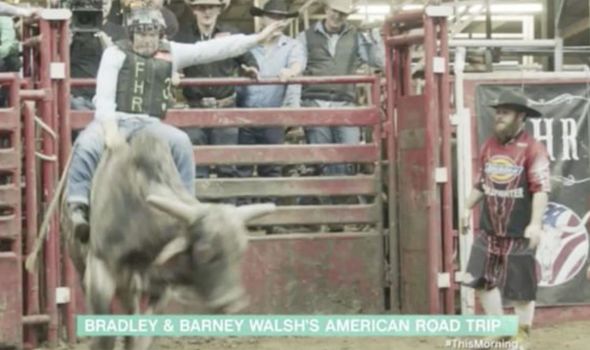 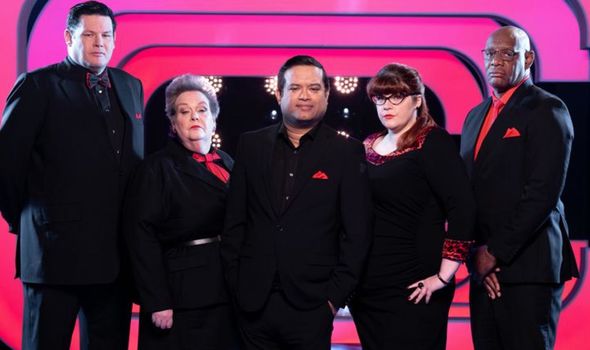 Turning to his son, Bradley didn’t look convinced by the answer before bursting into laughter once again.

Barney continued: “But yeah, he loves it. You’ve really come out of your shell and started to enjoy the things we do, haven’t you?!”

The first episode of the new series sees the pair tackle one of Bradley’s biggest fears – heights.

In a teaser clip released by the show earlier on, Bradley and Barney can be seen scaling a climbing wall.

“I’m sorry mate, I’m not going to be able to make it,” Bradley tells his son.

But the youngster offers him encouragement: “Don’t be sorry, I’m proud of you, really proud.”

The pair will be based in the Netherlands for this evening’s instalment and will also be taken to a velodrome to try out tandem biking.

Elsewhere, Bradley can be also seen on Beat The Chasers which launched its second series on Sunday.

The spin-off of the popular teatime quiz show sees five of the show’s six Chasers club together to try and stop a contestant from winning big money.

Last night, fans saw a tense moment for student Rahim who narrowly missed out on scooping £100,000.

After gambling his entire prize pot, he failed to walk away with the money after being caught by the Chasers with just a few seconds to spare.

Paul Sinha quickly complimented the teen despite his loss, telling him: “That was unbelievable!”

Bradley Walsh and Son: Breaking Dad airs tonight at 8pm and This Morning airs weekdays from 10am on ITV.