The Reagans have strong ties with the Catholic church and the police department on Blue Bloods. That sometimes puts them in the middle of two very strong institutions. Frank Reagan (Tom Selleck) had multiple hard conversations with Archbishop Kevin Kearns because of this. This is who plays the archbishop and more.

Who is Archbishop Kevin Kearns on ‘Blue Bloods’?

The Archbishop and Frank usually reach out to each other for help. He has appeared in seven episodes so far. His first episode was “Confessions” back in season 7. A priest comes to Frank and asks for his help finding a 15-year-old missing boy from his parish. He knows where the boy is being held because of someone’s confession but is bound to not reveal it.

Frank eventually goes to see Archbishop Kevin Kearns. He asked for tapes from surveillance cameras in a specific church. He at first refused, which led Frank to threaten to get a subpoena. This makes him cave in.

Frank is Catholic himself, so he also had a personal relationship with these people. The Archbishop has popped up in later episodes because of a case that was brought to Frank’s attention.

The character is played by Stacy Keach. The actor has been in successful movies, including Nebraska, Escape from L.A., The Bourne Legacy, and more. He also worked on multiple shows like Man with a Plan, NCIS: New Orleans, The Simpsons, and more.

The actor’s most recent appearance on the show was in season 12. “Good Intentions” showed Kearns visiting Frank because a priest’s home was burglarized. His 911 call was leaked to the press, most likely because the priest has been publicly in support of Defund the Police.

Frank thought this was humorous and isn’t afraid to go up against supporters of the movement. But in the end, they all worked it out. It’s unclear when or if fans will see Archbishop Kearns again.

Will he ever appear at family dinner? 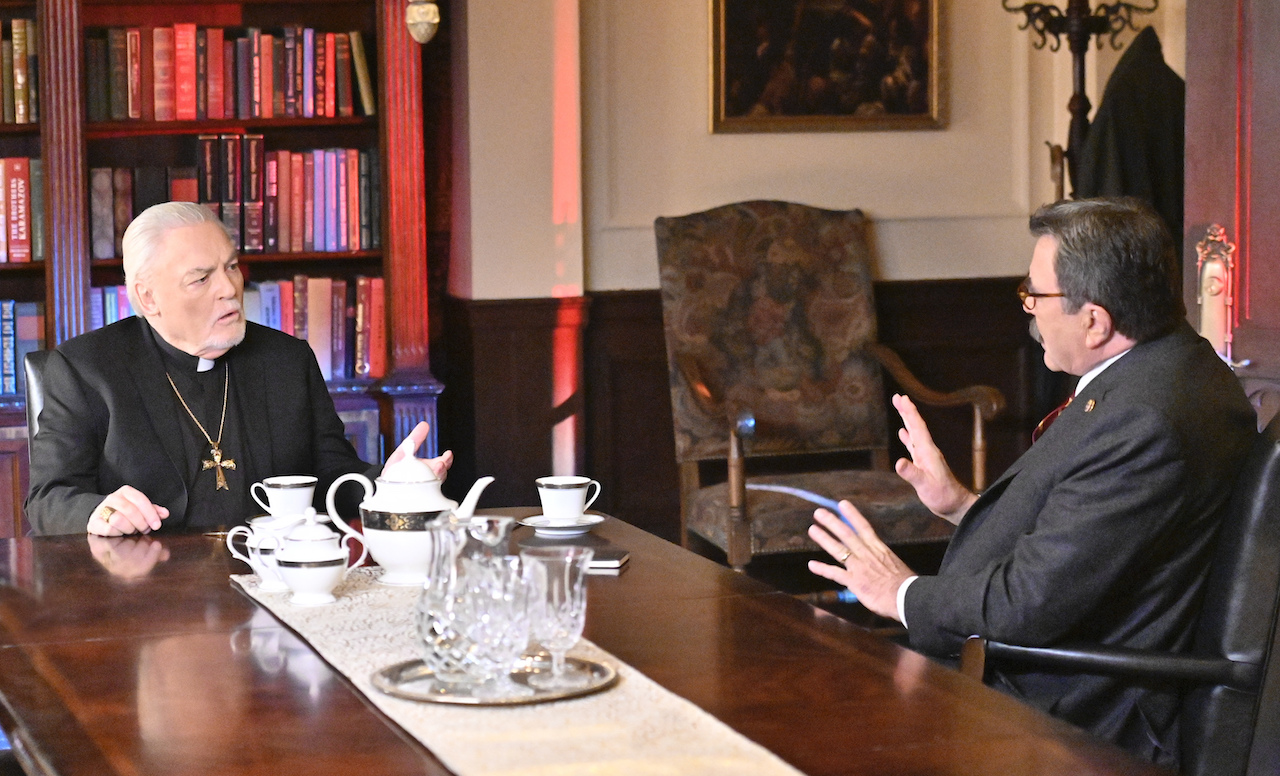 Every week the Reagans have family dinner together. They’re usually on Sundays, which is the same day they go to church. It’s usually just a family event, but there have been exceptions.

Frank’s former partner, Lenny Ross (Treat Williams), was the first friend to be invited to the table. Then Maria Baez (Marisa Ramirez) was invited after getting hurt on the job. So friends are sometimes invited to the occasion.

But when Frank talks to Kearns, it’s usually tense instead of friendly. For this reason, it’s less likely Frank will invite the Archbishop any time soon. But who knows, maybe they’ll become closer, or they’ll find the right moment to have dinner together.