“Memorized” has definitely already been memorized by many 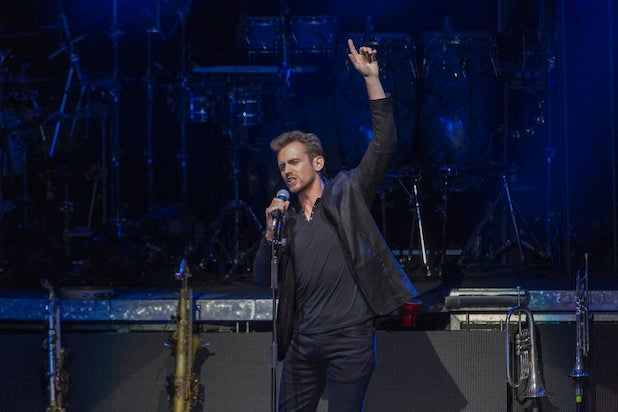 In a not-so-quiet way this news caught our eye: “Memorized,” the song performed by Kate and Toby’s blind son Jack in a flash-forward at the end of the Season 4 premiere of “This Is Us,” is charting on iTunes.

The song, written by “This Is Us” composer Siddhartha Khosla and the band Dawes and sung by blind musical theater actor Blake Stadnik (who plays the adult version of baby Jack), has entered the Top 20 in the U.S. iTunes sales store and is currently no. 14 on the all-genre song sales chart.

At the end of Tuesday’s Season 4 premiere, titled “Strangers,” Jack performs “Memorized” in front of thousands at the Greek Theater in Los Angeles. The character is introduced for the first time at the start of the episode without ever being named. In the final moments of the installment, that scene at the Greek is juxtaposed with one of Kate (Chrissy Metz) and Toby (Chris Sullivan) finding out baby Jack is blind.

And then everything clicks for the audience, in typical “This Is Us” fashion.

“He’s a trained actor and done a lot of musical theater and can sing, which was another massive quality that made the search impossible,” series creator Dan Fogelman said during a call with reporters earlier this week. “We wanted to find an actor who could be a leading man, and very handsome and very funny, with his bare ass on national television — but also be able to go stand in the Greek in front of a live audience and actually perform and sing a song. And so there were a lot of boxes to check.”

Oh, that “bare ass” part came during Jack’s love story plot with Lucy (Auden Thornton), who he finds out he’s expecting a baby with by the end of the episode. Fogelman promises we’ll be returning to Jack in future episodes, but not right away.

“It’s a difficult area to go to all the time because we’re pretty deep into the future and it presents production challenges,” he said. “But we do plan on returning to it. Right now, it’s not- we have a plan basically, but I can’t get into too much. He will be returned to. Right now, we’re telling the stories in the beginning half of the season that focus a little bit more on the present-day stories. But it is a place we’re heading towards the end, multiple times. Especially because we had an experience with the young man who was acting on camera, literally for the first time in his entire life, that was so rewarding for us and we fell so in love with the actor that sometimes those things happen and the parts get even bigger than you were planning on making them.”