The 33-year-old actress took to her Instagram Stories on Thursday to promote the film with a cheeky pic. In the photo, Lively faces backwards, showing off her fit bum in a gorgeous floral bikini.

“Go see @freeguymovie this weekend or you’ll be bummed,” she captioned it, cleverly placing a gif of Reynolds in the pool. 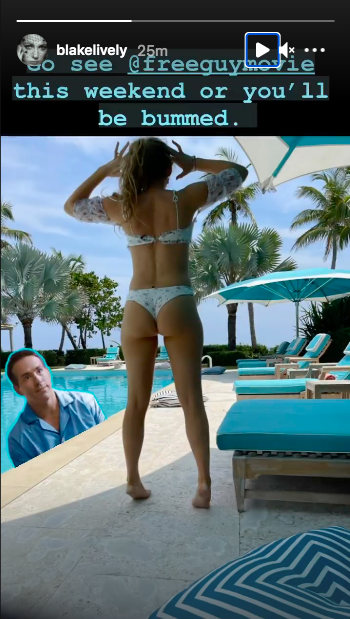 In another post, Lively called out Rotten Tomatoes for using a picture of Ryan Gosling in an article about the film instead of Reynolds. “@rottentomatoes, really?” she joked. “This photo is very confusing to all the people who can’t tell Canadian Ryans apart.” 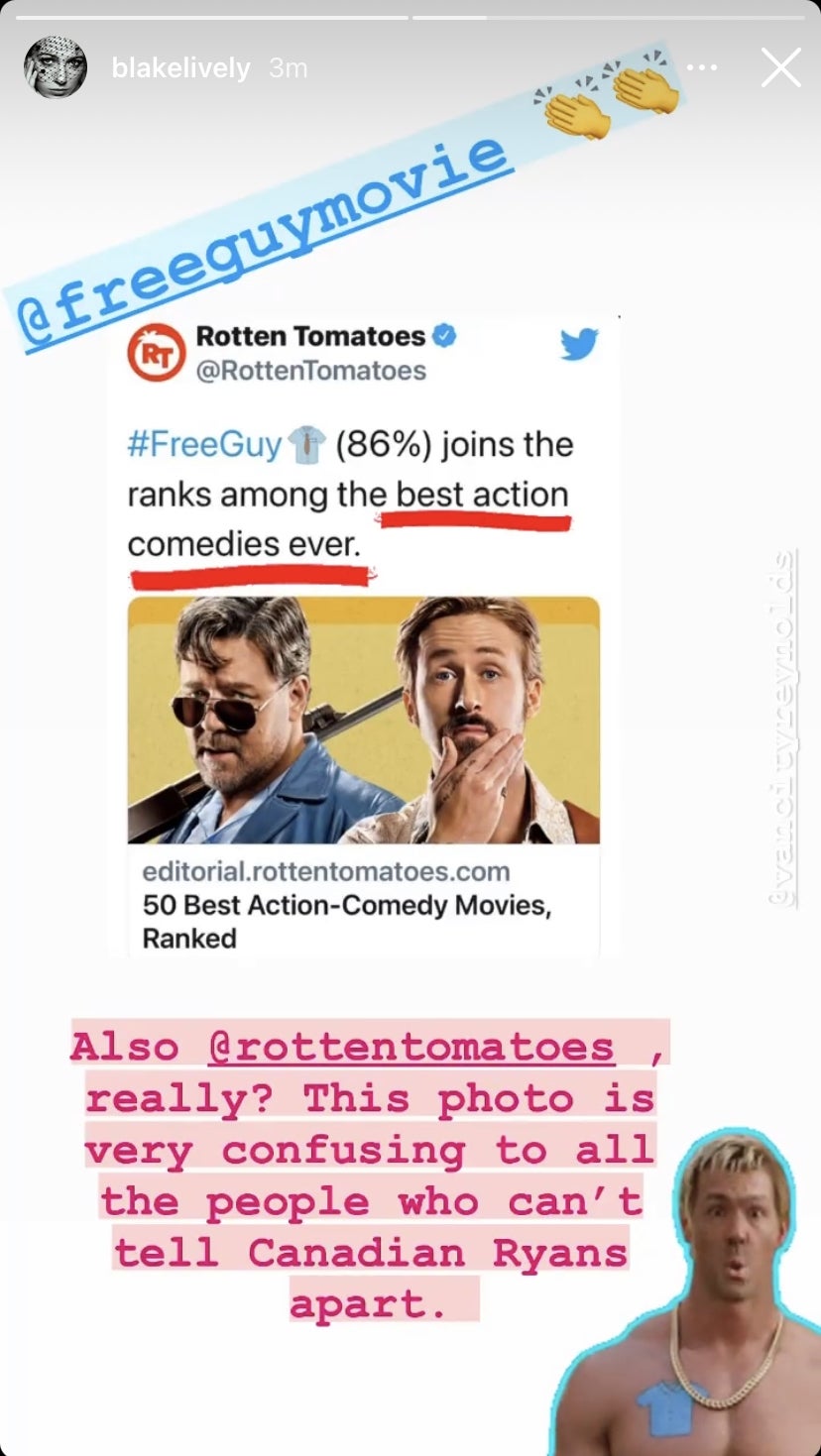 Reynolds, 44, plays a bank teller named Guy in the new film, who discovers he’s actually a background character in a Grand Theft Auto-like open world video game. When the game and everyone he loves in it are threatened, he teams up with Molotov Girl (Jodie Comer) to save the day as the heroic Blue Shirt Guy. The film also stars Joe Keery, Lil Rel Howery, Utkarsh Ambudkar and Taika Waititi.

“I do think it’s the best movie-making experience that I’ve ever had, easily, but also the best movie I’ve ever done,” Reynolds previously shared, during a virtual press conference with director Shawn Levy. “It’s the most pertinent to our times, in that sense. Where I feel Deadpool was a movie that was pertinent to the comic book culture when it came out, this really to me speaks in a broader spectrum of where we are in the world and how we are in the world.”