Big Brother is going big for season 23 and that includes a complete overhaul of the house the 16 new houseguests (after a last-minute casting change) will move into this summer as they compete for $500,000.

ET exclusively debuts the official first look at the elaborate upstairs poker parlor inside the BB house, in what used to be the open area right outside the Head of Household (HOH) master suite. Now, it’s been turned into the casino-themed poker chip parlor with a red, black, white and gold theme running throughout the private nook.

The new house will have a BB Beach Club motif and will be part seaside cabana, part Monte Carlo (hence the poker parlor) and lean heavily into the “No Risk, No Reward” motto. As houseguests enter the house during Wednesday’s 90-minute premiere, they’ll be greeted with three neon signs, one of which will glow the aforementioned tagline.

The bridge overlooking the house has been transformed into a casino-themed hangout, with red-and-black upholstered walls giving off a poker room vibe. Expect to see houseguests debate pushing all their chips in over a table built from massive poker chips and late-night strategy sessions in the Monte Carlo-inspired area, especially when the chips are down for certain houseguests.

Check out ET’s exclusive photos of the new poker parlor. 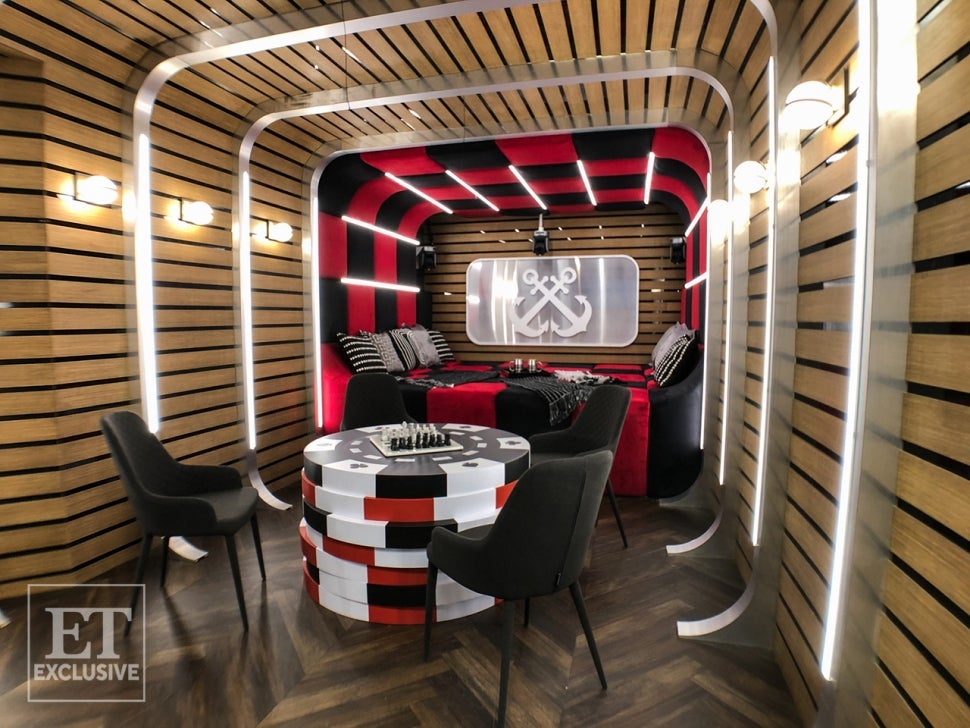 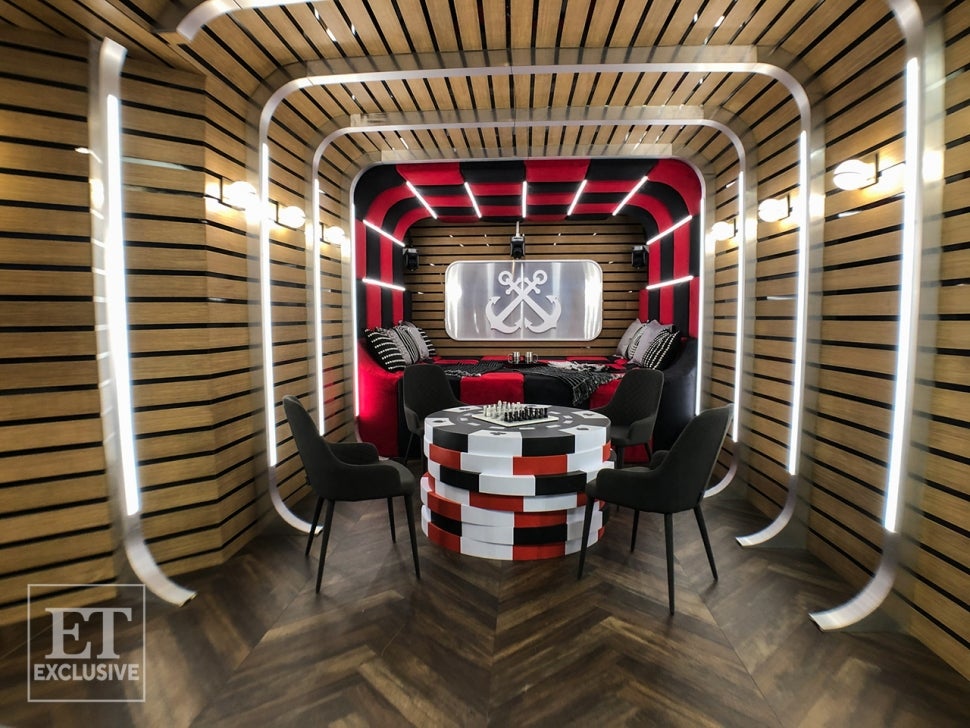 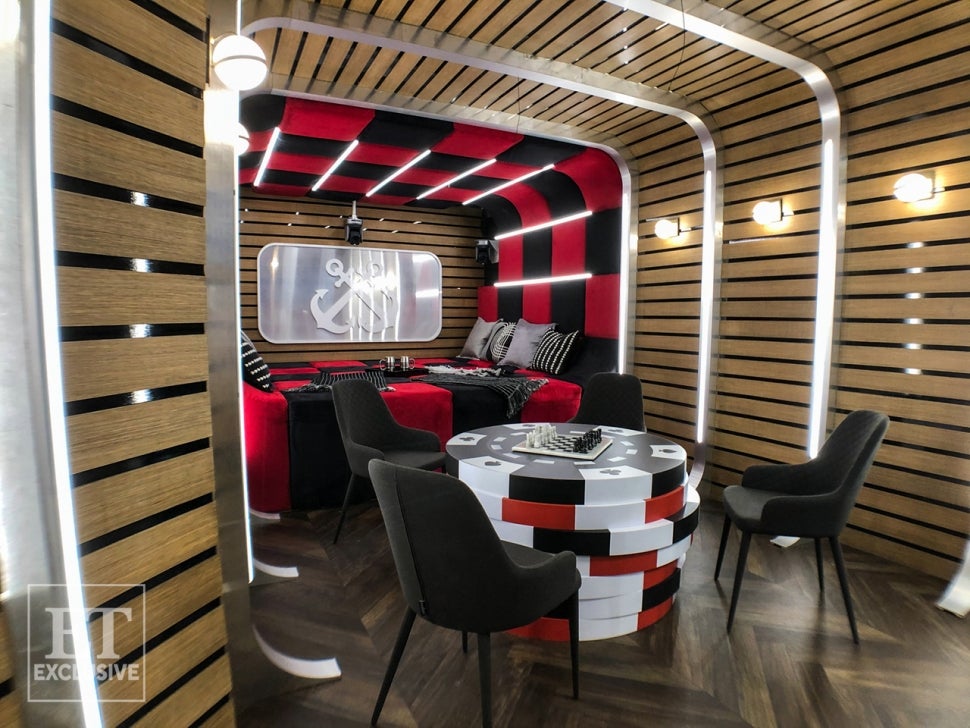 “This season we’re calling it, ‘No Risk, No Reward,’ and we have twists that we have never done before, starting with the premiere. Opening night we’re going to establish it at the beginning of the live premiere episode and I’m going to present an offer that he or she cannot refuse. I mean, they can refuse, but if you don’t want to win, then don’t take risks and don’t come into the house,” longtime host Julie Chen Moonves teased to ET’s Kevin Frazier. “In 20-plus years of doing Big Brother, we have never made an offer like this before. I can’t reveal what it is, but you will find out.”

CBS recently revealed the 16 houseguests who will be entering the house this summer and Chen Moonves hinted that “this cast is incredible.” “Talk about overachievers… and the highest IQ group going in,” she teased.

Chen Moonves also revealed more details about the first twist the houseguests will be faced with as they discover they’ll be working in teams to start off the season.

Big Brother will air Sundays, Wednesdays and Thursdays — which will feature live evictions — all season long, with the 24-hour live feed available to stream on Paramount+.

To stay up to date on breaking TV news, sign up for ET’s daily newsletter.