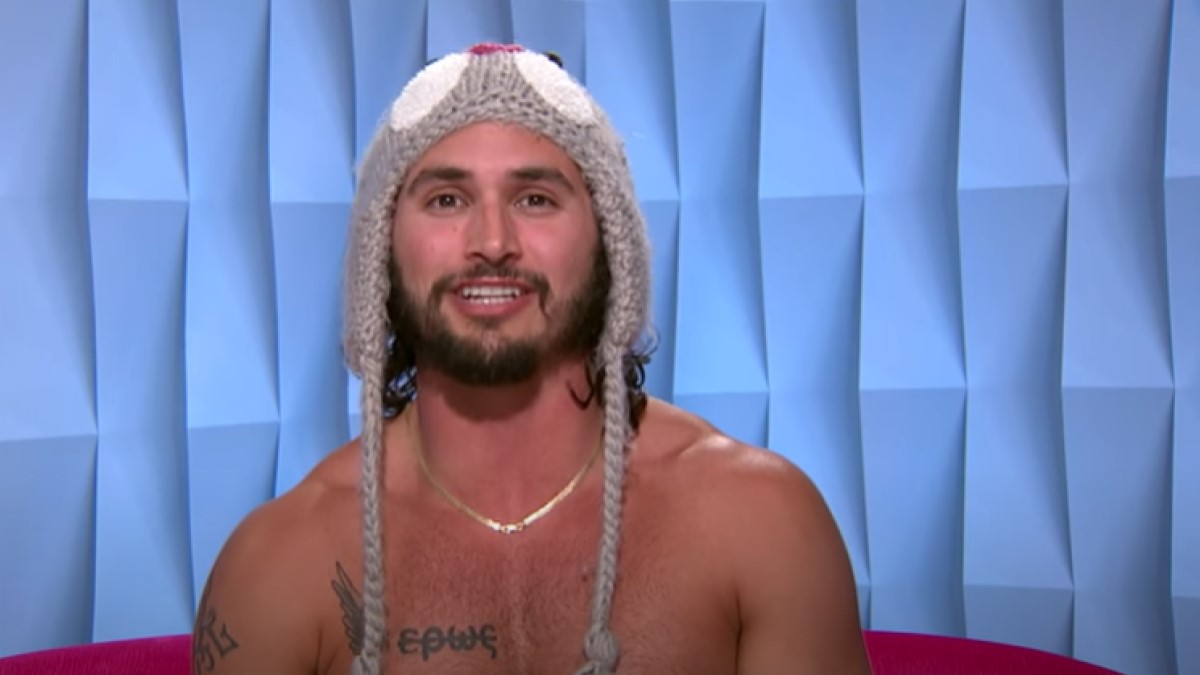 Big Brother drama has again extended outside the house. Victor Arroyo has jumped into the Nicole Franzel-Janelle Pierzina storyline.

Since entering the house this summer, Nicole Franzel has been unable to stop talking about Janelle. That included trying to continuously feed Nicole Anthony false information about Janelle.

Many fans have grown frustrated with the way that Nicole is playing the game this season, especially since her main strategy has been to start crying. It happened again when she cried about Bayleigh Dayton.

When Nicole went a little too far during her speech about making Janelle a Have-Not, it led to more animosity in the Big Brother house.

But Nicole really failed at getting a reaction out of Janelle. Instead, Janelle spoke about it in the Diary Room as Nicole tried to gaslight her in front of other houseguests.

Maybe that was a reason that Victor decided to start sharing private texts between Janelle and Nicole from right after they spent time on The Amazing Race. We may not learn the answer soon, as he already deleted them.

Luckily for us, screenshots still exist.

Victor used the Twitter account that he shares with Nicole (his fiance) to post images of texts that were exchanged between the two women. He said that he did it because Elissa Slater began talking about it on social media.

Elissa is the sister of Rachel Reilly. The sisters were also a team on that season of The Amazing Race. 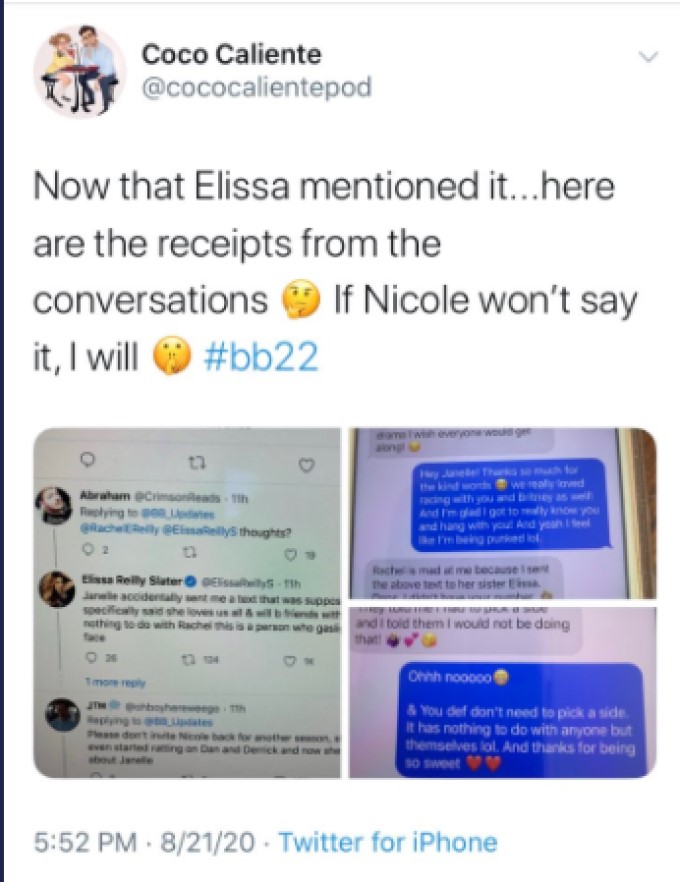 Below are slightly better images of the text messages that Victor shared. They are enlarged to make them easier to read. 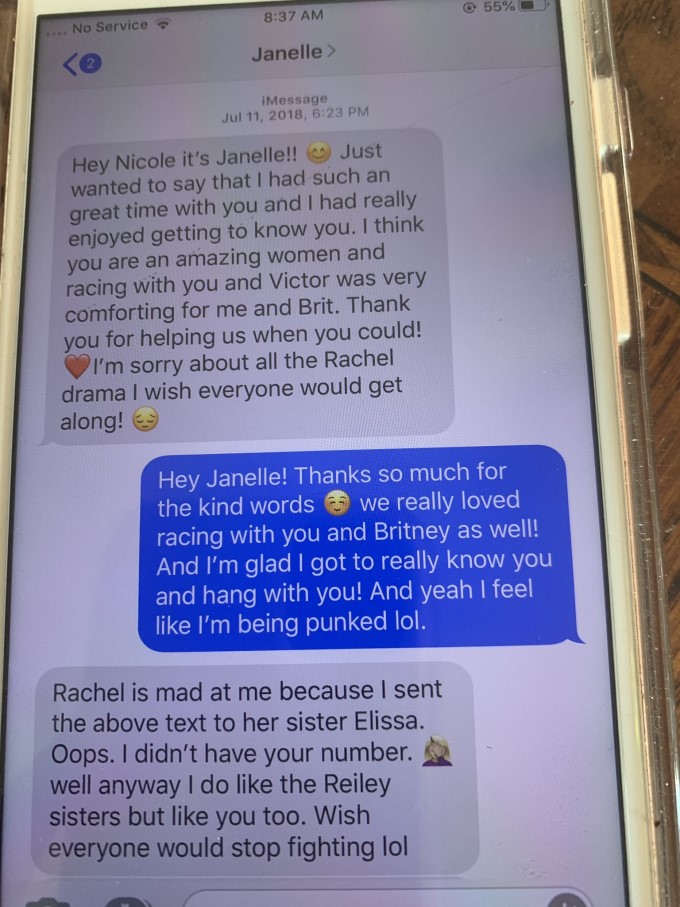 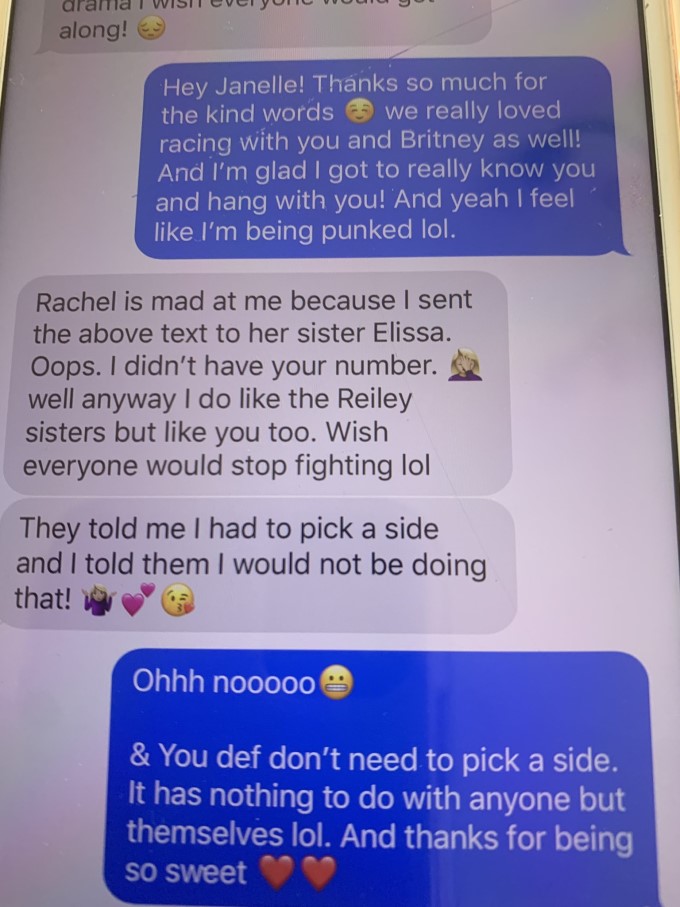 Shortly after sharing the text messages, Victor deleted them from social media. He may have deleted them because the fan reaction was largely negative. It made many fans question why Nicole said a lot of the things she was saying to other houseguests in the BB22 house.

Fans like Janelle even more after Nicole went after her

Inside the Big Brother house, Nicole appears to have been projecting some of her own feelings onto Janelle. For the first week, it looked like Nicole was infatuated with her.

Fans have definitely noticed that Nicole has a hard time carrying a conversation with other BB22 cast members without eventually steering it back to Janelle. It’s not good gameplay. Or is it?

The strategy that Nicole has been employing may have worked. It helped turn Janelle into an even larger target than she already was. Now, Janelle’s days on Big Brother All-Stars are numbered.

It could get very interesting if Janelle goes home early and starts responding on social media to the footage she sees from this season.