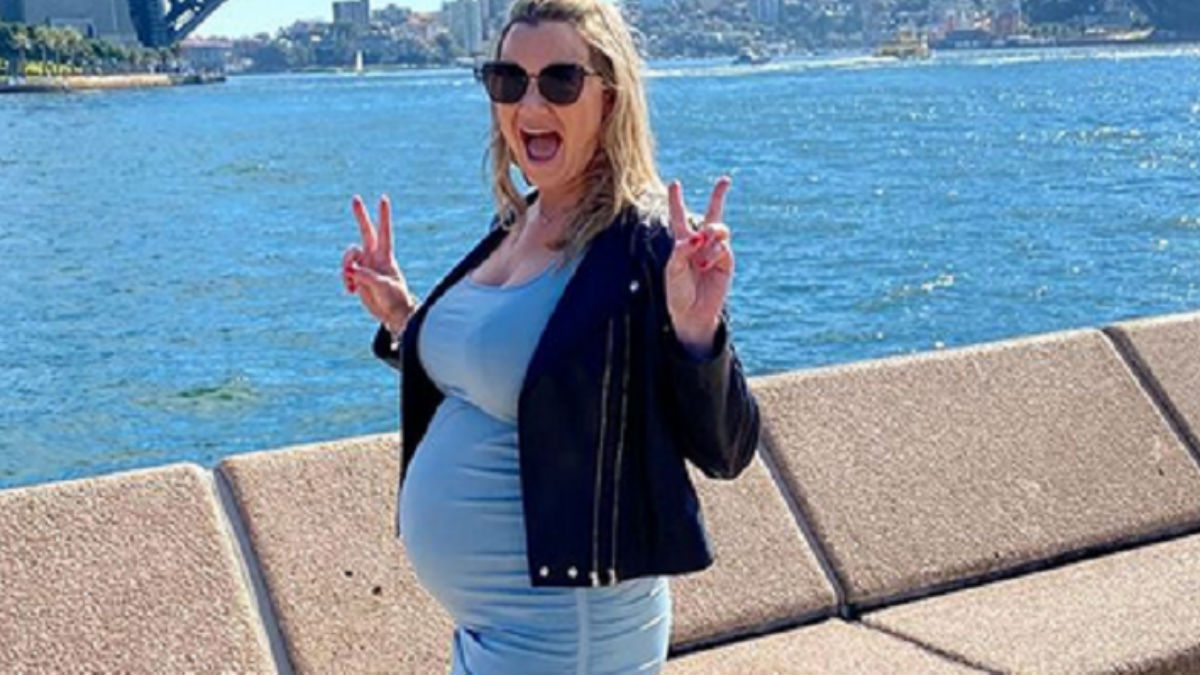 Below Deck Mediterranean alum Hannah Ferrier has revealed her number one pregnancy craving and more details as prepares to give birth soon.

Hannah’s due date is literally any day now. The Australian beauty has been keeping fans updated on her pregnancy journey since announcing she was expecting in June. She has shared pictures from her baby shower, showed off her maternity style, and gave glimpses of her growing baby bump.

As the former chief stew nears the ends of her pregnancy, Hannah is spilling some new details, including cravings and baby watch news.

The Bravo personality used Instagram Story to share the one craving that has gotten her through the pregnancy. Hannah’s sweet tooth has been in overdrive since she learned she was pregnant. There is only one place that can help solve her problem too.

Sydney chain Chargrill Charlie’s is Hannah’s go-to place to fulfill her sweet tooth craving. Recently, she let fans know that the eatery’s chocolate gold mouse has been the number one food item she has craved during pregnancy.

Hannah has another obsession that has nothing to do with food but everything to do with her killer maternity style. One new tool Hannah uses to complete her pregnancy look is the BondiBoost – it helps get her hair curled just perfectly. She gave the product a shoutout on Instagram, sharing before and after photos with her followers.

The wait for her daughter to be born is almost over

Earlier this week, Hannah took to Instagram to tell fans her baby girl has dropped, which means Hannah could go into labor at any moment. 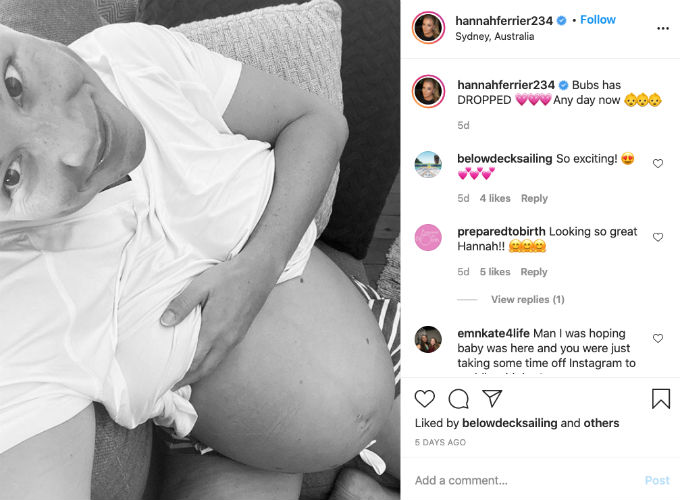 The soon-to-be mama and her boyfriend Josh have already picked out their daughter’s name. Hannah revealed that they have known the name since early on in her pregnancy but are keeping the moniker quiet until the baby is born.

Fans knew October was the month Hannah was due, but the Below Deck Med alum never gave a specific date. The closeness to her due date caused speculation that Hannah may not appear at the Season 5 reunion show.

Thankfully, it is a virtual chat and was already taped. The preview video confirmed not only Hannah’s attendance but that she goes head-to-head with Captain Sandy Yawn.

Hannah Ferrier is counting down the days until she meets her first child. The former chief stew has wanted to have a family for quite some time. Now, she has a great love in her beau Josh and will soon have a baby girl to swoon over.