Samira Ahmed presented Newswatch on BBC Breakfast to discuss the coverage of the Royal funeral. The journalist welcomed viewers Susan Lee Wilson and Andrea Lloyd who wrote in to complain about their displeasure as well as the BBC’s Interim Senior Controller News Content, Richard Burgess.

Following the Queen’s death on September 8th, news programmes across the nation including the BBC focused on the Royal Family.

This was seen in the coverage after the Monarch’s death and the days leading up to her funeral.

As well as providing insight into the Royal funeral proceedings, the BBC also reported on the queues of people waiting to see the Queen lying in state and spoke to the public.

However, it’s been revealed that not every viewer was pleased with the coverage as guests complained it was too emotional. 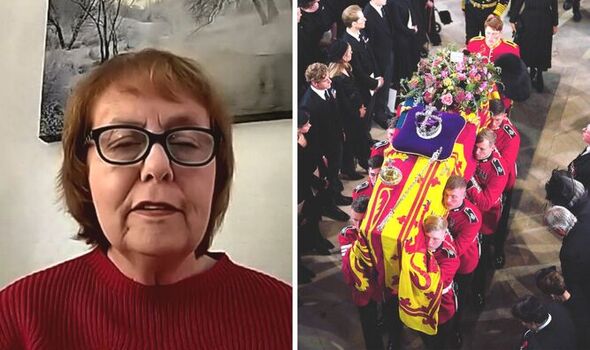 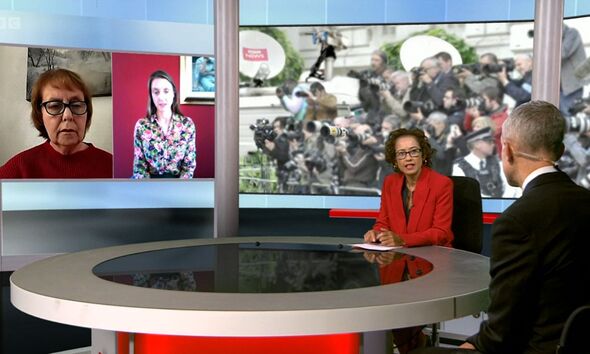 During the segment, Saira highlighted the praise the BBC received from viewers throughout the 12 days leading up to Her Majesty’s funeral.

She also shone a light on the backlash from viewers about the amount of commentary during the proceedings.

Guest and viewer Susan Lee Wilson shared her concerns and stated: “I realise that the death of a Monarch has not happened during an era of television before in the country.

“And so it’s probably difficult to know how to play it, but what perturbed me was the length of time devoted in the news section of broadcasting to the Queen’s death and funeral arrangements.” 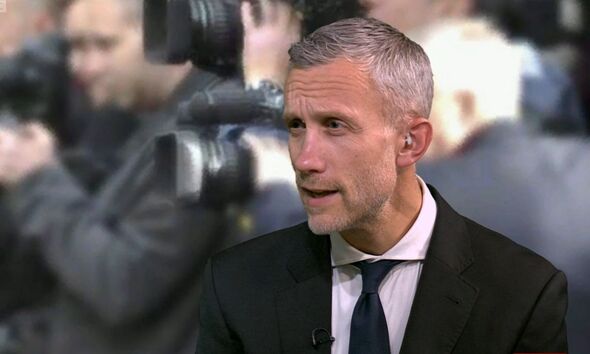 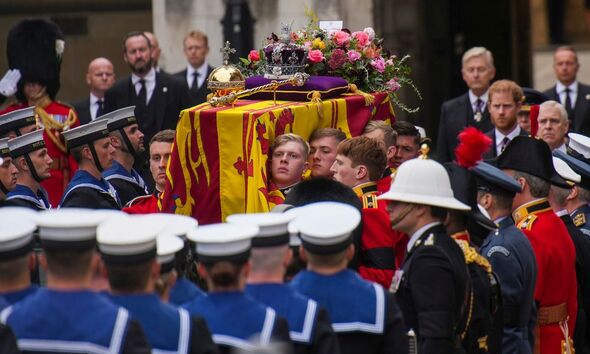 Susan added: “To the exclusion of every other topic, I found it extremely puzzling, fair enough first two days yes, it was an overwhelming shock for people.

“And I kept on expecting a section to be announced in other news because there are vital things going on in the world such as the energy crisis, war in Ukraine, natural disasters in Pakistan.

“But we heard nothing, even up to Monday and Tuesday … I felt this was excessive.”

Another guest Andrea agreed: “I thought it was excessive, my thoughts were exactly the same as Susan’s and that was why I wrote in.”

“She continued: “As an example on Friday, [September] 16, the six o’clock news lasted an hour and there was less than 15 minutes devoted to other news and sport.

Defending the coverage of the Queen’s funeral, Richard stated: “This was a major new story, there’s no question about that and I think we were reflecting the overwhelming interest of our audience and we saw that in terms of the audience figures that came to us.

“There were events going on in the days after the death that we needed to report on but we did report on other news as well.”

After Saira highlighted that it was a small proportion, Richard continued: “Not always, we led with Ukraine story which obviously developed significantly during this period.”

Richard added: “The truth is, the overwhelming story of those days was the Queen’s death and the reaction to her death around the UK and the world.”

However, Susan wasn’t satisfied and stated: “I am in fact a reasonable Monarchist for various reasons but emotion doesn’t really come into my preference.

“I would prefer to live under Monarchy than a republic but it’s not based on the emotion, it’s based on appreciation of history and continuity and things like that.”

Susan disclosed: “I felt it was too much empathy, I  know that people were interviewed on how they felt and trying to get emotion out of the situation and I don’t always think this is healthy or particularly interesting or helpful.”