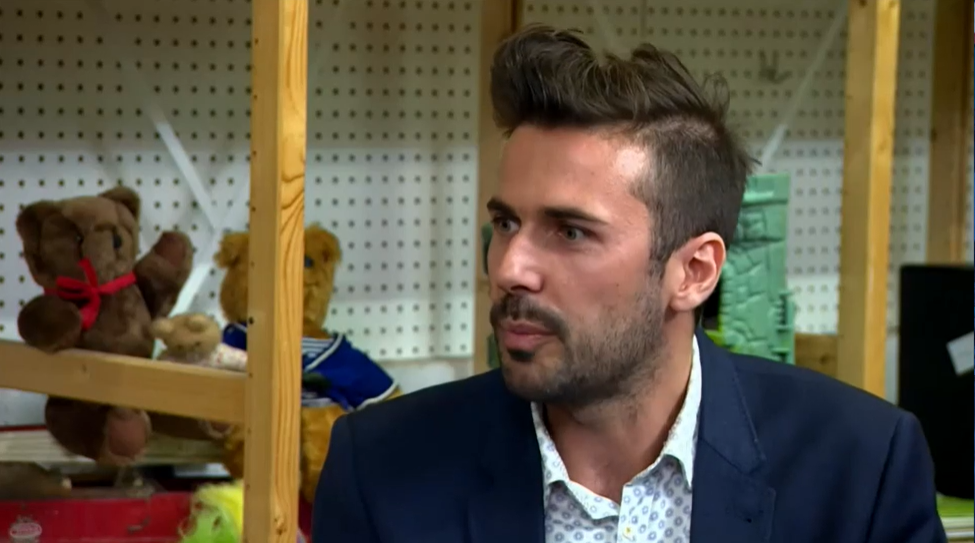 Bargain Hunt star Tim Weeks has been criticised for selling Nazi memorabilia at his auction house, with the items since being removed for ‘causing offence’.

This Friday, Wessex Auction Rooms, of which Tim is the director, was due to sell Nazi-related objects, including a Third Reich banner for £2,000 and a swastika for £300.

The sale of Nazi memorabilia is strictly prohibited in parts of Europe including Germany and Austria, although it isn’t illegal in the UK.

Tim, who has appeared regularly as an expert on BBC programme Bargain Hunt since 2016, was asked to explain why the items were put up for auction, the Daily Mail reported.

In November 2020, police officer Neil Basu, who is National Police Chiefs Council lead for Counter Terrorism Policing, warned that far-right extremism is the ‘fastest-growing threat’ in the UK.

The Board of Deputies of British Jews slammed the sale of the Nazi memorabilia, describing it as ‘distressing, disturbing and hugely disrespectful’.

Sam Armstrong, director of communications at counter-terrorism think-thank the Henry Jackson Society, emphasised the danger of selling products such as Nazi memorabilia, due to the individuals for which the objects have a ‘prime market’.

‘We know that a prime market for these vile symbols are the far-Right thugs who wish to attack this country and those who live in it,’ he said.

Tim, who has since removed the objects in question from the auction house, issued an apology over the items originally being put up for sale.

‘Upon learning that a number of Third Reich items are listed for auction I have contacted the head of our militaria department to withdraw them immediately from sale as we would never wish to cause any offence,’ he said.

‘We apologise if any has unintentionally been caused.’

Bargain Hunt has aired since 2000, following two pairs of contestants as they’re challenged to buy antiques from a shop or a fair and then try to sell them at an auction.

Bargain Hunt is available to watch on BBC iPlayer.