Earlier this month, protests from French fishermen off the coast of Jersey hit headlines as disgruntled workers took to the waters in opposition of new fishing rules post-Brexit. And while the protests were widely condemned by many in the UK, it continues to hit headlines as Jersey gives French fisherman until July 1 to meet the new rules. The protests also couldn’t escape the sights of comedian Jack Whitehall who fronted Tuesday’s BRIT Awards 2021 on ITV, as he joked the fishermen had ended up attacking Coldplay.

Coldplay had opened this year’s BRIT Awards by performing on a barge in the Thames just outside the O2 Arena.

Complete with fireworks and a light display, lead singer Chris Martin got the ceremony off to a rocking start alongside his bandmates.

As the ITV cameras returned to the studio, Jack continued with proceedings, welcoming Dua Lipa to perform a medley of her songs and dishing out the first few awards.

But before heading to one of the ceremony’s first ad breaks, he dropped a savage swipe aimed at the protests. 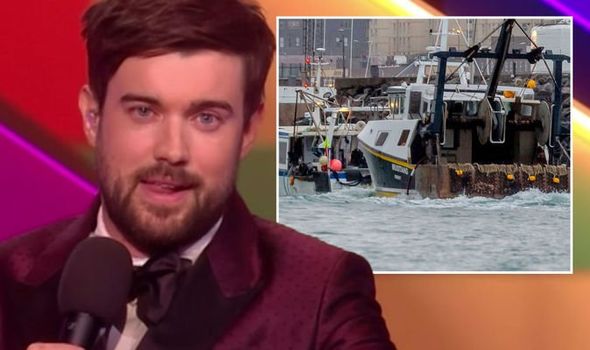 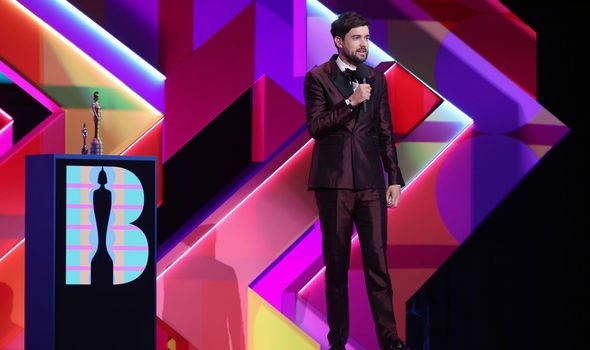 Pretending to be listening to bosses in his earpiece, Jack joked he had some breaking news.

“Coldplay’s barge has been attacked by some angry French fisherman,” the comedian joked as the audience of key workers chuckled.

He added they’d sent “the Sea Shanty guy,” to resolve the issue before heading to the commercials.

And the protesters weren’t the only ones who ended up in the firing line of the comedian during his stint on the show.

The stand-up comedian joked it was a bonus as it meant he “stopped making music”.

And he didn’t stop there as he also couldn’t resist a jibe aimed at former Good Morning Britain star Piers Morgan.

In March, Piers left his role on the ITV breakfast time show after refusing to apologise for comments made about Meghan Markle following her tell-all interview with Oprah Winfrey.

And in the months since, Piers is still yet to announce his next career move, something Jack was quick to pounce upon moments after opening the show.

“I can’t tell you how grateful we are to be here tonight,” he said to the cameras as he opened the show.

“For the first live event back in the O2 Arena. Yes, this venue has been emptier than Piers Morgan’s diary.”