The Geordie duo praised their own production staff, who have enabled shows to go ahead during the pandemic. Dec, 45, said: “They’ve kept on making something to look forward to on a Saturday night, to sit down with your family and take your mind off things.”

Ant, also 45, added: “That’s what we’ve tried to do and thank God for our production team. It’s twice as much work to get the show on air and keep everybody safe and to go through all the protocols.”

The pair’s Saturday Night Takeaway is in the running for its fourth BAFTA this weekend for best entertainment show.

But it faces some stiff competition from ITV’s The Masked Singer, Sky Arts’ Life & Rhymes and the BBC’s Strictly Come Dancing.

Strictly dancer Oti Mabuse, who won last year’s contest with comedian Bill Bailey, was among the stars speaking to Radio Times ahead of the ceremony. 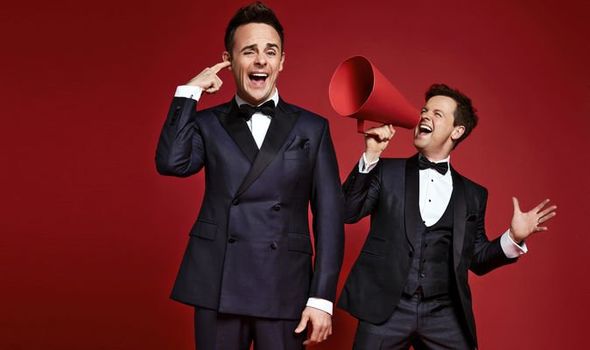 Oti said: “Strictly just gave viewers at home that little sense of normality. From crew to hair and make-up, we understood that. Every night, we all went out as a team. It became bigger than all of us.”

Sunday’s BAFTA television awards will be hosted by Richard Ayoade for a second year.

BBC anthology series Small Axe has a whopping 15 nominations, while Netflix’s The Crown is up for 10 gongs. 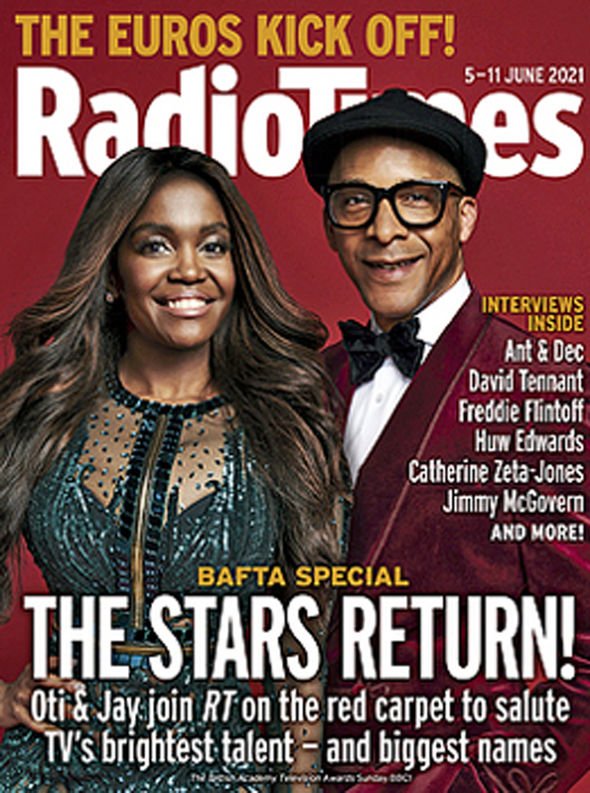 The latest issue of Radio Times has also celebrated the TV stars of 2020 with a glamorous photoshoot.

It includes David Tennant, who starred in ITV drama Des, This Morning hosts Holly Willoughby and Phillip Schofield and actress Anne-Marie Duff, who appeared in The
Salisbury Poisonings.