ON stage Anne-Marie oozes confidence as one of the UK’s best-loved pop stars, with six top ten singles and two hit albums under her belt.

But she revealed she has ­struggled all her life to come to terms with the way she looks — leading to her stopping ­eating then buying dangerous pills online. 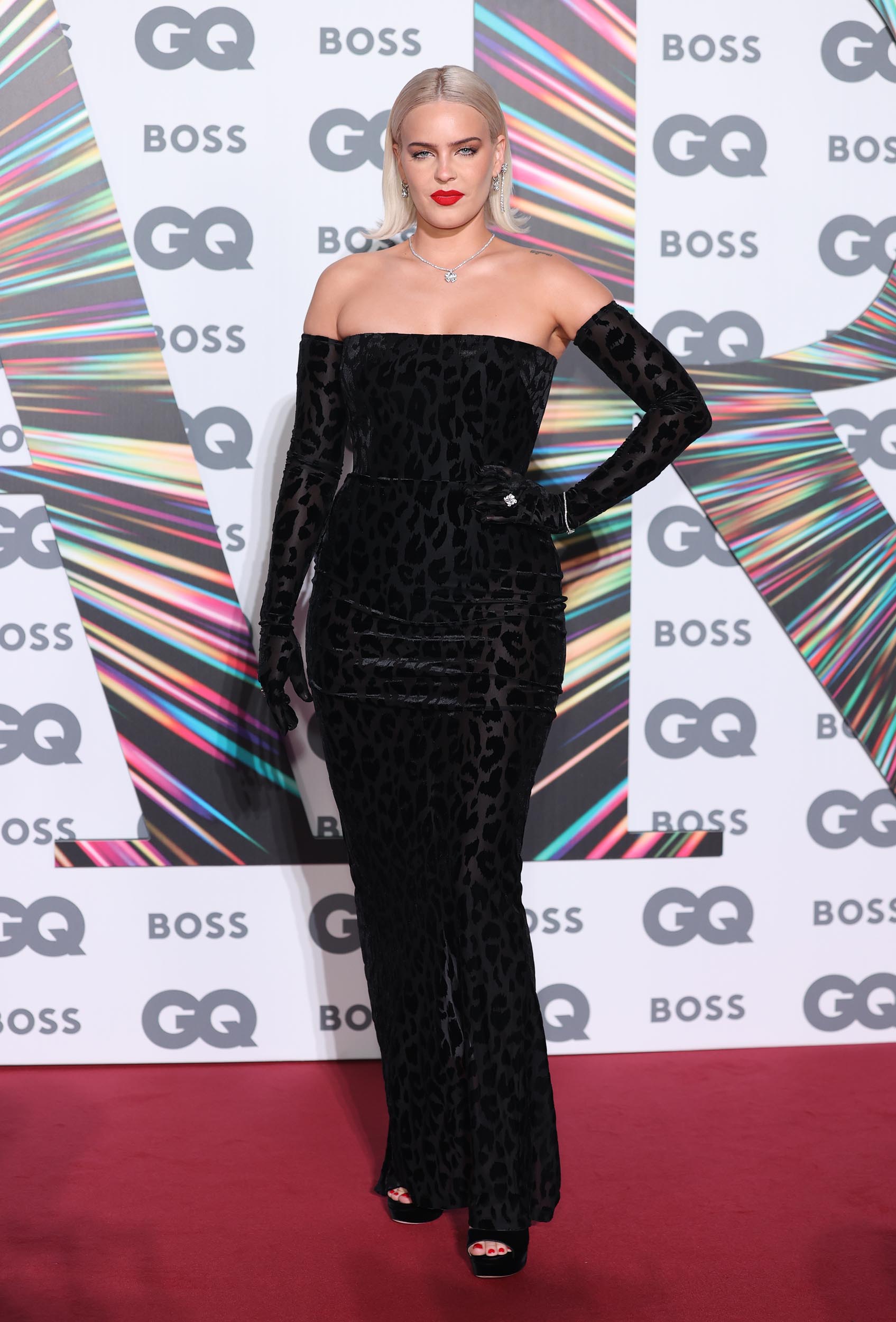 The Ciao Adios singer has penned a new book, You Deserve Better, to help readers ­overcome their demons.

In it, she recalled her own struggles.

Writing of her issues with food, Anne-Marie said she had a fear of vomiting from an early age and would restrict her meals to cheese sandwiches and crisps.

After her GCSE exams taken when she was 16, she said her weight started to plummet.

Anne-Marie wrote: “I stopped eating properly. I got really skinny — unhealthily so.”

Then, at the age of 22, she started using pills from the internet in a bid to gain weight when she went on tour with Rudimental. Anne-Marie continued: “I’d been obsessed with being thin but I started to notice the girls they found attractive were curvy.

“Of course, me being me, I took that on board 110 per cent and totally changed my approach overnight. I started buying pills off the internet that made me put on weight. It was ridiculous, and dangerous.

“But I still wasn’t happy because I was still trying to be something that I wasn’t.”

In the book, which offers pointers and information to help readers through their own struggles, Anne-Marie also opened up about hitting rock bottom.

She revealed that following the release of her debut album Speak Your Mind in 2018, she went to see a cognitive behavioural therapist.

Anne-Marie wrote: “I was so sad I couldn’t cry. I went to a CBT therapist for the first time. She told me I was on the verge of a full-on breakdown and that I was severely depressed.

“I stopped working for a bit, I pulled recording sessions and stayed at home.”

Anne-Marie said she went on to find a therapist who helped change her life for good and is now sharing her tips with readers for coping, including writing lists of what makes you feel better and setting goals.

She adds that seeing a therapist every week has helped her in many ways. Anne-Marie added: “I don’t know if I’d be here without it.”

You Deserve Better is out now. If you know someone struggling, it could be the ideal gift.

HE missed out on topping the album charts last week and now Lil Nas X has lost another No1 – after splitting from a boyfriend he described as “The One” just six weeks ago. 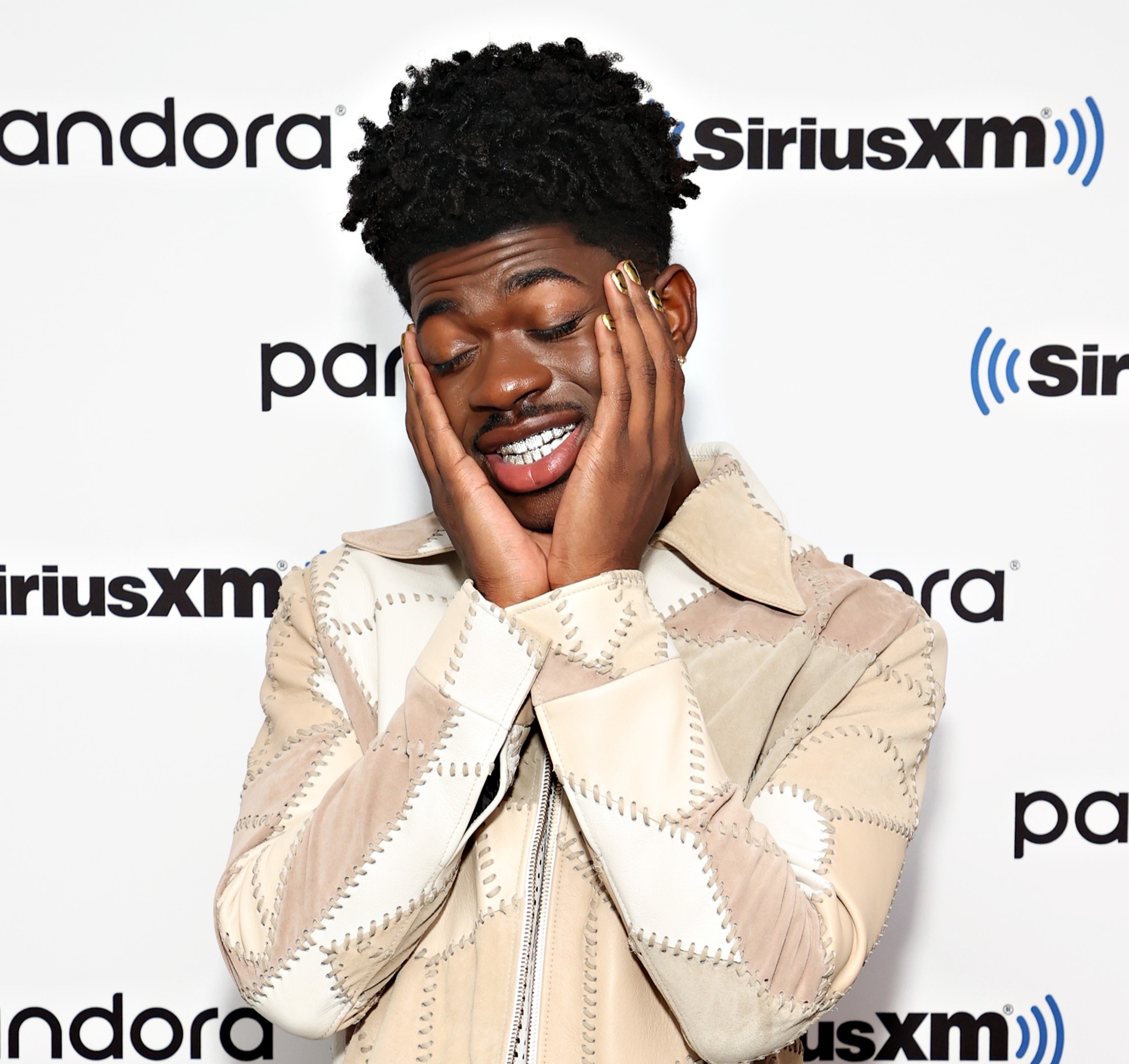 The Industry Baby rapper was believed to be dating his backing dancer Yai Ariza and said in August: “I’ve found someone special now. I think this is The One.

But now he has confirmed he is single again and in no rush to find a new bloke.

Nas, who released his debut album Montero last month, said: “I was seeing someone. Um, I kind of decided I didn’t want to any more.

“I just want to work on music and every now and then, you know, maybe I’ll kiss a guy. Every blue moon, you know.”

SUGABABES have re-released their debut album One Touch, complete with several unheard songs from back when it was recorded.

The 20th anniversary edition is out today and features rarities and new remixes from the likes of MNEK and Metronomy.

And it looks like the record could prompt a proper reunion of the original trio – Mutya Buena, Keisha Buchanan and Siobhan Donaghy.

Full comeback plans have been on and off but I’m told all three bandmates are committed to doing more together after winning back the rights to their name.

They had some tunes back in the day, so plenty will be eager to see them on stage again.

Tom's a knit of alright

EVEN super-toned Olympian Tom Daley is jealous of Harry Styles’ heart-throb status – and now he’s knitted a multi-coloured cardigan to look just like the singer’s. 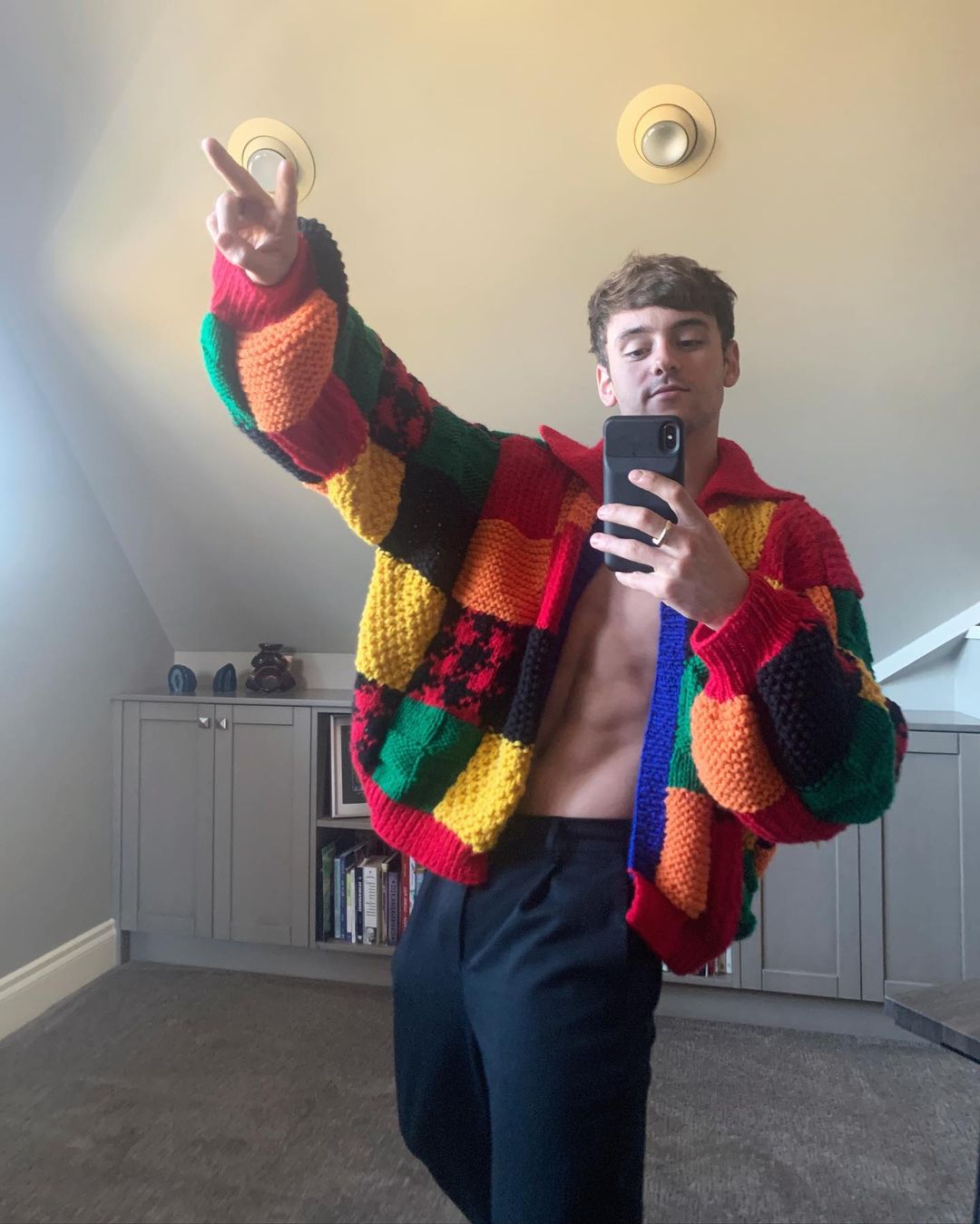 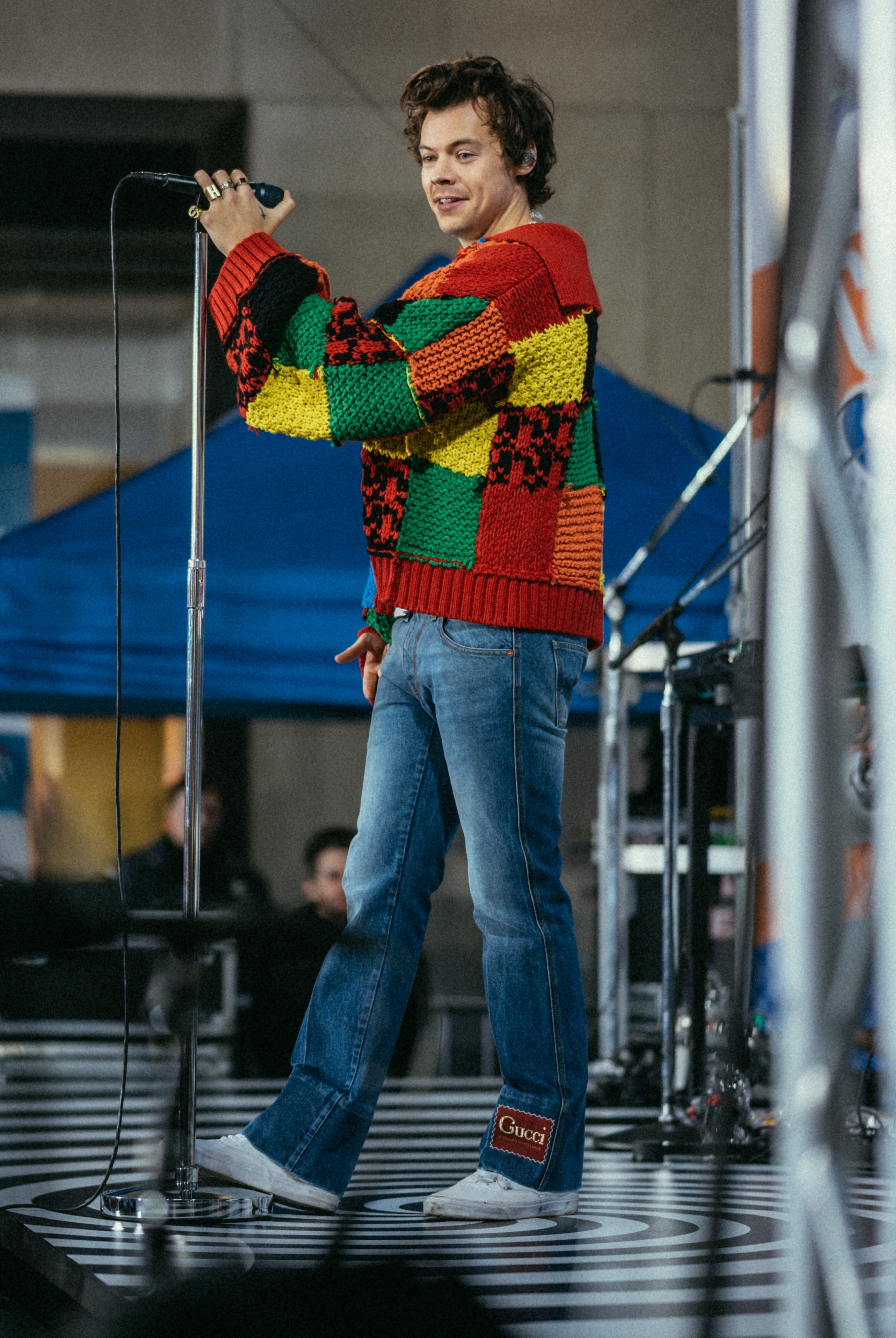 Gold medal-winning diver Tom shared a TikTok video of him making a replica of the £1,161 patchwork JW Anderson knitwear.

Harry wore it during a rehearsal for a concert in New York in February last year and loads of his fans later tried to recreate it.

Somehow, I don’t think I’d be able to pull off something like that, let alone knit it.

No Grammy regrets for Katy

She said: “I’ve been nominated 13 times before. To be honest, I always go by numbers, and they don’t lie. And I’m good with that.

“Everyone has an opinion and that’s wonderful, but numbers are numbers. Math is sacred.”

Katy’s last record was Smile last summer and now she has started working on her next release.

Speaking to Variety in the US, she added: “I’m always writing, so slowly but surely I’m carving away at my next sculpture. It has so much love behind it. That’s the driving force. I’m excited.”

OLIVIA COLMAN and Rowan Atkinson have joined Timothee Chalamet for the movie Wonka, telling the ­origins of the eccentric factory owner from hit kids’ book Charlie And The Chocolate Factory.

SIR MICK JAGGER says working on the next Rolling Stones album will be tough without drummer Charlie Watts. 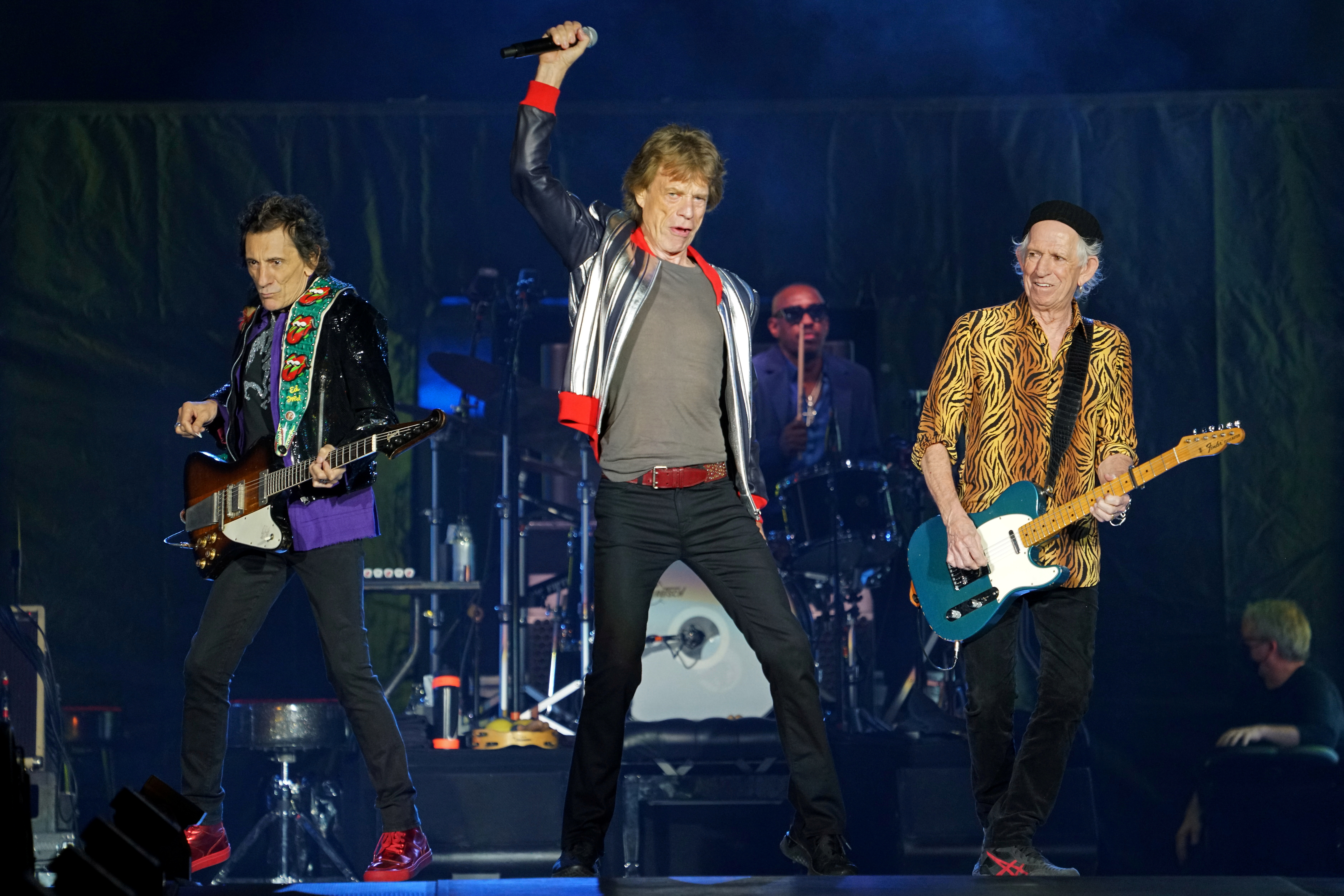 They had been putting together the upcoming 40th anniversary re-release of their collection Tattoo You shortly before Charlie died in August, but have also been making new music.

Sir Mick told Zane Lowe on Apple Music 1: “Without Charlie being there, it’s going to be very ­difficult. And we’ve got tracks, which obviously have Charlie on them. But if we do new things, we won’t.

“It seems like only yesterday that I was in the studio with Charlie, ­joshing around. It’s just so weird and then very sad.

“It’s such a long time that you work with someone like that, and you get to know someone so well.

“So you have this ease of communication with another musician. That’s very rare. I miss that.”

HIS Suffolk estate is already a miniature village and now Ed Sheeran has expanded his property empire even further. 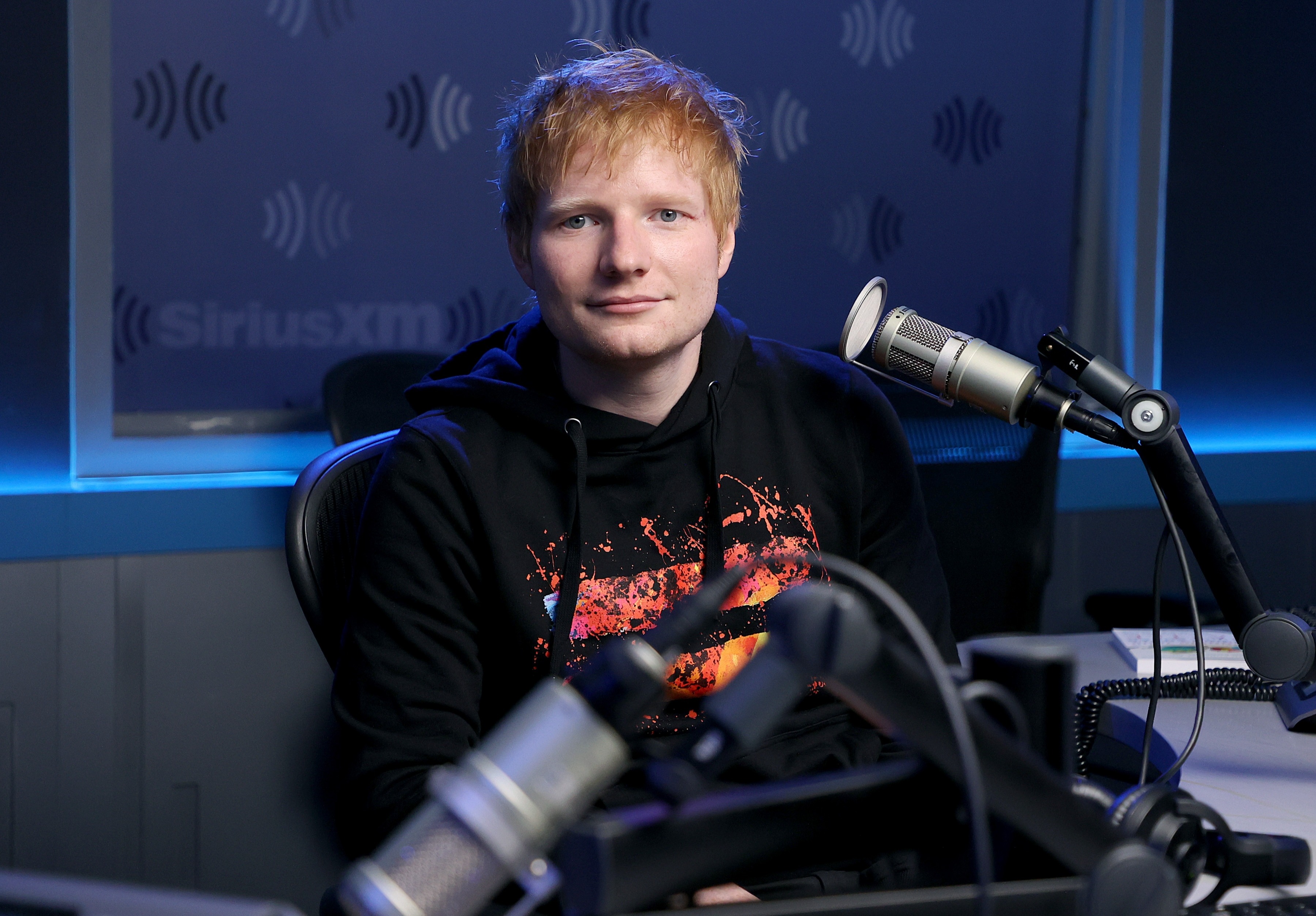 I can reveal the superstar has splashed a cool £4million on investments for his already huge housing empire.

The ventures mean that Ed’s total property empire is now estimated to be worth £65million.

He owns 27 homes in London alone, including places in Covent Garden and Battersea.

He will be able to buy a load more pads before long, having spent the past 13 weeks at No1 in the charts thanks to his hit singles Bad Habits and Shivers.

The singer has also added a load more dates to his already mammoth stadium tour which kicks off in April next year and features five nights at Wembley Stadium.

At last check, Ed was valued at £200million.

Forget a doll’s house – his one-year-old daughter Lyra will probably get a whole village when Christmas comes around.