Waiting for the next Duggar family pregnancy announcement never takes long. Every month it seems another member of the family is either giving birth, waiting to have a baby, or joyfully announcing a new addition. With so many of the adult children grown and married, it was inevitable that Jim Bob and Michelle would have many, many grandchildren.

Josh Duggar is the oldest son and so far, he and his wife Anna have the largest brood with six kids total. Fans are speculating that Anna might be pregnant again based on some thoughtfully worded Instagram posts. But even if she is adding a seventh child to the mix now or later, she told one fan that she probably won’t be the next Michelle Duggar with 19 kids. 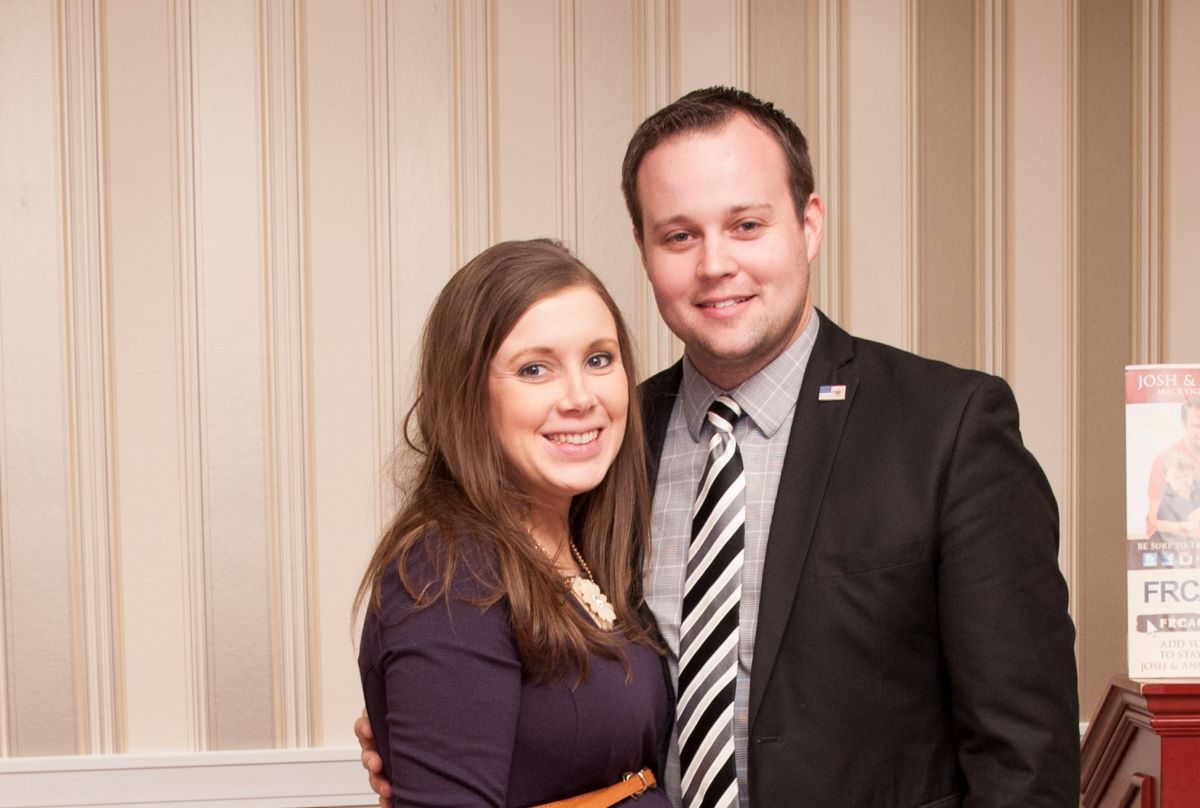 RELATED: ‘Counting On’: A Complete Timeline of Josh and Anna Duggar’s Marriage

Josh and Anna Duggar started growing their family right away

Josh and Anna got married in September 2008 and wasted no time expanding their family. Their oldest daughter, Mackynzie, was born the next year in 2009. Like his parents, Josh and Anna are practicing Christians who most likely avoid using birth control.

Their most recent addition, Maryella Hope, made them afamily of 8 in November 2019. And now fans are thinking the Duggars mightbe expecting again.

It’s official, I’m 32! It’s been such a special day! This morning some of my sisters-in-love and I enjoyed some girls time out catching up over brunch, followed by a pedicure & fun time plant shopping! 🌱 • This afternoon was spent with my kiddos – reading sweet birthday cards — and lots of hugs and kisses! 🥰 • Josh & I wrapped up the evening with a dinner date, reminiscing our engagement 12 years ago today (can you believe it’s been that long?!?!?!) and dreaming about the exciting things in store for our family in the near future!🤍 • As I reflect on the kindness and grace of God throughout my life, I am reminded of God’s greatest gift — eternal life by the death & resurrection of Jesus. The song “My Heart is Filled with Thankfulness” by @gettymusic echoes in my heart today! 💕 • • • #littleduggars

On her birthday, Anna posted a photo on Instagram that said, “It’s official, I’m 32! It’s been such a special day! This morning some of my sisters-in-love and I enjoyed some girls’ time out catching up over brunch, followed by a pedicure & fun time plant shopping!”

The photo series shows Anna participating in the activitieswith her family. Her caption continued with, “Josh & I wrapped up theevening with a dinner date, reminiscing our engagement 12 years ago today (canyou believe it’s been that long?!?!?!) and dreaming about the exciting thingsin store for our family in the near future.”

The tomb is empty, Jesus is Alive! 💜 • • • #HeisRisen #easter #littleduggars

A fan commented on the post speculating that Anna and Josh were well on their way to becoming the next Jim Bob and Michelle. “I guess Anna is following in Josh[‘s] mom[‘s] footsteps,” they wrote. “Will have another 20 little Duggars!”

But Anna quickly shot down the idea. “Well, since my babiestend to be 2+ years apart, that would put me having babies in my 60s,” shereplied. “I don’t think that will happen. I’m loving the 6 littles God hasgiven us! Each day is full of laughter, love, laundry, and a few random surprises!”

Her response to the fan may have also confirmed that Anna is not pregnant again so quickly. With her youngest daughter being born in November, she’d have to wait until early 2021 to get pregnant again if she wants to maintain the current two-year spacing.

Anna clearly loves and respects her mother-in-law, but even so, she’s not planning to have 19 kids. We’ll have to wait and see if baby number 7 joins the Duggar family.