ANDY Cohen is apparently out of the New Year's Eve business, after admittedly having a bit too much to drink on this year's CNN special, and making some controversial statements.

The Bravo host has comically welcomed in the new year alongside CNN anchor Anderson Cooper since 2017. 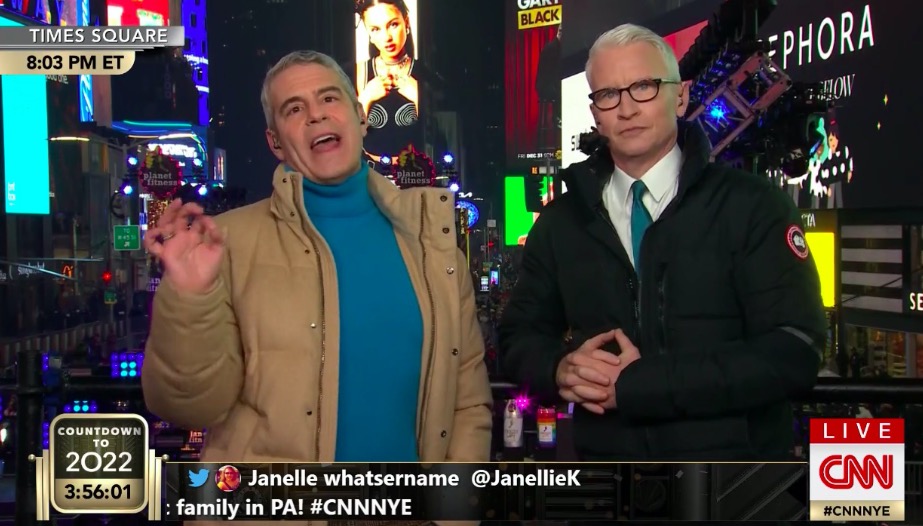 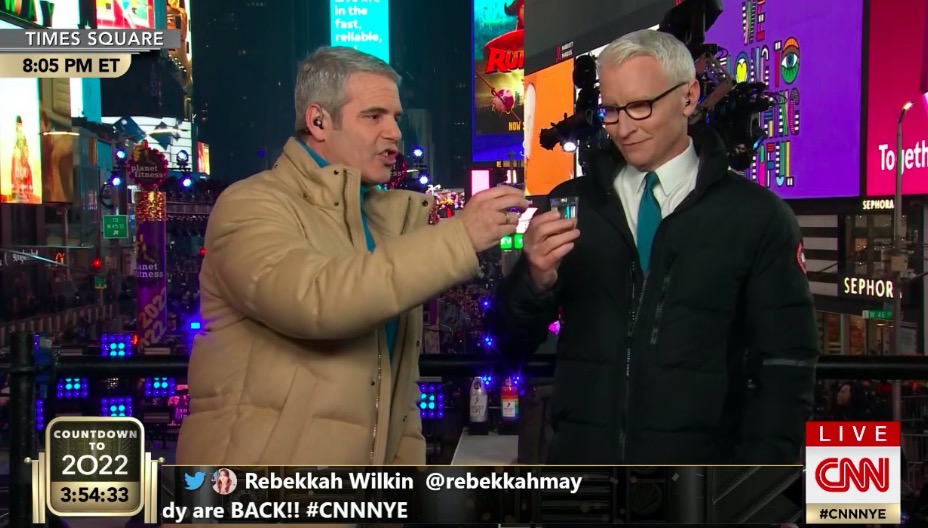 But according to RadarOnline.com, Andy, who famously and proudly likes to down tequila shots during the course of the show, has officially outstayed his welcome, after a series of "embarrassing" antics.

CNN sources who spoke to Radar say Andy, 53, has taken his last shot: "Nothing has been made official yet, but internally we have been told that Andy will not be invited back next year.

"Embarrassing himself is one thing, but embarrassing Anderson Cooper is another."

"Watching Mayor de Blasio do his victory lap dance after four years of the crappiest term as the mayor of New York," Andy said, while Anderson tried in vain to stop him, advising "don't go on a rant" and "this is how you want to start the new year?"

But Andy continued: "The only thing Democrats and Republicans can agree on is what a horrible mayor he has been… So, sayonara, sucka!"

Throughout the course of the night, the Bravo host went on to encourage his elderly parent to indulge in an edible and called viewers of Ryan Seacrest’s competing special "losers.”

The next morning, Andy attempted an explanation for his behavior, sharing on Instagram: "I was a hair over-served last night, but man did I have fun! I hope you did too. Happy New Year everybody."

However that message looks to be too little, too late.

“We claim to be the most trusted network in news and yet CNN hires Andy Cohen to make a fool out of all of us New Year’s performance?" a CNN insider told Radar. "Andy doesn’t even work for CNN and yet he has been the face of our network for the past 48 hours. It is embarrassing and real CNN staffers are very angry."

The comedian was dropped from the show after 10 years when she took a now-infamous photo holding a fake bloody head that appeared to represent Donald Trump.

Kathy then joked by getting a little less coy and little more specific: “Happens every year on New Year’s Eve. I’m not even going to say if it’s related to y’know, television. I’m too private :)”

Andy was known for his outlandish behavior on the special, and reveled in the opportunity to needle 54-year-old Anderson.

The two would famously enjoy several alcoholic drink as the night progressed, and led off this year's telecast with a special tribute shot to Betty White.

But even sources at his own network say the Watch What Happens host went too far this year.

"What did CNN expect? This is the guy that created The Real Housewives," another insider told Radar. "He interviews reality trainwrecks, not world leaders and real newsmakers.

“Andy works for Bravo’s parent company NBC, but they didn’t want him that night. Instead, they went with Miley Cyrus and Pete Davidson. If Andy wants to make a fool of himself on December 31st better he do it on CNN rather than NBC.”

The departure of Andy may also lead to the end of Anderson's count-down time as well, according to the CNN insider.

"(It) was already known that Anderson doesn’t want to host next year’s special. He would rather ring the new year in with his son.

"And without Anderson thankfully there will be no Andy Cohen.” 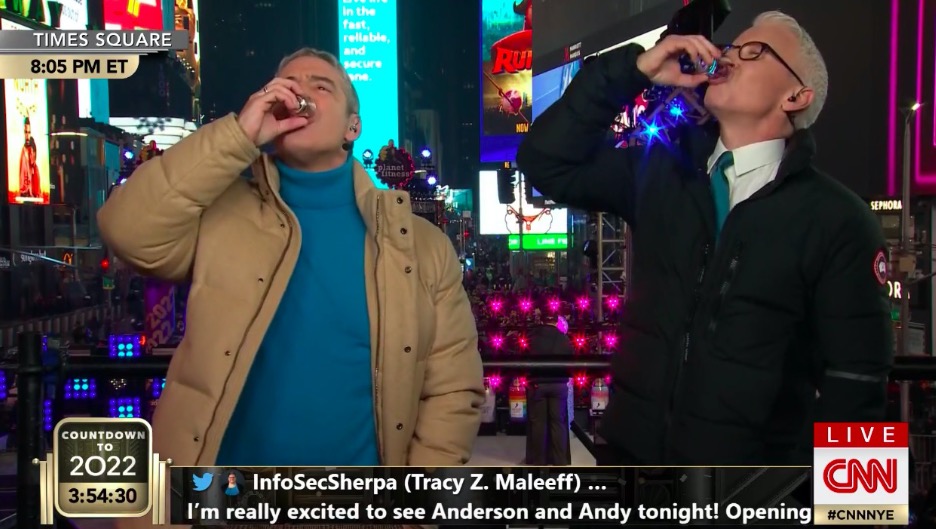 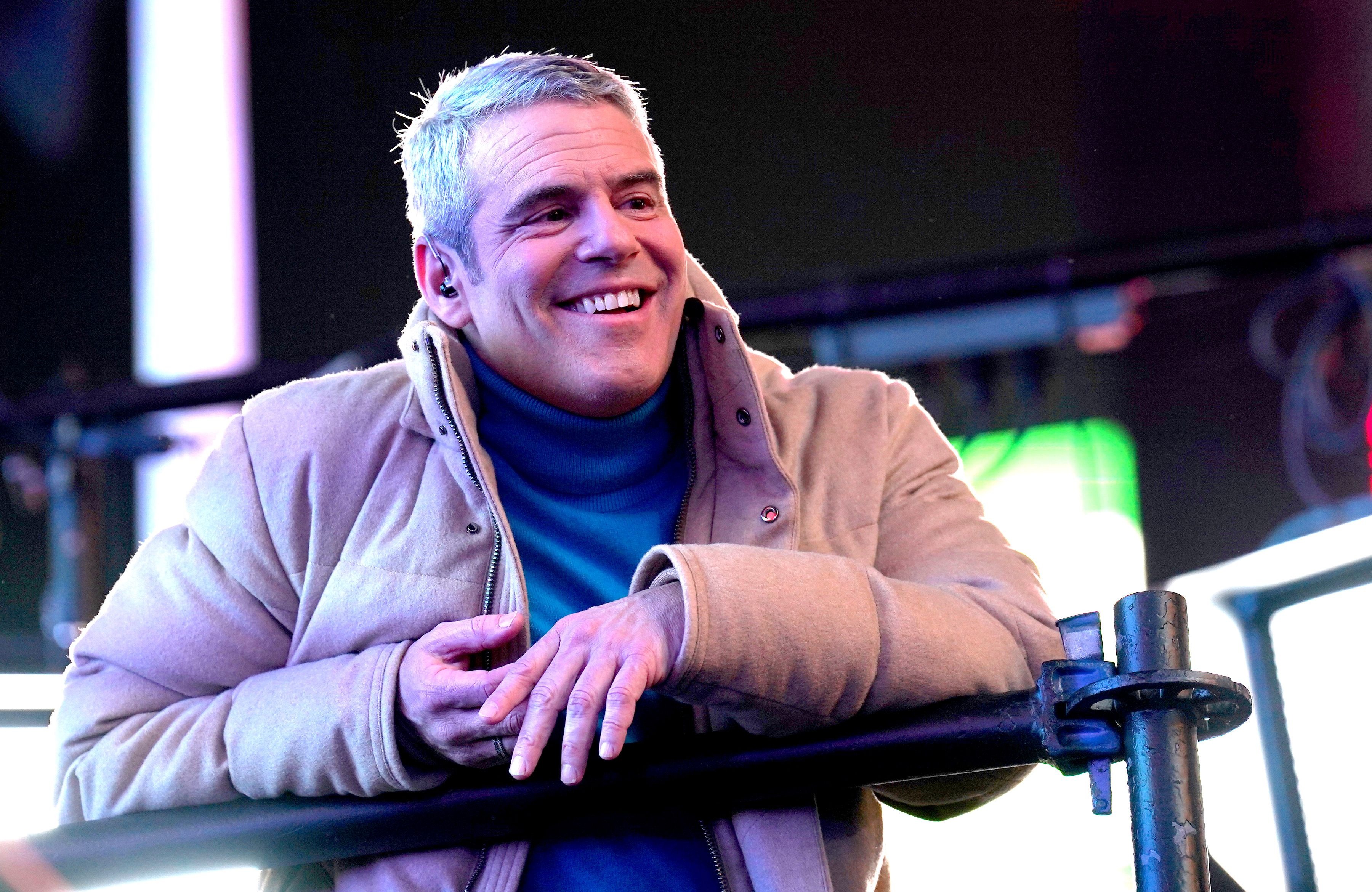 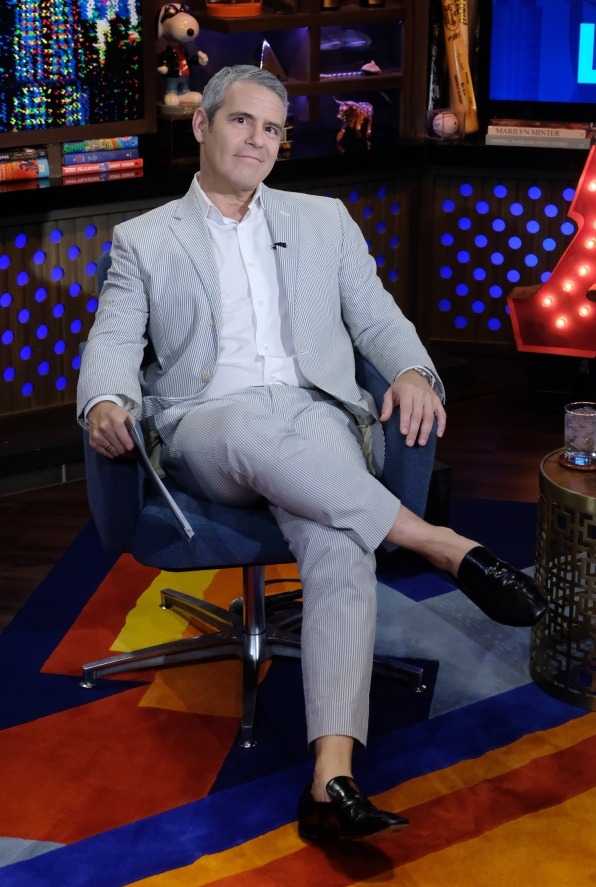