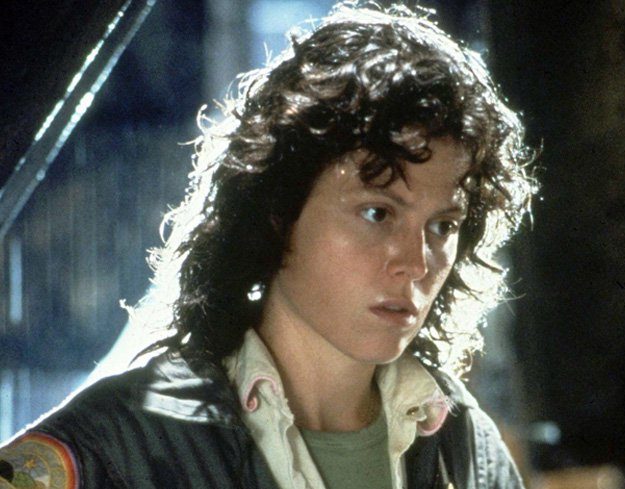 The Alien TV series will not follow Sigourney Weaver’s trail-blazing protagonist Ripley and will be a poignant comment on ‘inequality’.

The original 1985 Ridley Scott movie is still one of the most visually appetising films to date, and followed working-class cosmic merchant marines who discover they’re not alone on their space ship, joined by a cargo with a deadly blood-thirsty species on board.

Ripley is easily one of the most spectacular heroes of all time, which is exactly why the new series, directed by Fargo’s Noah Hawley, won’t be her next chapter on the small screen.

‘I don’t want to mess with it,’ Hawley told Variety. ‘It’s a story that’s set on Earth also. The alien stories are always trapped… Trapped in a prison, trapped in a space ship.

‘I thought it would be interesting to open it up a little bit so that the stakes of “What happens if you can’t contain it?” are more immediate.’

Hawley explained the Alien franchise has always been a story about ‘inequality’, with the working class being left to face the monsters, sent to doom by a nameless corporation.

‘It is the story of the people you send to do the dirty work,’ he said.

‘In mine, you’re also going to see the people who are sending them. So you will see what happens when the inequality we’re struggling with now isn’t resolved.

‘If we as a society can’t figure out how to prop each other up and spread the wealth, then what’s going to happen to us?’

The message appears to have been lost on some fans of the Alien films, however, with many bizarrely taking issue with the series taking a political stance, as if it hadn’t always been there.

‘Yes, inequality sucks… but does it really need to be put in an ALIEN series?’ wrote one critic, which was echoed by another who vented: ‘Oh great. Why can’t this be about folks fighting aliens instead of this woke nonsense!? I miss the days where entertainment was about entertaining, not forcing agendas in your face. Are they going to make Robocop woke next?’

Another fumed: ‘WTF does ‘inequality’ have to do with watching an alien kill 7/8th of the cast?’

Naturally, others have jumped to Hawley’s defence, pointing out the obvious.

One fan explained: ‘The Alien series has always been about class inequality. The rich corporation decides to f**k over it’s workers in order to make more money. That’s literally what Alien was about.’

Another agreed: ‘Some of these replies are wild. The entire franchise, even as the movies switch genres, has had a political undercurrent. In nearly every movie corporate neglect for the sake of greed lead to people suffering and getting killed!’

Regardless, production on the Alien series isn’t expected to kick off until 2022 at the earliest which gives people plenty of time to get to grips with the concept of the Alien franchise.

The Alien TV series will air on FX.