ADAM Woodyatt’s estranged wife is furious after he signed a six-figure I’m A Celeb deal — while she relies on food handouts.

EastEnders’ Ian Beale is yet to settle his divorce from Bev Sharp. 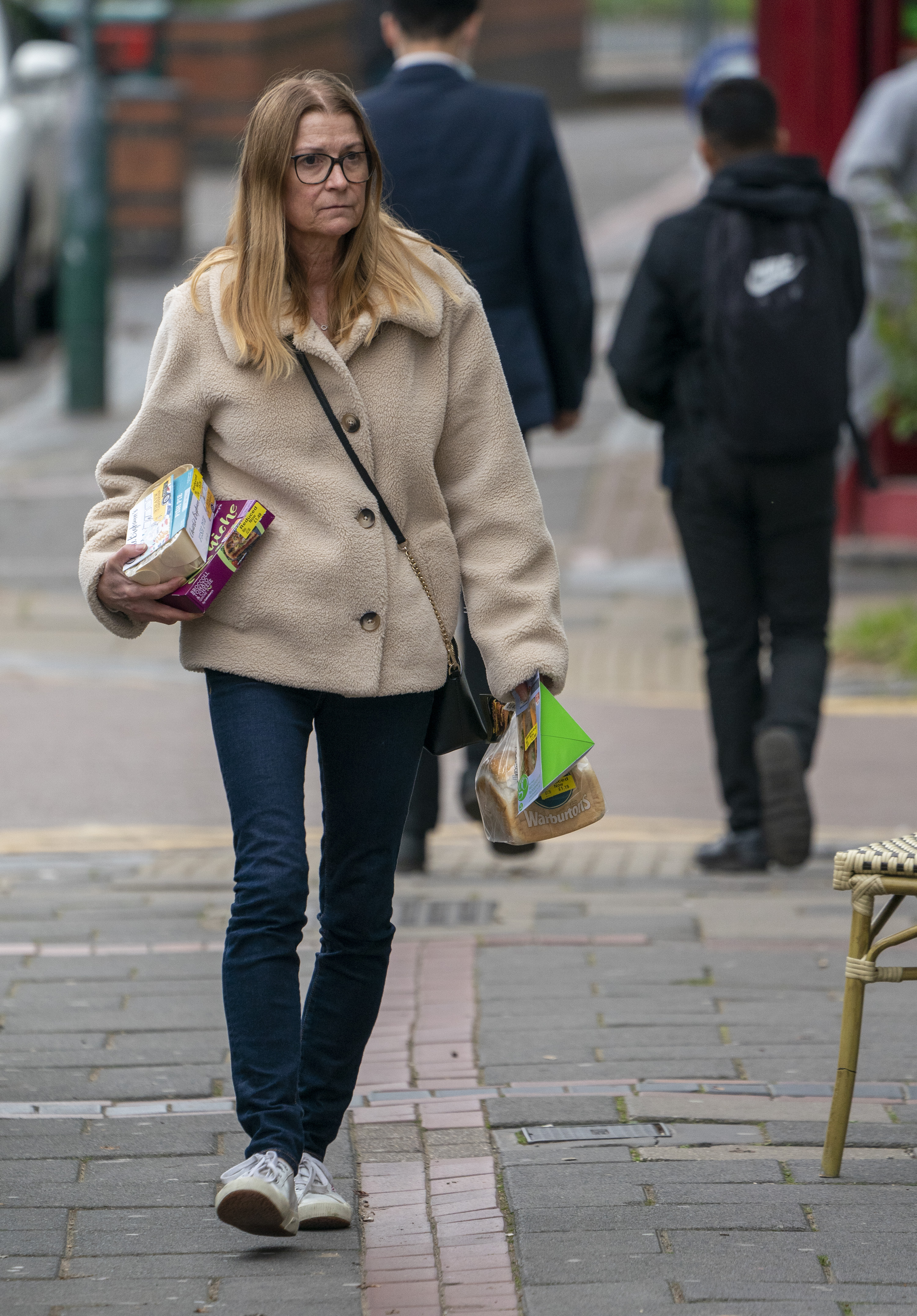 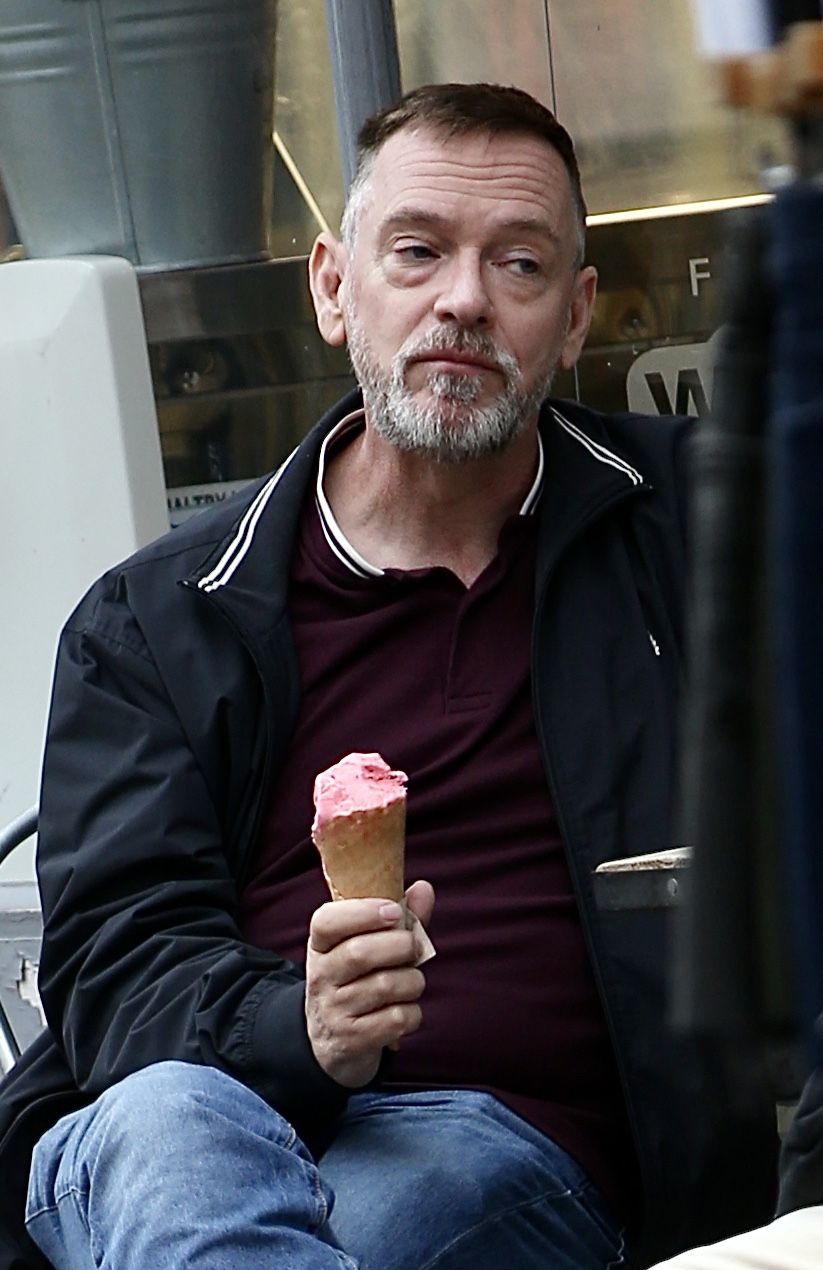 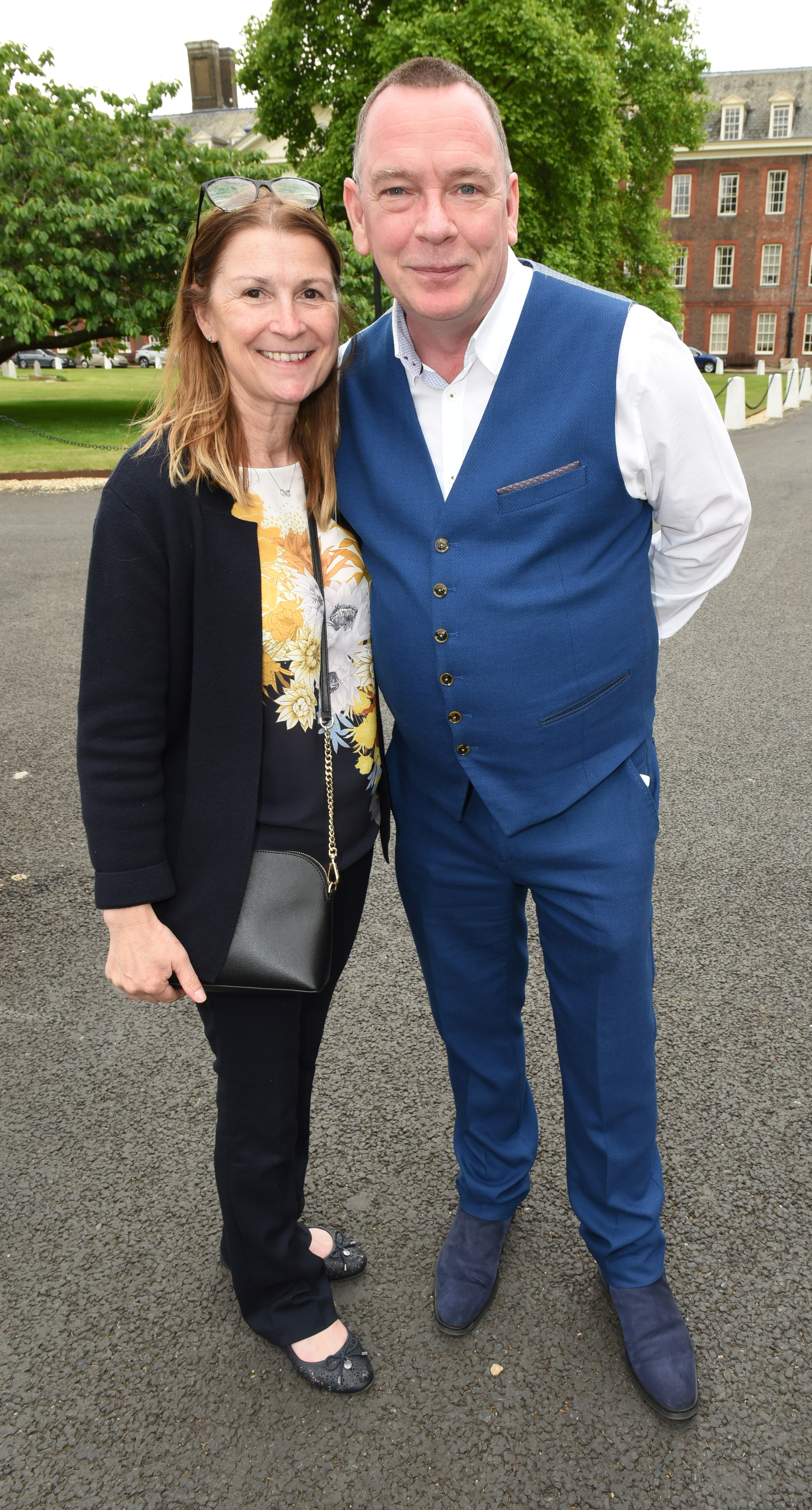 Our exclusive pictures show Bev, 56, clutching reduced-price food including bread, a fish pie and quiche on a shopping trip.

She once negotiated the EastEnders actor’s six-figure salary plus panto deals as his agent — and is mum to their two children.

But she is now said to be struggling financially — and has been given food parcels by worried family.

Adam, 53, — who plays Ian Beale in the BBC soap — has signed a contract reputed to be worth as much as £250,000 to appear in the reality show before their divorce has been settled.

Pals say Bev will get him back by having his voting number for the Bushtucker trials on speed dial.

An onlooker near her home in Borehamwood, Herts, said: “Bev looked a bit down on her luck and alone.

“You could see the yellow stickers used when food items are coming to the end of their sell by date.”

A pal of Bev added: “She has really struggled financially and relied on food donations on occasion recently from family and friends.”

The friend went on: “Adam can be pretty grumpy on occasion, by all accounts, so it’ll be interesting to see how he gets on with his fellow camp mates.

“I think it’s inevitable he’ll end up getting picked for lots of trials and I wouldn’t blame Bev if she had his number on speed dial after all the pain and upset he’s put her through.

“She is quite likely to be one of those voting for him, and I don’t think she will be alone in that.

“But on a serious note, I hope his time in the castle will give him time to reflect on how he’s treated Bev.

“She had been at his side and supporting him for so long before he walked out.

“You can tell that Adam likes his gourmet food just by looking at his Instagram. So I don’t know how he’ll get on eating rice and beans.”

I hope his time in the castle will give him time to reflect on how he’s treated Bev.

Adam is now believed to be making interim maintenance payments to Bev.

Last Tuesday he tucked into ice cream in Brighton as he tours with the play Looking Good Dead during an indefinite break from the BBC soap.

This month, Adam has posted snaps from the Theatre Royal Bath and the posh Purslane restaurant in Edinburgh.

We told two weeks ago how he had signed for I’m A Celebrity, which will again be based at Gwrych Castle in North Wales.

He will join stars said to include TV presenter Richard Madeley and Coronation Street’s Lucy Fallon.

Celebrities have previously landed bumper deals of more than £250,000 to take part in the flagship ITV show.

Adam is understood not to have discussed the show — or his earnings — with Bev.

Our source added: “It’s maddening for Bev that Adam is about to traipse off to Wales for the programme while their divorce still hasn’t been settled.

“He walked out on her after more than 20 years without an explanation and has left her hanging ever since.”

The couple tied the knot in a private ceremony in Disney World, Florida, in April 1998. But he quit the marriage in August 2019.

We revealed this January how Bev’s friends feared she was not getting a fair deal.
And sources told us she was concerned his break from EastEnders could be a way of driving down his income.

He is the soap’s longest-serving cast member having been in 1985’s first episode.

Bosses are unsure if he will return after his break. I’m A Celeb chiefs offered him a bumper deal to be on their show.

An insider said: “Adam was a big target. He’s a soap legend and certain to be a huge hit with fans.

“But they knew they might have their work cut out because he has been quite reticent to do interviews or reality shows in recent years.

“When you consider how long he has been a household name, he has only agreed to a handful of TV appearances outside Albert Square. And he isn’t known for being a red carpet regular either.

He walked out on her after more than 20 years without an explanation and has left her hanging ever since.

"So it’s a huge coup to have reached this point, and everyone is very excited about having him on the show. He’s a brilliant addition.”

Adam made his debut in Albert Square as teenager Ian, son of Kathy Beale (Gillian Taylforth) in February 1985 and has appeared in more than 3,000 episodes.

But in August last year it emerged he was written out, as Ian recovers from being poisoned.

In May, Adam said the break would last until at least next year.

He and Bev have children Jessica, 28, and Samuel, 23, together. The star told pals he was living in a motorhome following the marriage break-up.

Campmates including Adam and Richard will have to go into a Covid bubble before I’m A Celebrity — hosted by Ant and Dec — returns to our screens from next month.

It is taking place in North Wales for a second year after being switched from Australia due to pandemic restrictions.

Representatives for Adam did not respond to a comment request. 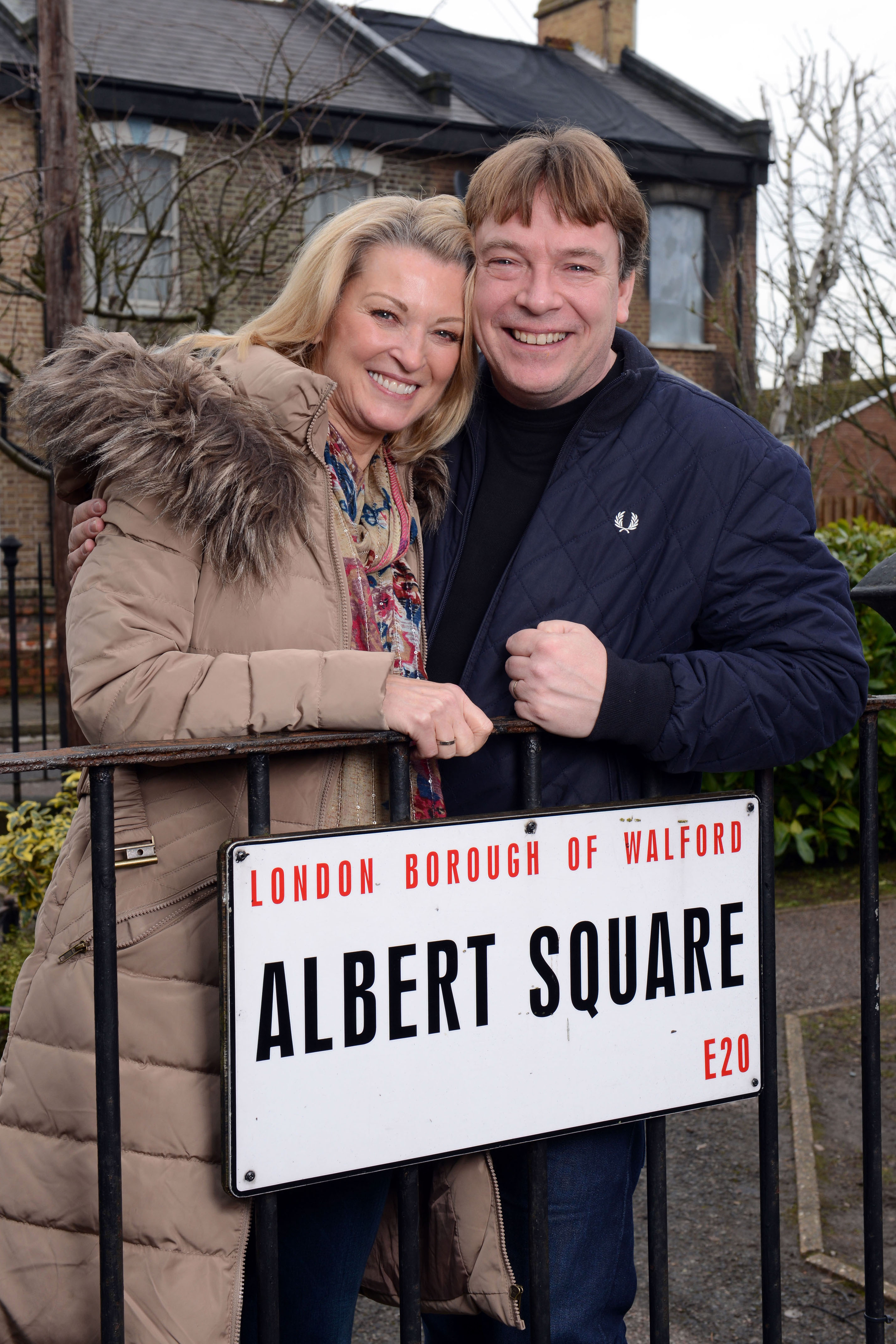 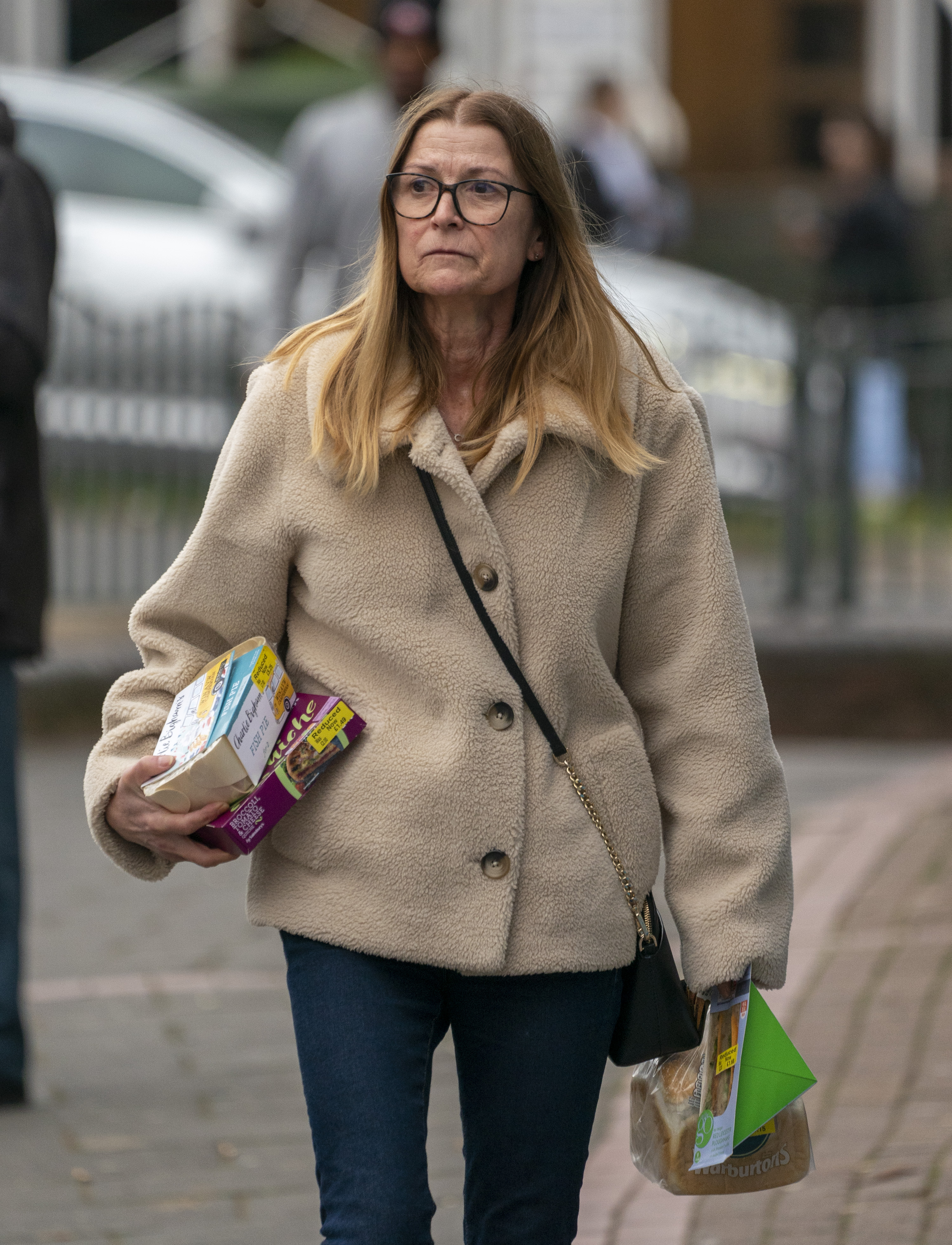 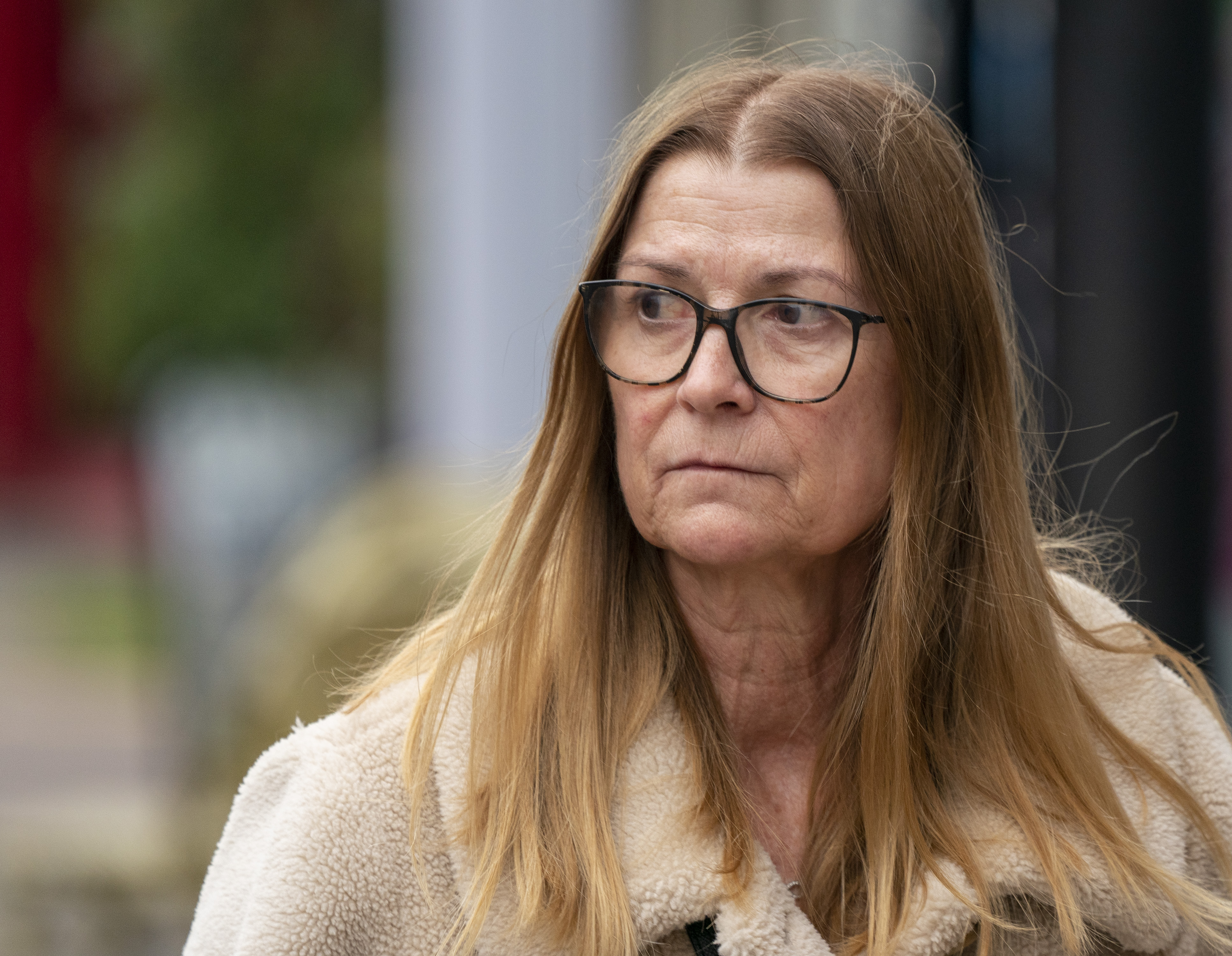 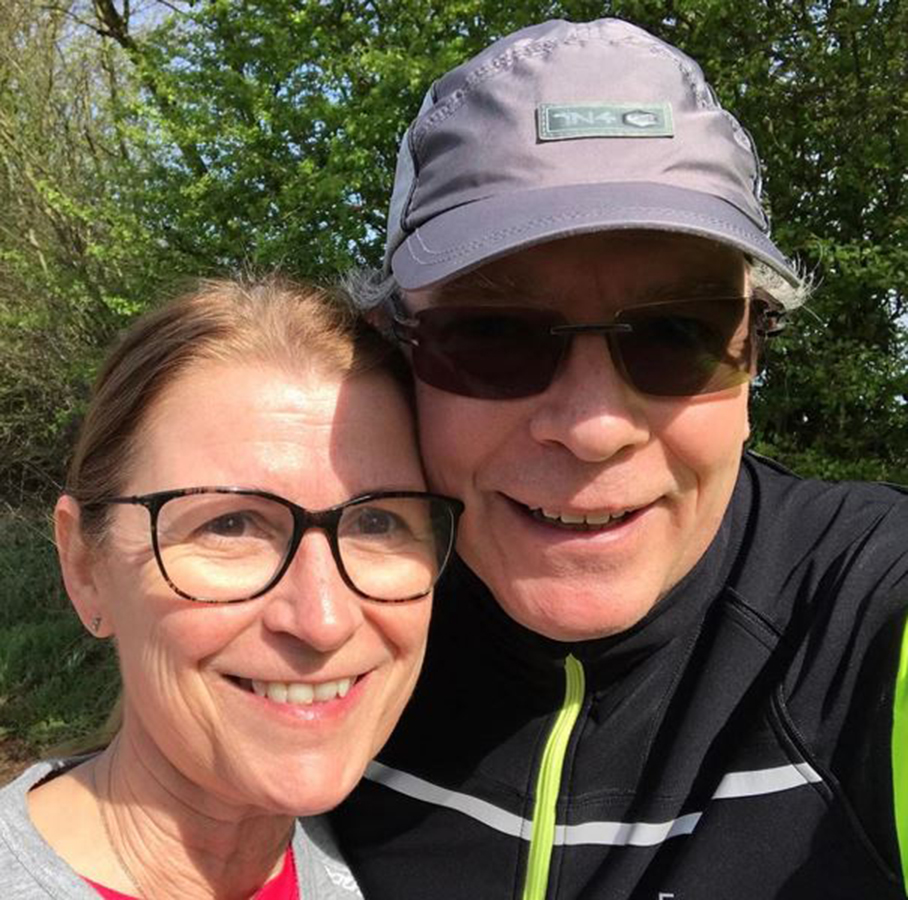