A Place in the Sun’s Ben Hillman brings halt to property hunt after guest’s plans ‘Stop!’

Ben Hillman was the property expert tasked with finding newlyweds Cormac and Maxine their dream holiday home in the French region of Riberac on today’s episode. While the Channel 4 host is used to accompanying couples abroad, Wednesday’s episode was certainly unique as the pair revealed Ben was actually joining them on their honeymoon. Keen to make their special trip away complete with a dream holiday home, Ben had plenty of options up his sleeve – but had to tell Cormac to “stop” when he detailed what he had planned.

After failing to impress with property number one, Ben took Cormac and Maxine to the town of Cressac to see if he would fare any better.

And he did just that as both the A Place in the Sun guests were bowled over by the second property he had to show them.

On the market for just over £107,000, the traditional-looking property came with its own barn and adjoining garage as well as a garden and allotment.

“Wow, keep talking,” Cormac told Ben as he reeled off the details, while Maxine was similarly in awe as she said: “Surely not.” 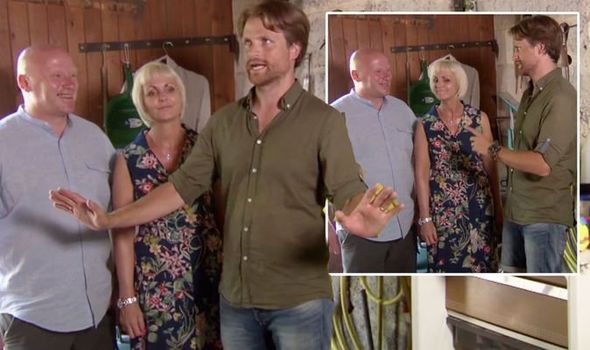 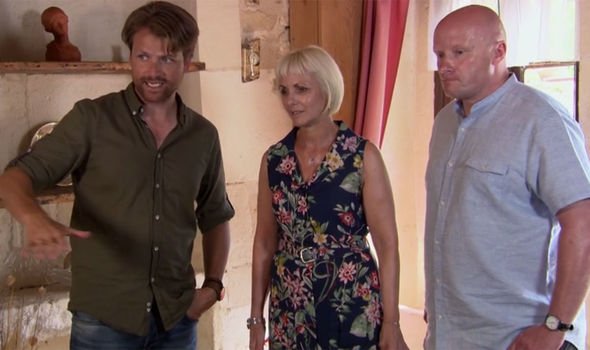 And when inside the two-bedroom property, the appeal of the house only continued to grow as Maxine and Cormac warmed to its interior.

Not only that, but all of its commodities were included in the listing, from the lawnmower to the furniture.

“Everything you see comes with (the property),” Ben told the two, branding it “mind-blowing”.

However, when they got to the barn extension, it’s safe to say Ben was stopped in his tracks. 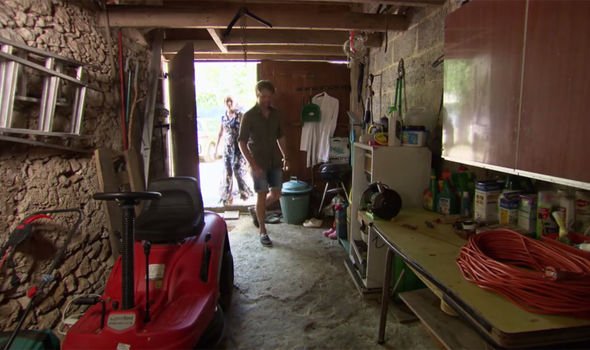 “I know what you’re going to say about this space,” Maxine said as she turned to her husband.

Maxine then explained to Ben her other half could use the space for his train set – catching the A Place in the Sun host off-guard.

“Urm, stop!” Ben exclaimed. “Now when I started out, I said don’t surprise me with boats and things like that.

DON’T MISS:
A Place in The Sun: Jonnie Irwin hits back after disagreement
A Place In The Sun presenter speaks out on rivalry with co-stars
A Place in the Sun’s Jasmine Harman called ‘unfair’ as couple in tears

After getting over the train set shock, Ben was keen to find out what the two’s impression of the property was.

And he was happy to discover he had a contender on his hands.

However, the second choice was trumped by Ben’s final offering.

The ‘Sixties House’ he had to show them both as his final property led to Maxine and Cormac making an offer.

And luckily for them, their opening offer of £105,000 was accepted and the two did indeed land themselves their dream holiday home.

A Place in the Sun continues weekdays at 3pm on Channel 4.