A Place in the Sun: Jean Johansson stunned by couple’s double U-turn ‘What?’

A Place in the Sun: Couple say they ‘loved’ house

In a recent episode of A Place in the Sun, presenter Jean Johansson worked hard to find a couple their dream home on the Costa del Sol in southern Spain. With a maximum budget of £250,000, newlyweds Debbie and John were looking to leave the UK and settle down. However, the pair surprised Jean when they flipped their opinion on one of the properties.

Healthcare workers Debbie and John, from Wales, told A Place in the Sun host Jean they were looking for a property near the beach.

The pair revealed they wanted to find a home with a minimum of two bedrooms and a secure garden for their two dogs Dolly and Betty.

Jean took up the challenge of finding the couple their dream home and selected a number of properties in Benalmádena for them to view.

The first property was a two-bedroom townhouse built on three levels, with a garage and a communal pool. 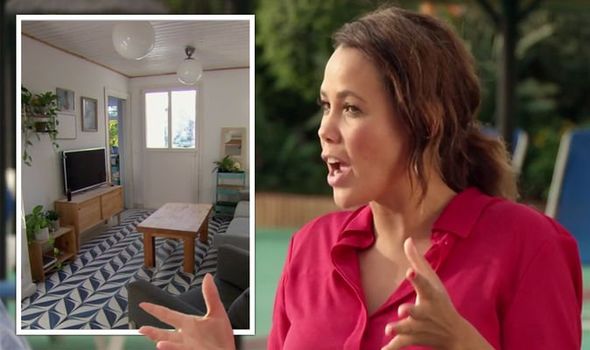 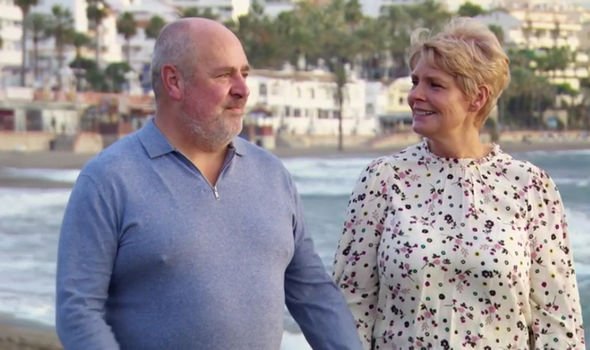 Property number one came bang on budget for Debbie and John however, when they entered the property the pair weren’t shy with voicing their opinions.

Debbie agreed with her new husband: “It feels like a holiday home rather than a home.”

With it being clear Debbie and John weren’t happy with the first property, Jean quickly took them over to the second.

Property number two was an end of terrace three-bedroom house that shared a communal pool with 115 properties.

The house was on the market for just under £245,500, but Debbie and John still weren’t impressed.

While taking a look around the property Debbie said: “Something is not quite doing it for me.” 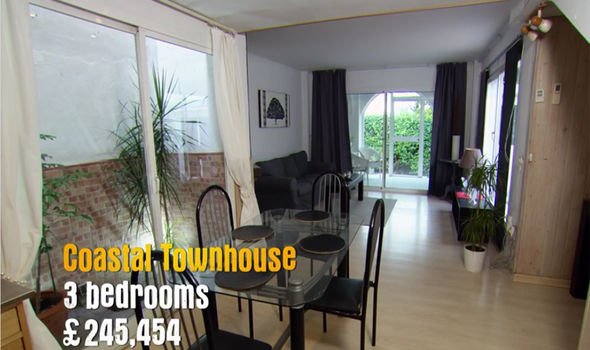 John agreed, pointing out that he wasn’t a fan of the layout: “Just not getting this at all,” and Debbie added: “It’s a nice home for someone, but not for us.”

Trying her best to keep the couple’s spirits up, Jean said: “Positivity guys!”

She then took the pair over to property number three hoping it’d make a better impression.

The third house was recently refurbished boasting three bedrooms and a garden.

The bungalow was on the market at over Debbie and John’s budget at just over £263,500.

Debbie instantly seemed happier with this property, saying: “Much more positive about this one.”

When they took a look out in the garden she revealed: “The dogs will love it.”

Clearly relieved at the couple’s positive reactions, Jean said: “I’m hoping for a thumbs up with this one.”

She asked the pair what their verdict was and Debbie revealed it was a contender.

John agreed the home felt like a good fit for them: “It just feels right.” 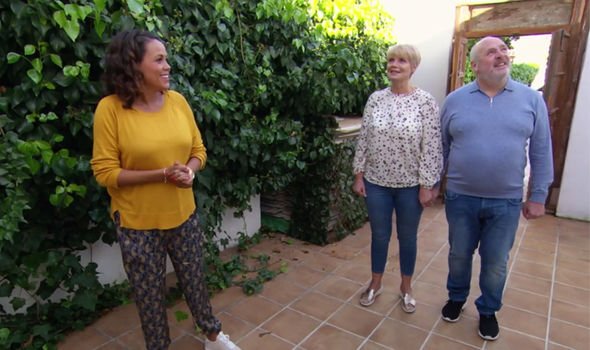 Property number four offered up even more space, with five bedrooms and four bathrooms and again, it was over budget and on the market for just over £262,500.

It gained another positive reaction from Debbie: “It’s a lot of house but it’s lovely”

The couple then revealed they actually preferred this to the previous property.

A shocked Jean responded: “No? You loved that house before. This one’s knocked it out? What did it?”

Debbie replied: “Just the location. Look at how lovely it is.”

However the pair surprised Jean once more at the end of the episode, when they revealed they had changed their minds yet again.

When discussing their feelings after viewing five properties, Debbie revealed: “Property 3 is in property 4 is out.”

But, the pair still failed to come to a final conclusion as Debbie explained: “It’s a massive decision – a whole life change for us.”

John agreed it was a big decision, adding: “We have to get that right.”

A Place in the Sun airs on weekdays on Channel 4 at 3pm.