8 Burning Questions for Hollywood, Media and Tech for 2021

Who will rise to the top of the streaming food chain, and how will cable networks cover a Biden presidency?

It has been an industry-shaking year for Hollywood, the media and Silicon Valley. Now the question is, what does their future hold?

The coronavirus pandemic accelerated the streaming boom and forced film studios to reimagine the movie premiere. The year also has been remarkable for the tech world, with government regulators increasingly going after giants like Facebook and Google, while, at the same time, President Trump making TikTok his personal Public Enemy No. 1.

With that as a backdrop, there are several lingering, burning questions TheWrap has heading into 2021. From gauging who will rise to the top of the streaming food chain, to how cable networks will cover a Biden presidency, there’s no shortage of big-picture questions.

1. Will we ever see a “traditional” broadcast pilot season again?

Because the pandemic shut down filming for pretty much everything in early March, last year’s pilot season was largely scrapped, with most shows getting a greenlight based on the pitch meeting alone. During what we would consider the traditional pilot pickup window of late April/early May, broadcast networks only greenlit seven pilots (though the total number of new series this season was closer to 20).

Even as the pandemic (hopefully) recedes in spring, the reorganizing of major media companies like NBCUniversal, Disney and WarnerMedia around their streaming services could make what was touted as a one-year change more permanent. After all, most broadcast networks don’t even have individual executives in charge anymore.

Disney announced some 30 new series for Disney+ during its four-hour investor day blitz earlier this month, and none of them were based on pilots. The broadcast model feels more and more archaic each year. It might be time to put that, along with those glitzy (and expensive) upfront presentations, out to pasture. 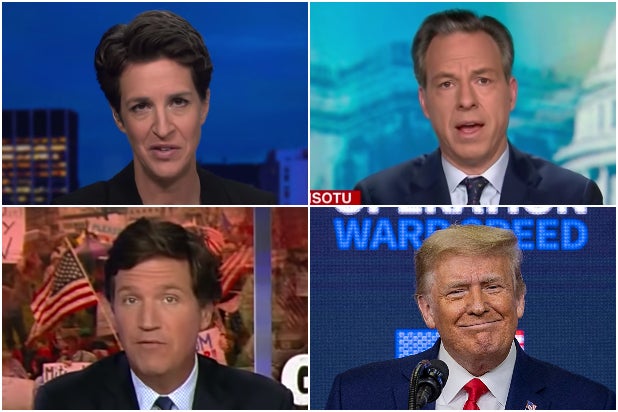 The news cycle moved at breakneck pace during the four-year Trump administration, with the scandal-plagued 45th president providing fodder that was ripe for the 24/7, instant-gratification audience. And news outlets, from the New York Times and Washington Post to cable networks CNN and MSNBC, saw their businesses — and importance — grow right alongside.

But now with a less controversial and more stable Biden administration coming in, is the “Trump Bump” going to outlast Trump himself? While conservative outlets like Fox News have been raging about how “bad” the incoming Biden presidency will be for the country, we’d bet C-suite executives are privately happy. After all, Fox News’ ratings rose to the top of the cable news landscape during the eight years of the Obama administration.

While the still-worsening pandemic and vaccine rollout will give news organizations plenty to write and talk about in 2021, we’d be pretty shocked if Biden stepped on anywhere close to as many political land mines that Trump gleefully galloped over during his rocky tenure in the White House. 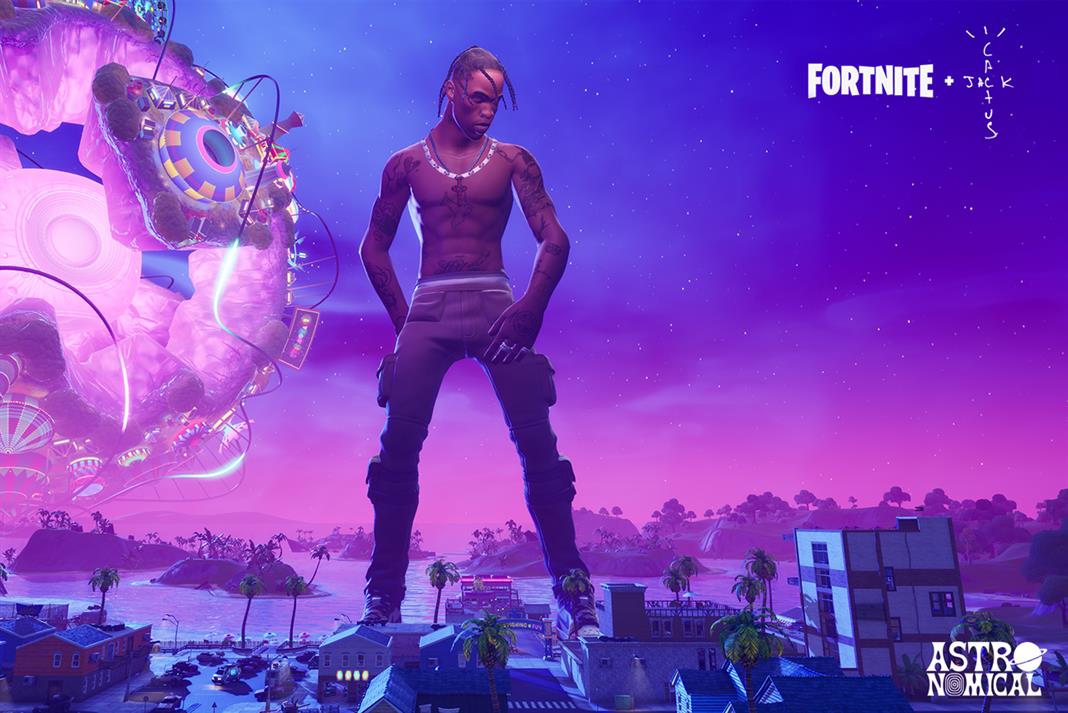 3. Will virtual concerts be a post-pandemic mainstay?

The coronavirus pandemic essentially brought the live event business to a complete standstill. Despite the first injections taking place around the world, with more vaccines expected to be approved in the coming weeks and early part of 2021, the future for live concerts remains as murky as ever.

Rapper Travis Scott may have found a way for artists to not only perform safely in front of millions of fans (from the comfort of their own homes), but he may also have changed the business forever. In April, more than 12 million people logged on to popular online game Fortnite to watch his virtual concert. The 9-minute set reportedly earned Scott a whopping $20 million including merchandise sales. His 56-city “Astroworld” tour in 2019 earned him $53.5 million, a little less than $1 million per stop.

While live tours will eventually come back once the pandemic finally recedes, it might not make as much as sense for anyone to go on a lengthy, and tiring, 18-month tour around the world.

4. How many blockbusters will premiere on a streaming service rather than in theaters?

For the movie business, the tug of war between streaming and theaters figures to be the story of 2021. As with live concerts, we’re not yet sure when people will feel safe enough to sit in a crowded, enclosed theater of 50-60 other strangers. Most guesses put that toward the back-half of 2021, assuming the vaccine rollout goes smoothly.

But after a year that was already filled with film production delays again (and again), how much longer can studios keep movies on the shelf collecting dust? Warner Bros., if you’ve been living under rock, angered nearly the entire filmmaking community with its decision to put out all 17 films next year on HBO Max on the same day they’ll be available in theaters. HBO Max chief Andy Forssell told TheWrap the move is very much an experiment amid unconventional circumstances, but most in the industry fear there would be no going back after that particular genie is out of the bottle.

While other major studios, especially Disney, are still bullish on big theatrical runs for their prize films, don’t count us surprised if something like “Black Widow” or “Mission: Impossible 7” ends up on streaming far earlier than everyone expected.

5. How will Facebook and Google fare against mounting antitrust pressure?

It’s getting hairy for Google and Facebook. Heading into 2021, Google is facing no less than 3 antitrust cases, including one spearheaded by the Justice Department, over the company’s dominance over online search. Facebook, meanwhile, is facing its own antitrust case from the FTC, which claims it built and maintains a social media monopoly primarily through its ownership of Instagram and WhatsApp. The cases might ultimately boil down to showing consumers have been harmed.

Facebook, antitrust experts told TheWrap, has two decent arguments to make: that its acquisitions of Instagram and WhatsApp were both approved by federal regulators, so how can they complain now? And it’s debatable whether it even has a social media monopoly, considering Twitter, Snapchat and TikTok are all thriving. Google could feel the pain a bit more, as regulators argue it has manipulated search results — and signed an exclusive billion-dollar deal with Apple to be the iPhone’s default search engine — in an effort to squash its rivals.

Even if both companies avoid being broken up, they’ll still likely have to pay major fines. The cases will also divert the time and energy of Facebook CEO Mark Zuckerberg and Google CEO Sundar Pichai — something they can’t be happy about in the competitive world of Silicon Valley. 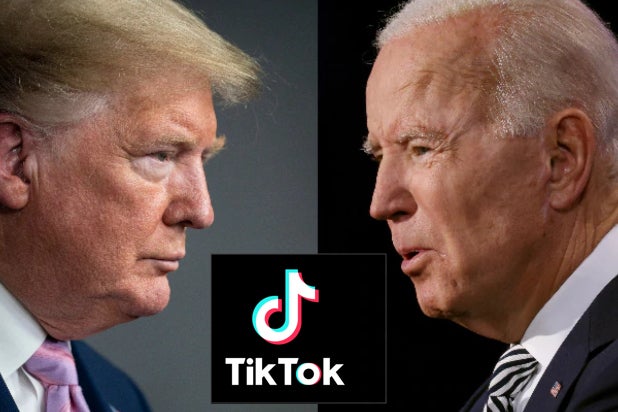 The odds of a full-blown TikTok ban continue to drop as President-elect Joe Biden gets closer to entering the White House. Biden clearly doesn’t share President Trump’s passion for taking on the wildly popular app and hasn’t said much of anything about carrying on the Trump administration’s crackdown. (Perhaps Biden is even a TikTok fan, considering his grandkids have achieved some level of fame on the app.)

Trump seems well aware of this, with Bloomberg reporting his administration is “eager” to finish a deal that would offload TikTok’s U.S. assets before he leaves office. He initially looked to block TikTok, which now has 100 million American users, from the U.S. over the summer, accusing it of having close ties to China’s government and hazy data collection policies that made it a national security threat. (TikTok has denied sharing user data with the Chinese government.) Trump later gave his “blessing” in September to a deal that would have Oracle and Walmart handle TikTok’s American operations in order to avoid being banned, but that deal has been stuck in regulatory purgatory for months. At this point, TikTok could be looking to simply wait out Trump’s stay in office, believing Biden won’t be too worried about the app as he gets his administration rolling.

7. Will definitive winners and losers emerge in the streaming wars?

Yes, it’s true that seemingly every major and semi-major media company now has its own streaming service. Still, that doesn’t guarantee success. In 2021, it’ll be worth keeping an eye on which services find an audience and which of them flounder.

Consider the average American streaming household pays for three streaming services, according to a report from Deloitte. That alone shows how tight the market is getting. Netflix, which benefits from a robust content slate and a first mover advantage, takes one of those slots in most households. And Disney+, which has 86.8 million subscribers only 13 months after launching, is also a mainstay. With those two holding formidable positions, that remaining spot is a game of musical chairs for the other streaming services. Hulu, with upwards of 30 million subscribers, is a consistent winner. Same goes for Amazon Prime Video. But that leaves a myriad of other services, from the forthcoming Paramount+ to Peacock, fighting to grab viewers’ time, attention and monthly dues.

HBO Max, with 17 big-budget films set to release next year on the same they hit theaters, may have the most to gain or lose out of any service in 2020. Signing a deal with Roku in the last days of 2020 didn’t hurt, but it still has a ways to go before cracking the upper echelon. Overall, 2021 could be the year we go from patting companies on the back for moving into streaming and start to see some real winners and losers emerge in the space. 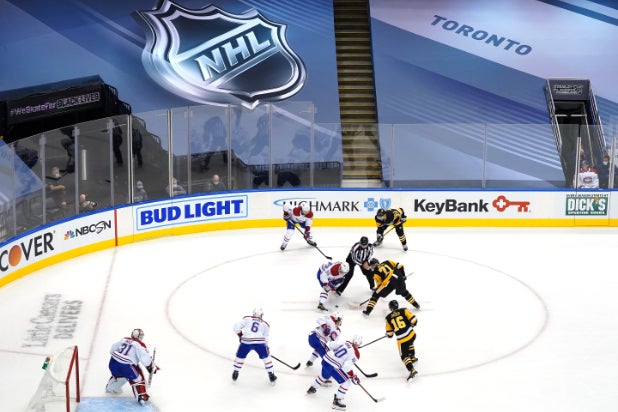 8. Will we see streaming services get major live sports rights?

It’s been talked about for years, and in 2021 it could finally come to fruition: a major sports rights deal going to a top streaming service.

There will certainly be options available. ESPN’s “Monday Night Football” deal expires at the end of the 2021 season, with the rest of the NFL’s rights deals up the following season. The NHL also has a 10-year deal with NBC expiring. It’s more likely that rights are spread out across both TV and streaming: After all, ESPN, NBC and CBS all have in-house streaming services that could use a boost and be a way for pro leagues to win back some of those cord-cutters.

Live sports are becoming one of the last bankable bets TV networks can make, but they’re now facing more competition than ever before. A streaming service could look to land one of these deals as a strategic body blow to the old model.

Who could it be? Probably not Netflix, since CEO Reed Hastings said earlier this year it doesn’t make much sense for the service right now. Amazon, though, looks primed to make a run, with The New York Post reporting it’s a “potential front-runner” for the NFL’s Thursday games. With a $1.6 trillion valuation, Amazon clearly has the financial muscle to make a live sports deal happen. DAZN, the combat sports-focused service led by former ESPN President John Skipper, is another service to keep an eye on.

Will Ivanka Trump Be At Joe Biden’s 2021 Inauguration? She May Have Other Plans
We and our partners use cookies on this site to improve our service, perform analytics, personalize advertising, measure advertising performance, and remember website preferences.Ok