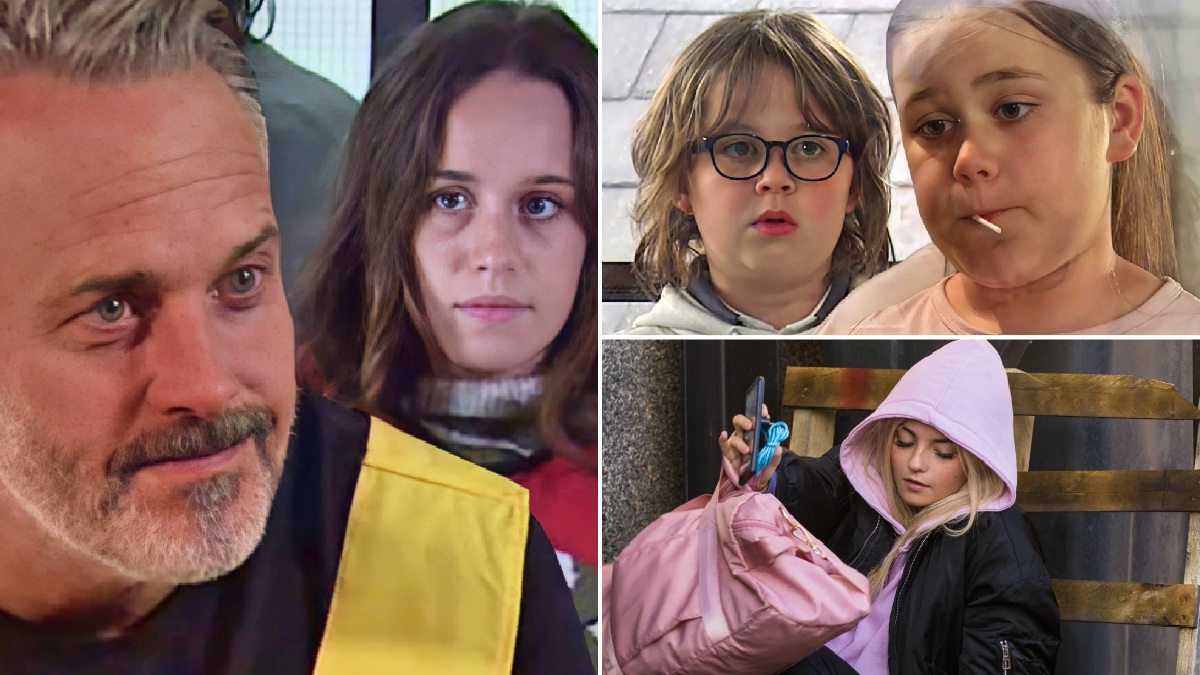 A week of mixed emotions lies ahead for the residents of Coronation Street, as some receive hope, while others mourn devastating losses.

Sam Blakeman’s (Jude Riordan) face lights up at the sight of his telescope, but he’s not too happy when Max and Lily join him. Lily locks Sam out on the balcony of the flat, and dangles the key in front of him.

As she taunts Sam, however, her lollipop comes away from the stick, and she starts to choke. Sam watches, frozen in horror. Will Sam overcome his silence and save Lily?

Tim Metcalfe (Joe Duttine), meanwhile, is worried about Faye Windass (Ellie Leach) after paying her a visit in prison, and Sally (Sally Dynevor) confides in Debbie Webster (Sue Devaney), suggesting a visit to see Ray Crosby (Mark Frost) to see if they can get him to confess to sexual assault.

Debbie does just that, visiting Ray behind bars, and tells him she’s going to report him to the police for the death of Johnny Connor (Richard Hawley) if he fails to plead guilty to sexually assaulting Faye.

Daniel Osborne (Rob Mallard) comes to a decision both Daisy Midgeley (Charlotte Jordan), while the residents of the street say goodbye to Johnny.

It’s all kicking off in Weatherfield next week, and if you fancy a first-look at all the drama, take a look at our gallery below!