Where did Pearl Jam get their name? The real truth after Eddie Vedder’s fake story

Led Zeppelin anniversary to be celebrated with illustrated book

Pearl Jam has sold more than 85million albums around the world in their 30 years together. The line-up has changed over time, and their various members were inducted into the Rock and Roll Hall of Fame in 2017, the first year they were eligible. But how did the band get its slightly unusual name, and what is the truth after one fake story became legend?

The original legend of Pearl Jam’s name, it has turned out, was not completely true.

This story came from the band’s frontman, Eddie Vedder, who did not give a true version of how the band’s name came together.

Originally, when the band was named, it was said this came about from Eddie’s great-grandmother, whose name was Pearl.

Eddie claimed his grandmother was married to an American Indian and made preserves spiked with hallucinogens.

READ MORE:  Judas and the Black Messiah streaming: Can you stream the full movie? 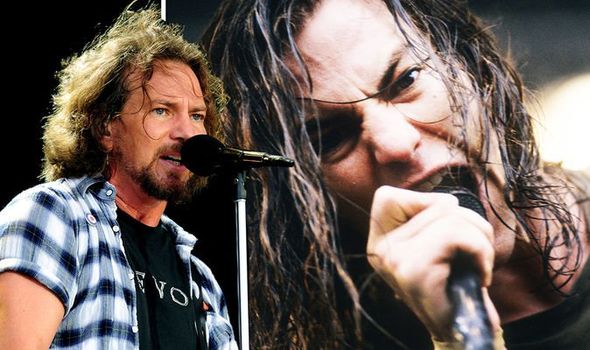 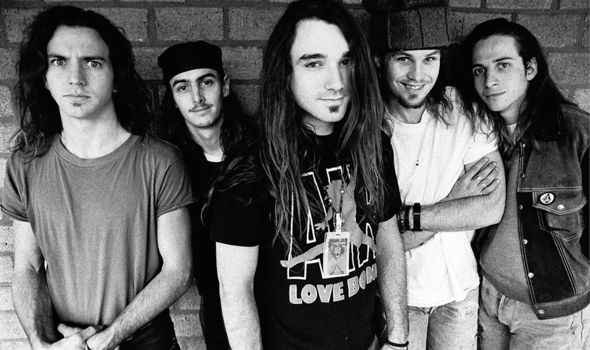 In a later interview with Rolling Stone, however, Eddie admitted this was ‘total b**t,’ though one part of his claim is accurate, which is that his great-grandmother was indeed called Pearl.

While he admitted the rest of the story was untrue, he did not reveal the actual story behind the name.

But the band’s two other founders, Jeff Ament and Mike McCready, have since spoken out about how the group found its name.

The pair said the band spent time in a restaurant in Seattle trying to come up with an alternative to their original name, Mookie Blaylock, which was inspired by the NBA star of the same name.

As they sat together and discussed ideas, Jeff came up with the word ‘pearl’, though the rest of the name was not decided upon until 1991, when Jeff was joined by Eddie and their fourth founder, Stone Gossard, at a Neil Young concert. 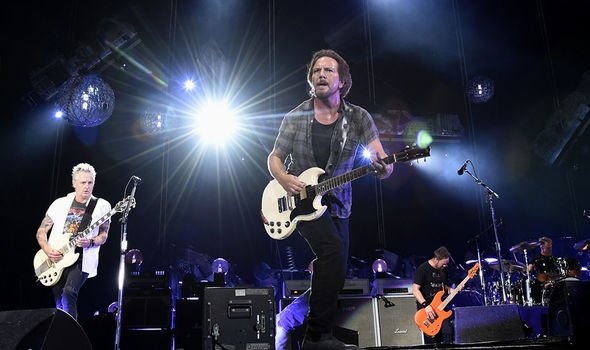 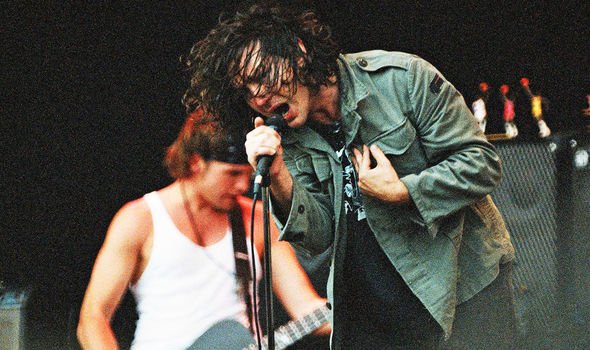 Jeff said of the concert: “He played, like, nine songs over three hours. Every song was like a fifteen or twenty-minute jam.

“So that’s how ‘jam’ got added on to the name. Or at least that’s how I remember it.”

Before Pearl Jam, Stone and Jeff were members of Green River, a grunge band which broke up in 1987.

They began playing with Andrew Wood, starting the band Mother Love Bone, but they disbanded four months after their first album was released, when Andrew died of a heroin overdose.

Some time later, Stone started working with Mike, after which they enlisted the help of Eddie Vedder on vocals, who auditioned by sending a tape of his vocals over some of their songs.

They brought in Dave Krusen on drums and took the name Mookie Blylock, after the basketball player.

They played their first show together in October 1992, after which they opened for Alice in Chains for the band’s Facelift tour.

They signed to Epic Records, at which time they changed their name to Pearl Jam and Eddie gave his version of their namesake.

The rest, as they say, is history, and the band went on to be one of the most famous grunge/rock bands in history, and are one of the best selling American bands of all time according to their album sales.