People are hating on the new Instagram update, which moved notifications and added a major Reels feature 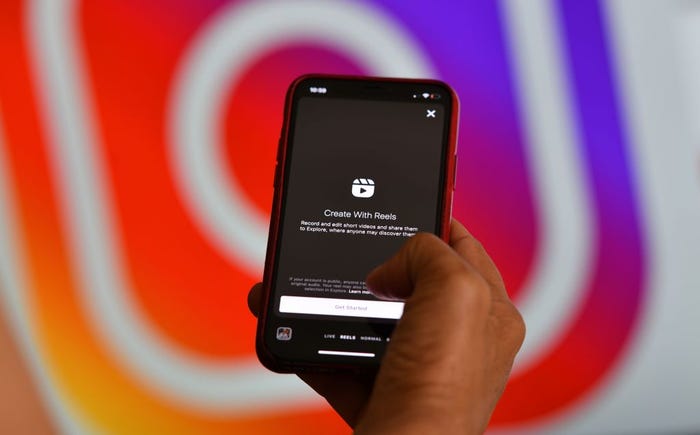 Instagram is rolling out a new update that radically changes the app's layout, and so far people seem to hate it.

The new layout of the app's homepage, or timeline, moves the notifications tab and the "new post" creation function to the upper-right corner, where direct messages are located. Now, anchored at the bottom of the screen are the shortcuts to Instagram Reels and Instagram Shopping.

This changes the functionality of getting notifications and creating content for Instagram. Previously, your notifications and post creation tools were anchored to the screen, and you could access both while looking at posts on someone's profile or while on the "Explore" tab.

Now, you have to return to the homescreen to access notifications and to create posts, stories, Reels, and to go live (which are all grouped together now under a function that's just called "New"). However, regardless of where you are on the app, you'll now have the ability to switch over seamlessly to Instagram's e-commerce platform, which it recently expanded to more businesses and creators in June 2020.

Instagram is also prioritizing its TikTok competitor, Reels, by anchoring it to the bottom middle of the screen. But Reels has been panned by critics, including The New York Times. Compared to TikTok, Reels has fewer video and editing tools, and it has yet to develop a community or subculture of its own, so has mostly consisted of TikTok copycats.

The new Instagram layout hasn't been received favorably by its users, including influencer James Charles, who posted an angry rant about it to his Instagram Story.

"They moved everything around and it makes it very, very clear where their priorities lie, and that is making money and only making money," Charles said. "Nobody f—ing asked for Reels, we have TikTok for a reason."

Tweets about the update included one that pointed out that "nobody f—ing asked" for the new layout, while another tweet called the new design "tacky."

"People are saying that their posts are not being seen, that their 'Explore' page is broken, that their notifications are not going out, that they're not growing, and most importantly that people are not seeing posts on their own timeline from their best friends and family that they press the follow button on," Charles said in his rant. "And instead of making those changes and fixing the app Instagram keeps making changes that literally nobody is asking for."

He also replied to Head of Instagram Adam Mosseri's tweets about the new update, writing "Yes, there has been an explosion in both online shopping and short form content. That is because their respective platforms, Amazon & Tik Tok, are staying in their lanes and growing WITH their communities."

Other people replied to Mosseri's tweets about the update and asked him to change it back.

One food blogger and cookbook author wrote that it's now "so annoying and cumbersome to upload to IG stories" and said the change is "truly a nightmare of an update."

A social media specialist wrote that "You're all so busy racing to the next 'change' you forget the reason so many of us visit your app. To use it for the core functions."