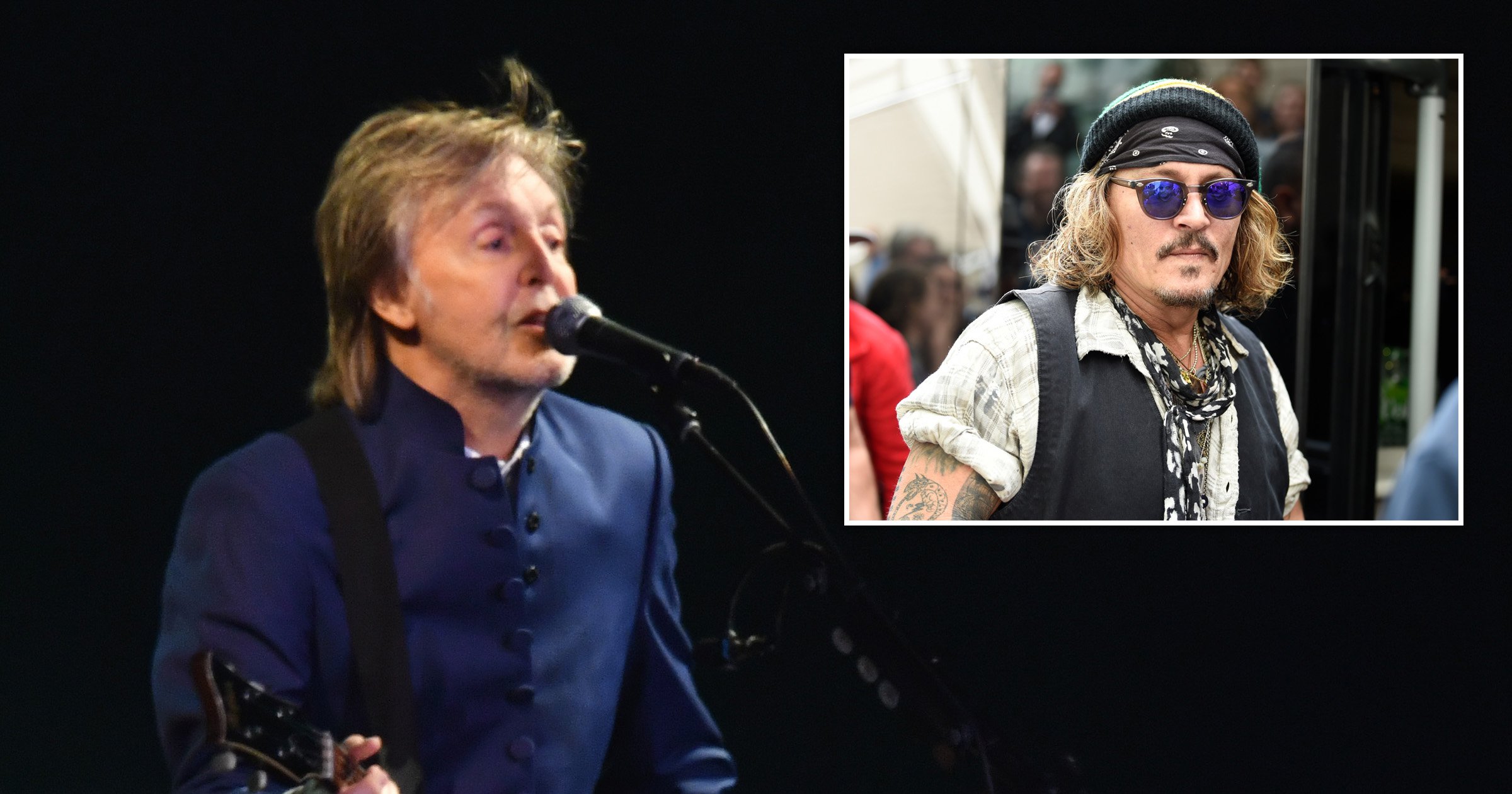 Sir Paul McCartney has played a video featuring Johnny Depp during his historic headliner’s set on the Pyramid Stage at Glastonbury 2022.

The Beatles musician has made history as the oldest ever solo headliner to perform at the iconic festival at 80 years old, delighting the crowds with several of his beloved classic tunes.

During his performance, the music video for his 2012 track My Valentine was shown to the thousands of people in the audience.

Natalie Portman and Pirates of the Caribbean star Depp both starred in the black-and-white music video, using their own version of sign language (which was criticised at the time of its release) to interpret the lyrics.

Depp, 59, who is a musician as well as an actor, also played guitar in his version of the song.

This isn’t the first time as of late that McCartney has featured the video starring Depp during his live performances.

Earlier this year, McCartney projected images of the Edward Scissorhands star during his tour, while the actor’s libel trial against his ex-wife Amber Heard was ongoing.

Metro.co.uk understands the clip has been in Sir Paul’s live set for over 10 years.