James Blunt jokes Adele should be ‘frightened’ ahead of album clash 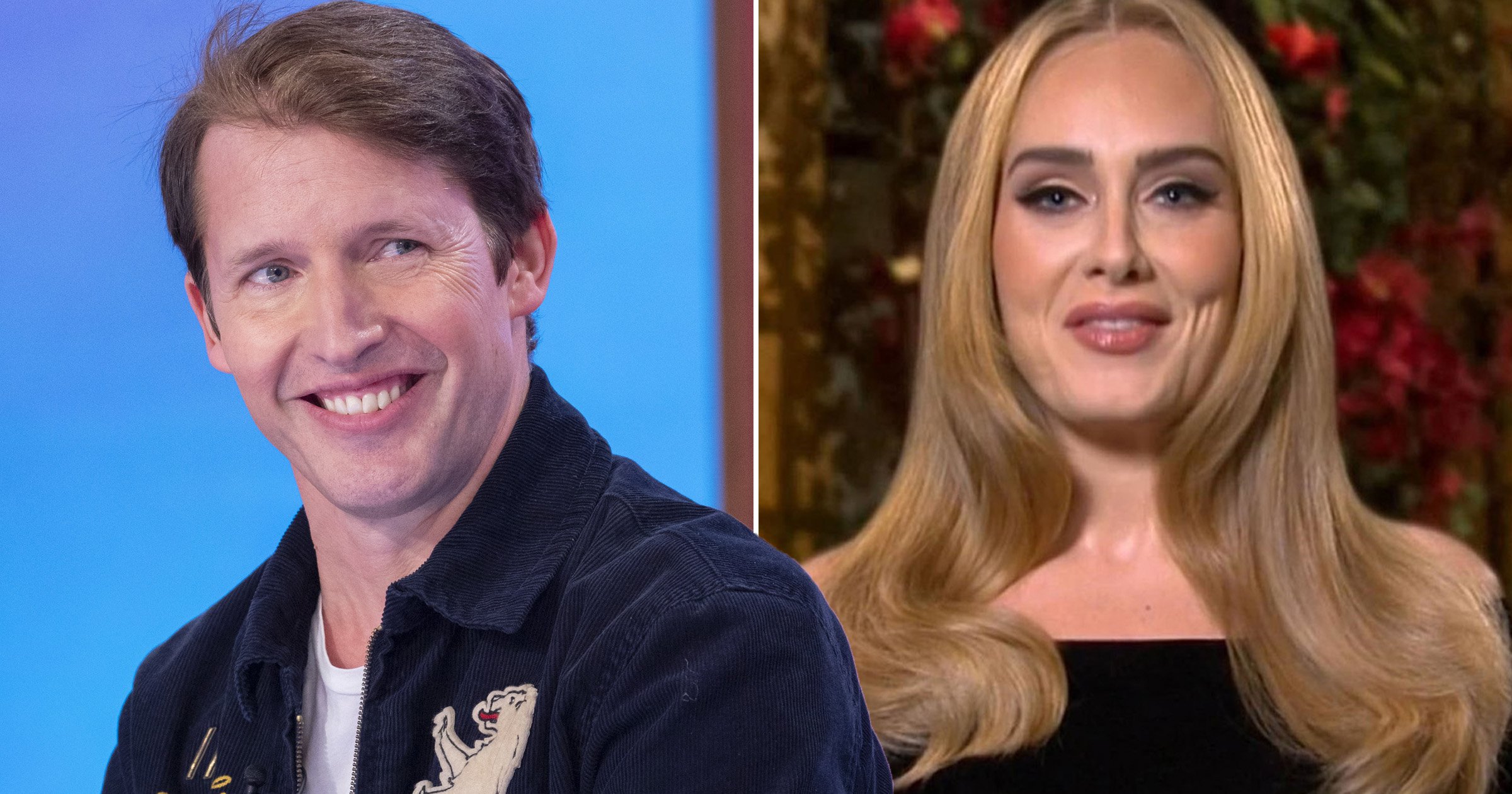 James Blunt is set to go head-to-head in a chart battle with pop superstar Adele – but he reckons she should be quivering in her boots.

The You’re Beautiful singer is celebrating 17 incredible years in the music biz with the release of his greatest hits album, The Stars Beneath My Feet (2004-2021).

It comes out on November 19 aka next Friday aka the day Adele releases her fourth studio album aka the comeback album that is 30.

However, in typical James Blunt fashion, the singer’s taking all in humorous stride as he joked to Metro.co.uk: ‘I know it was a surprise for Taylor Swift, [she] did move her date when she saw mine was coming out on – I don’t even know the date mine’s coming out to be honest.

‘I know Taylor Swift obviously got nervous and changed her date when she realised mine was out, and I guess Adele just hasn’t noticed at this stage or her record label’s been a bit too busy.’

He then quipped: ‘I’m sure they’ll realise it now any minute now, maybe when they read this article and god knows how frightened they’ll feel as a result.’

Good luck to all, may the best pop icon win.

James’ social media followers will know that the singer loves nothing more than to poke fun at himself, which is exactly what he’s done in the hilarious music video for his new single Unstoppable. It opens with people on the streets of London running away from the sounds of him busking before he’s soon able to win the world over.

‘From the very start I was always taking the mickey out of myself. I’m not really good at selling myself, it’s really hard to stand up and say “yeah this is my best album ever”. Instead it’s easier to just say “it’s alright”,’ James said.

He added: ‘I know it’s human nature to gravitate towards the negative but actually the positives outweigh that. I’ve sold a few albums and I’m on my seventh album and I’m doing my seventh world tour and playing Wembley Arena, so it’s silly to focus on the negative when there’s a few people who see me rocking out.

‘I’m having a pretty good time now but that’s what this greatest hits has been about, having a moment to stop and reflect about my time on the road. To take it all in and the whole thing has been an amazing experience.’

James shot to fame in 2005 with his monster debut single, You’re Beautiful, the ballad that topped charts around the world and became a karaoke favourite.

Reflecting on his breakout hit, the 47-year-old said: ‘Having a mega hit like that is every artist’s dream and you don’t get them very often in anyone’s career, especially to have had it at the very start it gave me incredible freedom with the rest.

‘It was a mega hit from the get-go, what a privilege.’

He then joked: ‘Some bands are still searching for their big hit, look at the Rolling Stones, they’re still out there hunting for their big hit. No wonder Mick’s [Jagger] so stressed whereas I was free from the start so everything from there’s been fun.’

The TV series will see teams of homebrewers battling it out to be crowned champions.

However, aside from potentially chugging pints, James hopes the series will have a bigger meaning.

‘This was a gift. Amazon called up and said do you want your own TV show about brewing beer? I thought I’d died and gone to heaven. It was just fantastic stuff,’ he said.

‘We’ve got these amazing home brewers coming from all over Europe.

‘When everyone’s divided about Europe, our TV show is the first show that’s bringing Europeans together to celebrate our differences specifically to our beer. It’s been brilliant fun to make.’

The programme couldn’t be more of a perfect fit for James, who owns his own pub, The Fox & Pheasant, in Chelsea.

‘I bought the pub to save the 170-year-old pub that was being turned into houses or apartments, so I really thought I was saving bricks and mortar,’ he revealed.

‘But the pandemic made it really obvious that I was saving something far more important for the people who worked there. We had 25 staff to look after in the pandemic was also a priority.’

The Goodbye My Lover singer added: ‘We’ve come out of it and had a small amount of Government support we were grateful for but we needed to top up ourselves and our business and fortunately our business is still afloat. It’s now packed, I think people are enjoying being able to go out together again.’

James Blunt’s new single, Unstoppable, is out now and appears on his new album The Stars Beneath My Feet (2004-2012) which is out on November 19 and also features the single Love Under Pressure.