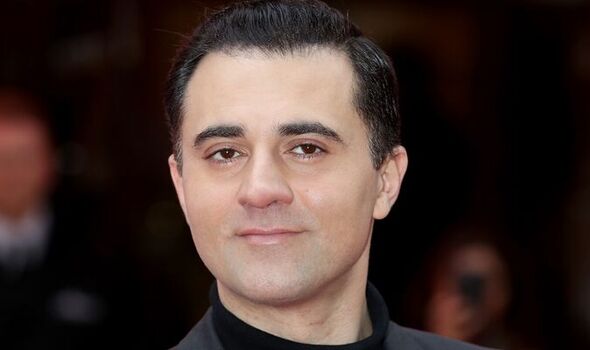 Darius was found dead in his Rochester, Minnesota, apartment on August 11. Police continue to probe his death after confirming there were “no signs of intent or suspicious circumstances”.

Hit-making record producer Pete said he and Darius, who was 41, were planning to work together.

He told ITV’s Good Morning Britain: “I met him a week before lockdown and we were talking about me going to work with him in the States to mentor him because he wanted to get back into music.

“Darius could have gone on to be bigger than Michael Buble, because he’d got that talent.”

Singer-songwriter and actor Darius rose to fame on ITV talent shows Popstars in 2001 and Pop Idol the following year.

After turning down Simon Cowell’s offer of a record deal, he reached number one in the UK in 2002 with his first single

Colourblind, while his album Dive In reached the top 10.

After his chart breakthrough, he went on to become a West End star, appearing in musicals like Chicago, Gone With The Wind and Guys and Dolls.

Speaking about their friendship, Pete said: “We became great friends because I did champion him.

“At 41, my heart goes out to his family… He was just brilliant.

“The word gentleman is overused, but not in Darius’s case. So so quiet, so polite, so gentle. I guess he was the perfect person. So gentle.”

Presenting duo and former Pop Idol hosts Anthony McPartlin and Declan Donnelly also remembered the singer, tweeting: “We are very sorry to hear of the passing of Darius Campbell Danesh at such a tragically young age.

“We had many laughs with him on his Pop Idol journey. Our hearts go out to his lovely family. RIP.”

Pop Idol alumni remembered the Scottish-born star, with runner-up Gareth Gates saying he was “heartbroken” at the news, adding: “Darius took me under his wing in Pop Idol, like a big brother; always looking out for me and for that I thank you my friend.” Music mogul Cowell said the death was a “tragedy”, adding: “He was charismatic, funny and just a great person to be with.”