Halsey Announces the Release Date of Her Next Album 'Manic' 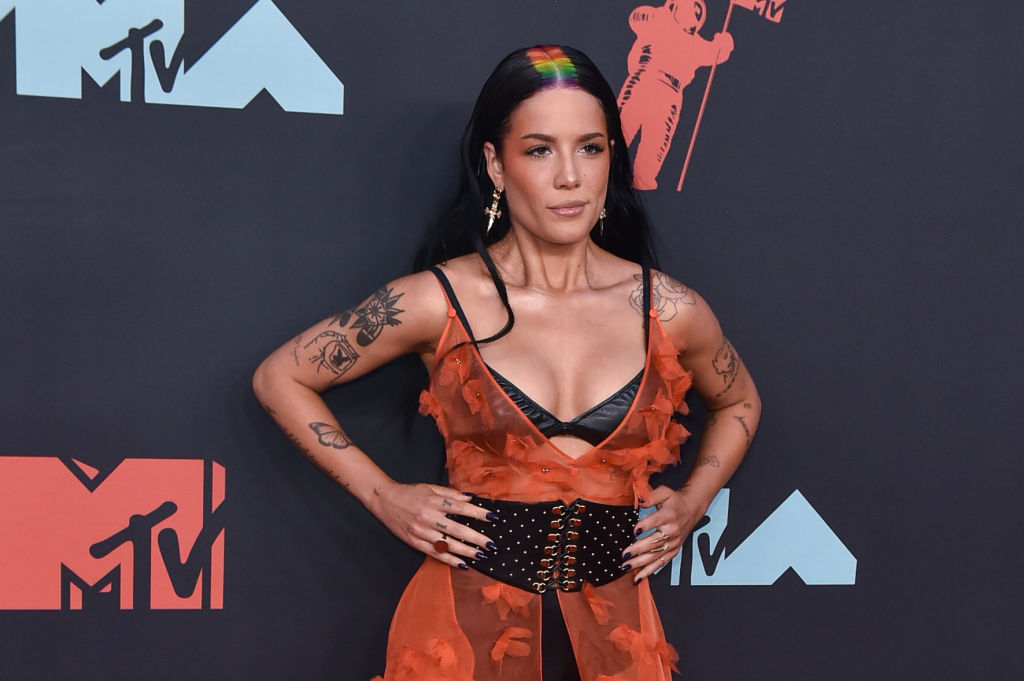 On Sept. 13, Halsey released her newest single, “Graveyard.” The singer also announced the release date and title of her newest album. Manic will be released on Jan. 17, 2020. While that might seem far away, there are still a lot of clues about the album for fans to dissect before Manic drops.

Halsey’s fans predicted the album would be called ‘Manic’

Halsey’s real name is Ashley Frangipane, and Halsey is an anagram of her first name. In the music video for “Nightmare,” Halsey is seen reading a newspaper with “Manic” across the top. She also holds up a board that reads “CA MNI.” Fans realized it was an anagram for “Manic.”

“THE ANAGRAM OF CA MNI SPELLS MANIC. I SMELL AN ALBUM NAME @halsey #halseynightmare,” a fan wrote on Twitter.

When Halsey announced the release of “Graveyard,” fans speculated about how it fit with the concept of her next album.

“the new album is called Manic. it’s going to be an eerie album focusing on darker elements. My theory is she’s burying her old self(graveyard) and starting fresh. Hints halsey’s 3rd album, but Ashley’s 1st. its abt her breaking out and showing us a new version of her,” a fan theorized on Twitter.

‘Nightmare’ will not be on the new album

When Halsey released “Graveyard,” part of the tracklist for Manic became available as well. Fans noticed that Halsey’s 2018 single “Without Me” and “Graveyard” were listed, but “Nightmare” was not. According to Halsey, the tone of “Nightmare” ended up not fitting with the tone of the album.

In an interview with Billboard, Halsey said she originally set out to make Manic an angry album, but changed her mind when she started writing.

“I sat there to make this album and I was like, ‘Yeah, I’m going to make an angry album. And I wasn’t mad. It’s exciting,” she said.

Instead, Manic is an introspective and accepting album. While “Nightmare” was a very angry song, Halsey’s new single “Graveyard” matches the tone of the album better.

“I’m closing a chapter in this record that I feel very much like I needed to put the final word on, put the nail in the coffin, if you will. Graveyard, marry it,” Halsey said.

The release date for Manic is Jan. 17, 2020. Fans have over three months to speculate about song titles, lyrics, meaning, and more before the album drops. Fans on social media are already speculating about the meaning behind the album’s cover art and name.

Halsey painted the cover art for the album in a YouTube livestream before releasing “Graveyard.” The self-portrait resembles the image used as the album’s cover art. Fans picked up on how Halsey sports her natural hair in the photo, representing this being her first album as Ashley, but still has three parts of her hair dyed.

“i just noticed that it’s her natural hair, blue hair, blonde hair, red hair and black hair. it’s the hairstyles/colors from the eras + her natural hair and the black hair she has now. the hair is literally a timeline of her career,” a fan wrote on Twitter.