Freddie’s loss is immeasurable and fans around the world continue to mourn – and rightly so.

But it is also impossible to forget that Freddie represented such an extraordinary force for life, for love and for the enjoyment of every single moment.

It is that which should be celebrated today, September 5, the day Freddie was born in Zanzibar in 1946.

The official Freddie Mercury Birthday Party takes place this year in Montreaux, Switzerland, while many other “Freddie For A Day’ events have also been organised over the years.

Nothing could ever top the outrageously decadent party he threw in Munich for his 39th Birthday. Just hearing about it can only make you smile and shake your head at the sheer ‘Freddieness’ of it all, even as an era was ending.

In 1985 Freddie had been living on and off in Germany, working on the Queen albums Hot Space and The Works as well his own first solo album Mr Bad Guy.

They were also riding high on the career-high of Live Aid that summer.

Freddie had started a relationship with Jim Hutton but, according to Jim, would not be diagnosed HIV positive until 1987.

His 39th Birthday party that year was the climax of a decade of decadence and self-discovery.

The look of it was actually predicted in the video for Queen’s It’s A Hard Life, shot the previous year in Munich. It’s hard not to notice in that rather OTT video how only Freddie truly looks at home in the elaborate costumes. 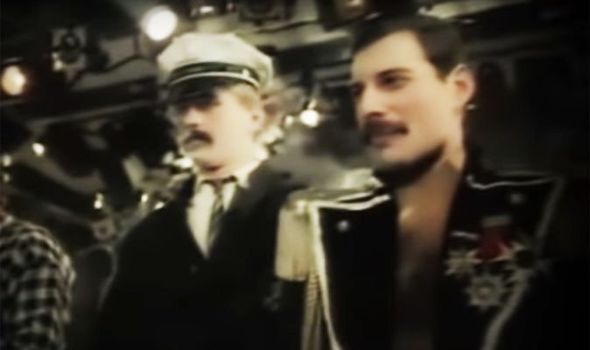 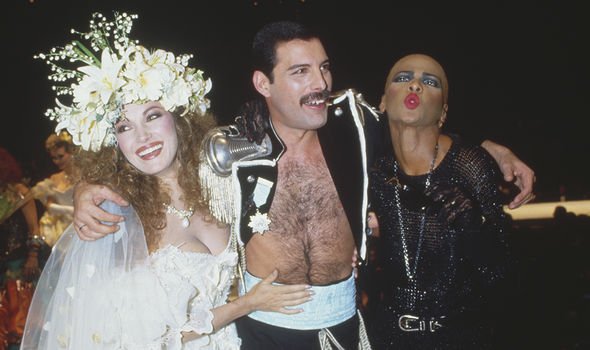 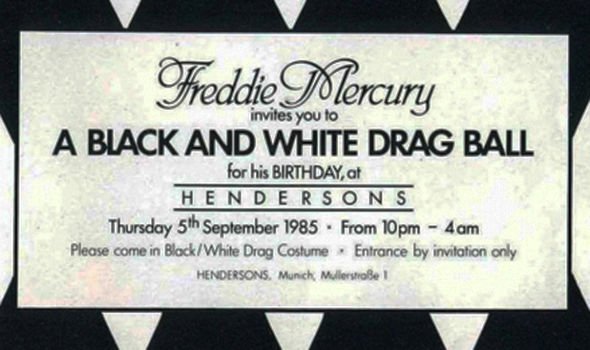 The following year, his party was held at Munich’s notorious drag club Old Mrs Henderson and the official invitations set the tone and instructed everybody of the strict dress code: “Black/White Drag Costume.”

No expense was speared before the night had even begun. Freddie flew out a few hundred guests and fellow celebrities, paying for flights and rooms at the Hilton hotel.

Freddie, of course, was the only person who did not adhere to the strict dress code.

He came as himself, in his iconic Harlequin catsuit and Adidas trainers, paired with a flashy Russian Imperial jacket designed by the Emanuels. Yes, the people who designed Princess Diana’s wedding dress.

Freddie wore the same jacket later that year at the Fashion Aid fundraiser at the Royal Albert Hall, pictured in photographs with Jane Seymour.

Naturally, the jacket came off as the party heated up, although Freddie did not strip all the way like some party goers.

It’s not just the costumes and hairstyles that were incredible – Even the food and drink was themed in black and white.

Eagle-eyed fans can also spot Paul Prenter, often stood possessively by Freddie’s side. His terrible betrayal was shown in the movie Bohemian Rhapsody, but this party was before Freddie would face all the public and personal trails to come. 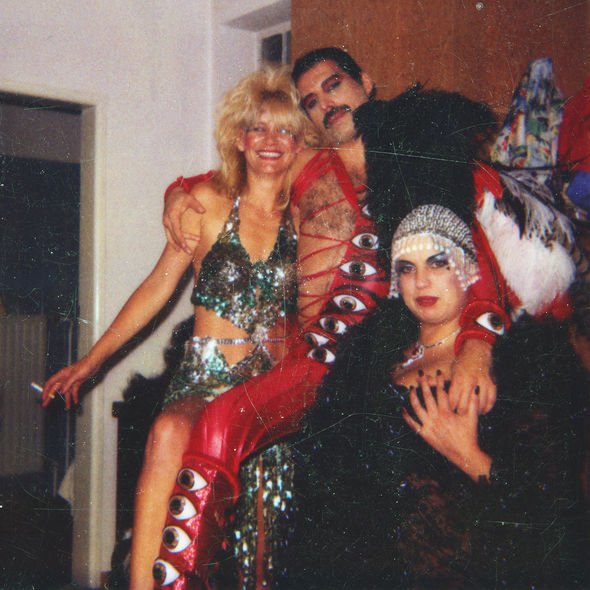 Some fans have commented that even in some footage of the party Freddie seems a little isolated with Prenter blocking him off from others. It is impossible to know how much Freddie realised at the time.

Even so, Freddie’s bandmate Brian May is there, with manager Jim Beach, boyfriend Jim Hutton and ex-girlfriend Mary Austin, who is dressed as Roger Taylor from the iconic I Want To Break Free video.

The very next day, Freddie shot the video for his solo single Living on My Own back at the same club.

His 39th birthday seems to be the end of an era, flashy and fabulous but perhaps a little empty. It was time for some things had to end. Freddie, in his final years, was surrounded only by those who loved him unconditionally.