For Sahbabii, Recording His Debut Album Was Part of The Grieving Process

Like any great artist, Atlanta rapper Sahbabii maintains a deep connection to the tools of his craft. He says one of his biggest concerns about his debut studio album Do it for Demon, released last week, was whether or not it’d sound unfamiliar to fans on the count of an upgraded microphone. He’s recorded on the same mic since he was a teenager. “You want to hold on to things that got that certain feeling you got from it,” he explains over Zoom. “But it really ain’t that good for you, it don’t sound that good. I know I needed to upgrade it.”

The heartfelt new album — a dedication to the 24-year-old rapper’s close friend who was passed away last year —  does at times feel unfamiliar. Sahbabii is best known for playful, imaginative, and X-rated wordplay, so a 20-track album confronting the pain of grief is certainly a departure. Not that the record feels weighed down or depressing. In fact, there are still a number of head-spinning quips across the project. It’s just that now his talents are pointed inwards, as the rapper paints vivid portraits of his own mourning. All with the lyrical acumen he once dedicated to erotic metaphors about sea anemones. 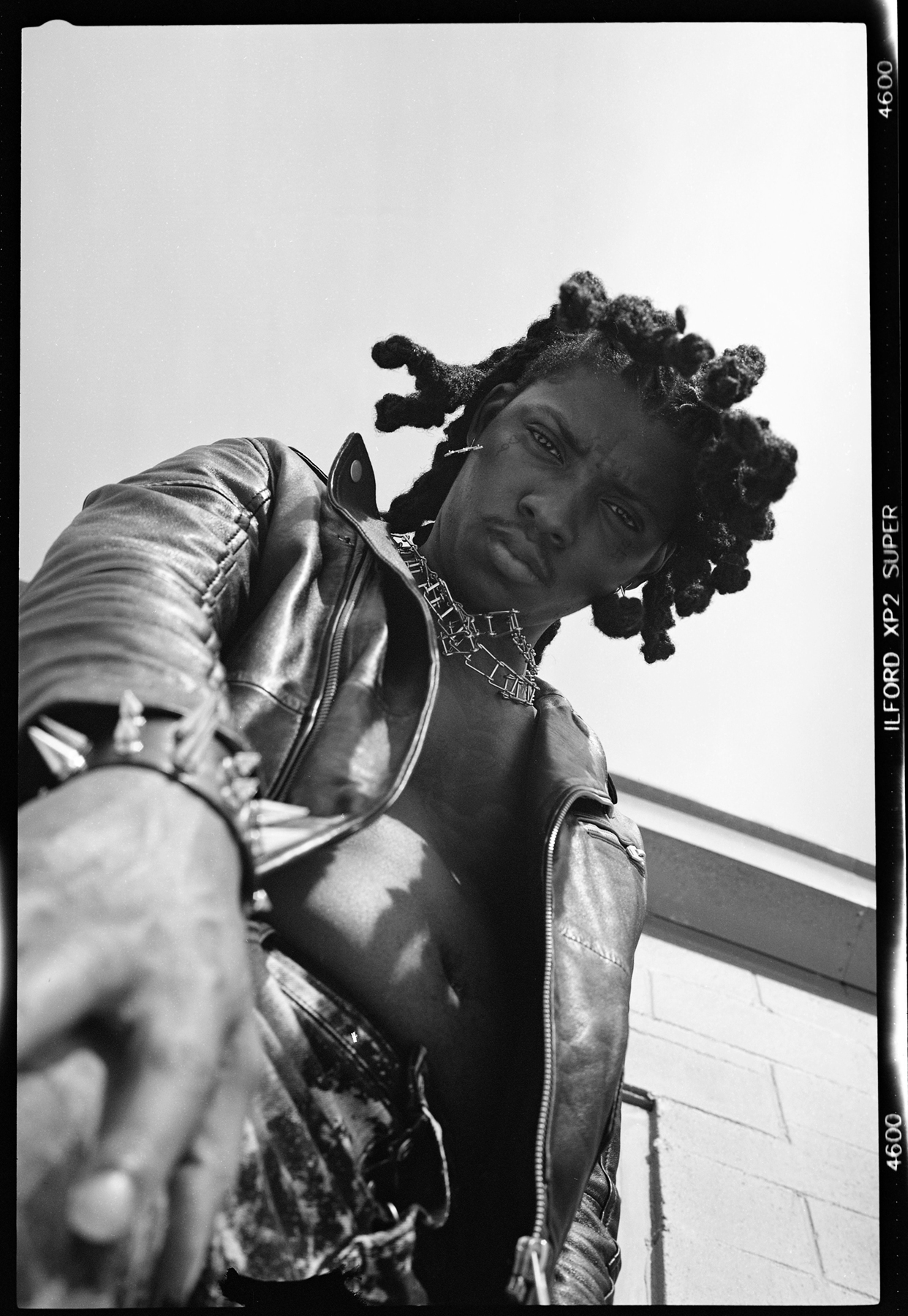 Born Saheem Malik Valdery, Sahbabii garnered his name from his aunt, who herself went by TeeBaby. He grew up on the south side of Chicago before moving to Atlanta as a teenager. It’s where he would meet Demetrius Lanier, who would eventually rap under the name Demonchild or Demon, for short. The two met as teenagers, playing basketball in a neighborhood park. Both new to the city, they formed an immediate bond. “We was like cousins. We always been under the same roof, in and out he stayed with my family. We was just cousins, man,” Sahbabii remembers.

Eventually, they’d find music together, trawling through the expanse of the internet for beats. “We just used to be in the studio recording all day, getting beats off YouTube, recording all day,” he remembers. “We got thousands of songs together, they old but we knew one of us was going to make it, and his turn was up next, he was definitely up next.”

On the album’s first single, “Bread Head,” familiar trap 808s, slowed just enough to instill a sense of menace, guide Sahbabii on a revenge fantasy. The ache of loss gives the lyrics an especially sinister urgency. “Don’t come outside with that fake gangster shit, leave it at home,” he raps in the whispered, silky style he’s by now mastered. “Like a hurricane hit, whole bunch of bodies all up in my dome.”

In many ways, Sahbabii is at his most dynamic, technically, in this more downtrodden mood. There are a number of ways to describe being sad, and the rapper is as good as they come at messing around with words. (2017’s “Marsupial Superstars” finds Sahbabii refiguring the female anatomy in baking terms).

“Of course this is not the lane I’m trying to stay in, but I feel like that it was necessary for this time,” he says of his new album. “I’m going to always have fun with my music. But I feel like this project was dedicated to him, and I gave three projects to the playfulness, and I still got more.”

With Do it for Demon, Sahbabii got the rare opportunity to make a formal debut as personal as possible. Now, he says he feels a weight lifted. “This project was really dedicated to him. Before he passed away, he told me to get the rapping about things that I’ve been through. So I know this satisfies him.”