Despite the fact that they’re nominees for this year’s CMT Music Awards, country superstars Gabby Barrett and Maren Morris won’t be there to take their trophies home if they win. Though fans of either or both singers might be disappointed about that fact, the greater disappointment for many is that neither Morris nor Barrett will deliver highly anticipated performances live and on stage. As Entertainment Tonight reported on June 8, Barrett and Morris took to social media on their respective accounts to let their fans know that they would unfortunately be dropping out of the broadcasted performance lineup.

Though the performers expressed their regrets in being unable to attend the awards ceremony, along with vague statements as to why, it seems that at least a few social media users are speculating the details behind the “what” and “why” of it all. One even theorized it could have something to do with a recent message the network that airs the show tweeted less than a week before the event — which has led to controversy and backlash. Per Los Angeles Times, the tweet in question called for CMT viewers and followers to wear orange in solidarity and support of National Gun Violence Awareness Day, which took place on June 4. So is there any water to keep this hypothesis afloat? Keep on reading to find out.

Could Maren Morris and Gabby Barrett have skipped the 2021 CMAs over a tweet? 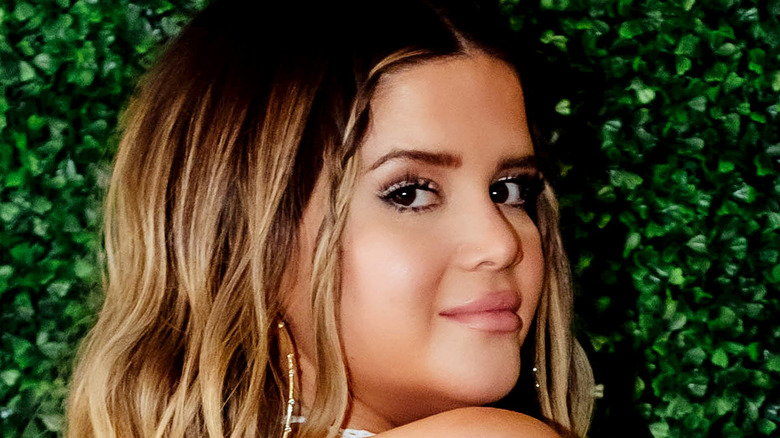 In the article, the LA Times broke down the first 100 responses to CMT’s gun violence awareness tweet, and from there concluded that 95% of the social media users who replied to the tweet responded negatively. Out of that pool, negative respondents threatened to boycott watching the network, with at least one person criticizing CMT for their “great job alienating your audience.” (While there seems to be an overlap when it comes to country music listeners and gun owners, the issue of gun control and genre came to a head following the 2017 Las Vegas shooting at the Route 91 Harvest Festival, a popular event for country fans.) But it was only after news of the backlash broke that one person pointed out a possible correlation between CMT’s tweet and Barrett’s and Morris’ decision to back out of the country music award show. “[Both] Maren Morris and Gabby Barrett backed out with vague statements,” the Twitter user summarized, before asking if it “could it be CMT tweeting its support for National Gun Violence Awareness Day[?]”

So, could there be a connection? The respective statements made by the performers referenced in the tweet cited “a scheduling conflict” (Morris) and “personal circumstances” (Barrett), both which were posted on Instagram. But while it is unclear as to what Barrett’s thoughts are about gun control, Morris’ certainly are: In 2017, Morris publicly stated her support for tighter restrictions on guns.