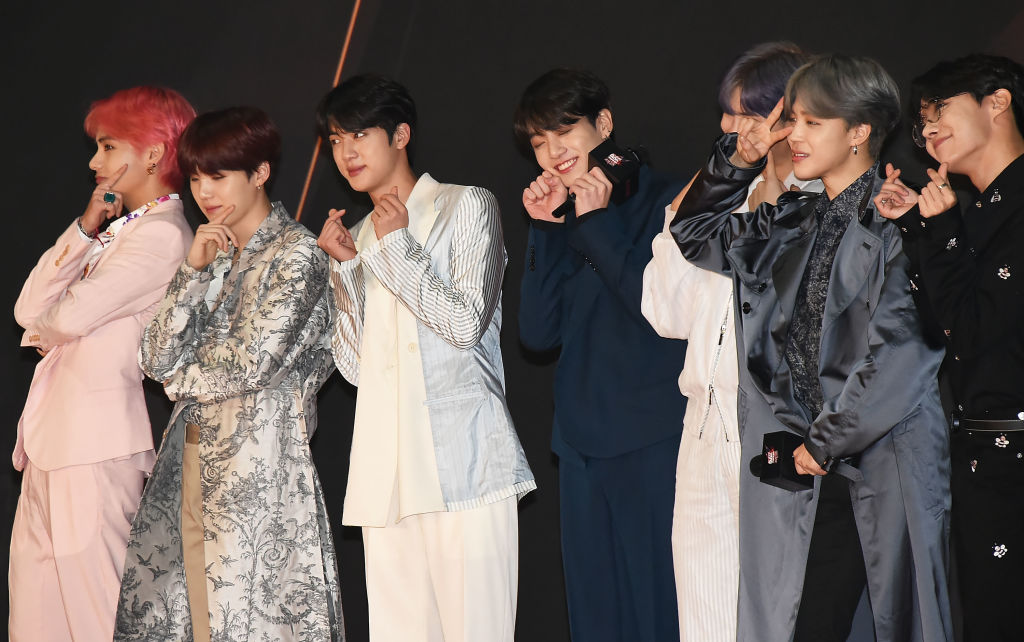 There are multiple versions of ‘Mic Drop’

BTS first released “Mic Drop” as part of their EP, Love Yourself: Her. The group then released a remix of the song by Steve Aoki featuring Desiigner. The remix was released as a single for American radio.

In November 2017, the group released a music video for “MIC Drop (Steve Aoki Remix.” The music video does not feature Desiigner, and instead uses J-Hope and Suga’s original verses in Korean. To date, the music video has over 555 million views on YouTube.

BTS performed the remix on The Ellen DeGeneres Show, Jimmy Kimmel Live!, and Saturday Night Live. In December 2017, BTS released a Japanese version of “Mic Drop.” They have also performed different versions of the song to incorporate more dance breaks.

The Recording Industry Association of America certified “Mic Drop” as gold in February 2018. The 2017 song then went platinum in November 2018. This made “Mic Drop” BTS’s first single to receive the platinum certification. That same month, the RIAA gave BTS’s album Love Yourself: Answer a gold certification.

While “Mic Drop” is not the first or only song to spend over 100 weeks on the World Digital Song Sales Chart, it is still an impressive feat. The accomplishment makes it one of the best-selling songs in the entire world. Because it’s a fan favorite, the song will likely continue to make history.

The members of BTS also break streaming and sales records

To add to the milestones, BTS recently became the first group in 2019 to sell 4 million album copies worldwide with their EP, Map of the Soul: Persona. While BTS is a group, all of the members have solo songs and a few of them have solo mixtapes. As solo artists, several of the members of BTS have broken or set streaming and sales records.

Most recently, J-Hope became the first Korean artist to surpass 2 million followers on Spotify. J-Hope was already the most followed Korean artist on Spotify. He achieved this with only seven solo songs, all from his 2018 mixtape, Hope World.