“All I was thinking was, when can I eat?” Don’t mind me, I say, and she laughs – something she does more than you might expect. The Caribbean-born, Birmingham-raised star is known the world over for her smart, sensitive songs like Love And Affection and Me, Myself And I. So, it’s hard to believe Joan once found walking on stage terrifying and would stare at the floor rather than make eye contact with the audience.

“I was very shy,” she tells me. “I was never interested in fame. I just wanted people to hear my songs – to know the songs I wrote.”

Now 70, Joan describes herself as “an introverted extrovert”, adding “I’m still shy, I’m just better at hiding it. I’m a quiet person, I like to keep myself to myself, but I’m there to boast about my songs. I love making records.”

Her new album Consequences, already a Top Ten hit, is crammed with gems ranging from the jaunty pop of Natural Rhythm to the delicate embrace of To Be Loved.

“Making this album was no different for me from making the first one,” she says. “I just like writing songs, recording them and people hearing them.”

I ask which track is her favourite and Joan replies “Track one,” adding with a laugh “and two and three…” going all the way through to ten. 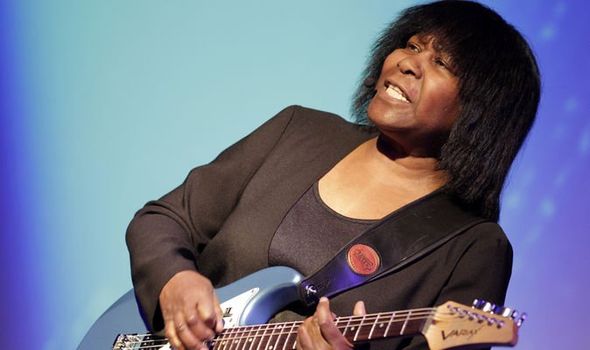 “I think the whole album is uplifting,” she says. “The last one, Not Too Far Away, was very emotional. I played it to a small group of friends and they all cried. This is different, this makes you smile and jump up.”

A perfect cure for pandemic blues, although Joan recorded it between January and May last year, so it’s not technically a lockdown album. It is all her own work, however. “I write alone,” she says. “I play everything. And that choir you hear, that’s just me.”

Armatrading is full of surprises. When I ask what she listened to at 13, Joan reels off a list of cherished BBC radio comedies: “Round The Horne, The Clitheroe Kid, Beyond Our Ken, Take it From Here…I was completely into radio comedy. I wasn’t listening to music; I never went to concerts. I never even went to my annual school concert. I was 19 when I bought my first album. It was Led Zeppelin, and the next one was by The Faces.”

Joan, who smiles easily, adores “Tim Vine, Ricky Gervais, Will Farrell in conversation with his landlady – it’s so funny. Motherland is hilarious. I like Chris Rock and another American comedian called Deon Cole…” 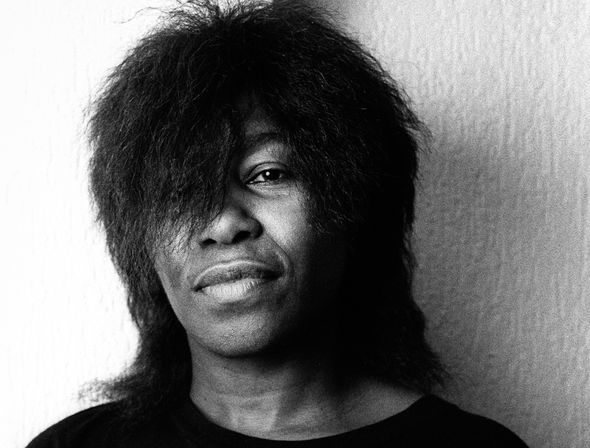 Would you do stand-up? “People tell me when I’m on stage I’m a bit of a comedian. Dawn French did accuse me once of taking her job.”

Stage fright is a thing of the past.

These days, Joan is fearless. “I’ve abseiled and done zipwire,” she says. “I ran the New York marathon at 58…”

No wonder her school nickname was Armour-plating.

Joan, who now lives near London, was born in Basseterre, St Kitts, in what was once the British Leeward Islands. At seven, she flew to Birmingham on her own to be reunited with her parents who had emigrated here. Her song Mama Papa is about growing up with four brothers and a sister: ‘Seven people in one room, no heat, one wage and bills to pay…’

Joan’s father was a carpenter, and later a railway worker. “He also played guitar,” she says. “He’d been in a band in the West Indies but here he’d hire the guitar and play it in secret. We weren’t allowed to see it, let alone play it.

“I’m absolutely sure that is why I played the guitar – because it was forbidden. 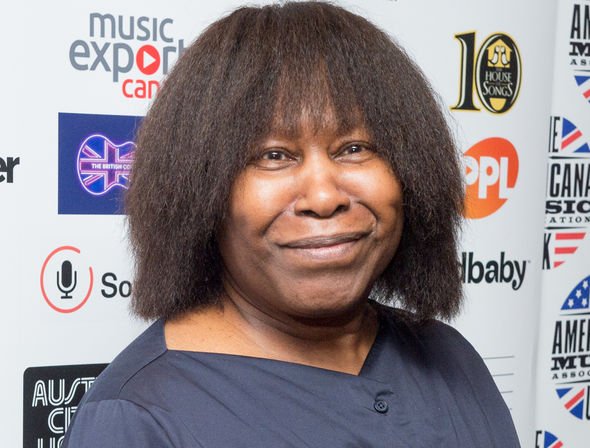 When Joan was 14, her housewife mother bought a piano “as furniture, before the delivery guys had even put it down, I had the lid up and was playing it with one finger. You could dust a piano and sound good.”

Her mum then swapped two old prams for a £3 pawn shop guitar. “Even now I play guitar nonstop,” she says. “As a musician you never stop learning.” She pauses and adds with a grin, “I feel as if I’m making some kind of progress…”

A self-taught musician, Joan left school “at 15 or 16”, but achieved a history degree from the Open University in 2001.

Last September she was awarded an Ivor Novello Academy Fellowship in recognition of her four decades of music-making.

“I think the trick to getting these awards is to live a long time,” she chuckles.

Singer-songwriter Joan found fame with her self-titled third album, which spawned the smouldering classic Love And Affection, a hit in 1976.

“It’s my favourite,” she says. “It got me known all over the world, in Japan, in South Africa…” 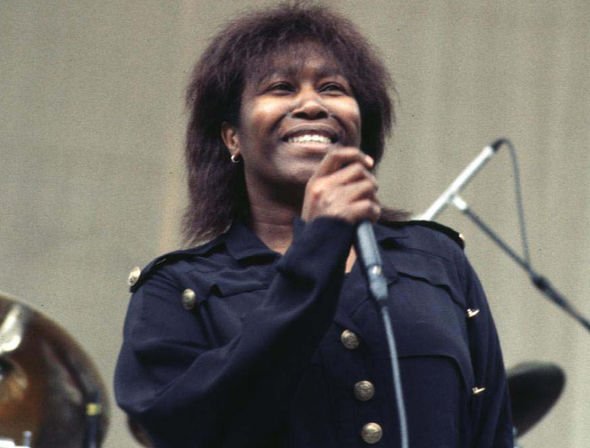 That wonderful first line – ‘I’m not in love, but I’m open to persuasion…’ – came to Joan while she was standing outside a shop in the Kings Road, Chelsea.

Music critics hailed her as Britain’s answer to Joni Mitchell. But this world-renowned chronicler of relationships keeps her own love-life private. She entered into a civil partnership with artist Maggie Butler in 2011 but never discusses it.

She’s much happier talking about her lifelong love of comic books.

She’s collected comics since she was small and in 1983 Joan even featured in the Beano’s Tom, Dick & Sally strip – giving Sally a slap-up tea in a recording studio (“Terrific, slurp!”).

The memory of her mum throwing away all of her comic collection (ranging from Mandy to Whizzer & Chips) when she was 21 still stings.

Joan started writing songs when she was 14, and – aside from an early collaboration with Pam Nestor –writes everything solo. “The only other contributor is the audience,” she says.

Before finding fame, Joan appeared in Hair with Paul Nicholas and Richard O’Brien but was never naked. “There is no amount of money that would make me happy about taking my clothes off in public,” she insists.

The star has never allowed anyone to put her in a box, refusing to be defined by her colour or gender, or even to stay in one genre. In 2007 she released the Grammy-nominated Into The Blues, evoking memories of Muddy Waters and BB King. A soft rock album, and then a jazz album, followed.

Don’t be surprised if heavy metal comes next – she’s still a fan.

Joan has no tours lined up, but will stream a live show at the end of this month from “a character-full church”. When venues open up, she will play live again but not too often. “I want to be enthusiastic on stage, so I’ve decided to cut down on performances.” 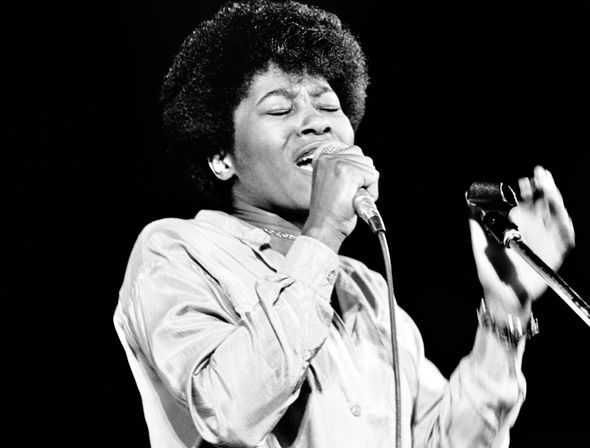 Joan doesn’t drink, or eat meat. She has never smoked or taken drugs, and has always swerved makeup. Feminists loved her but she wasn’t a feminist – or a politician. “I write about people and how they get along, and their emotions”.

She certainly tugs the heartstrings. Her touching, bluesy ballad Willow is a firm crowd favourite. “So many people have named their children after it. My mum used to say, ‘Play Willow so I can cry’.”

But our Joan isn’t about misery. “I’m a very positive person,” she says. “The thing I took most from reading comics is how positive everything is. It’s good for young people to know that you can always get through stuff.”