ACDC performs Back In Black in River Plate

Last weekend, AC/DC singer Brian Johnson teamed up with Dave Grohl’s Foo Fighters during the latter’s set at VAX Live. The Global Citizen event calling on world leaders to ensure coronavirus vaccines are accessible for all took place in California’s SoFi Stadium. The 73-year-old AC/DC legend joined Foo Fighters for a rendition of Back In Black during the band’s six-song set.

Foo Fighters performed All My Life and Everlong before inviting Brian on stage for AC/DC’s Back In Black.

Dave and the band then finished off with Times Like These, My Hero and Best Of You.

Together they performed to a crowd of 27,000 fans, many of who were essential workers.

Aside from the footage of Brian belting out Back In Black, VAX Live: The Concert to Reunite the World will air on YouTube at 8pm EST on May 8. 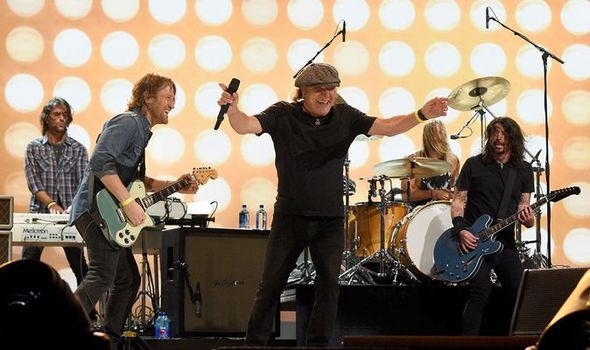 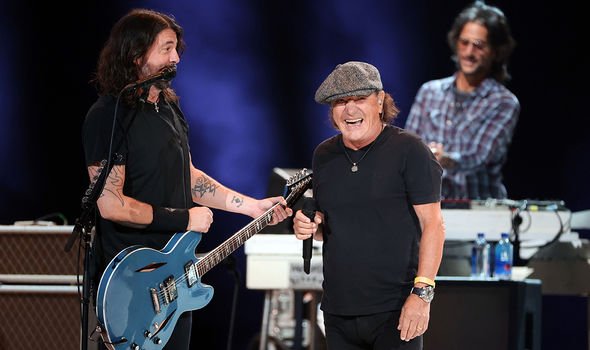 The show can also be seen in the US on ABC, ABC News Live, AXS TV, CBS and iHeartMedia.

Plus appearances from the likes of Ben Affleck, Jimmy Kimmel, Prince Harry and even a video message from President and First Lady Biden.

AC/DC released their new album Power Up last year, but the band hasn’t been on tour since 2016. 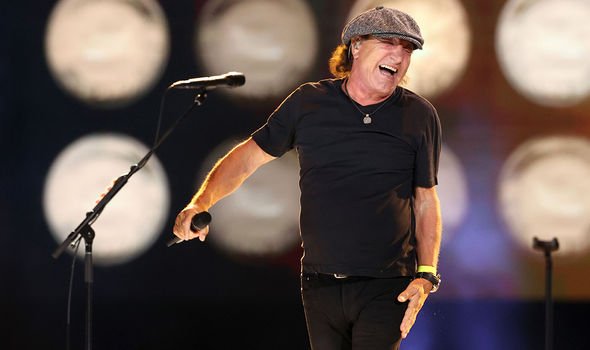 Even before the band’s Rock or Bust world tour ended, Brian had had to pull out and be replaced by Guns N’ Roses’ Axl Rose due to hearing problems.

But in 2017, the AC/DC singer performed Back In Black with Muse in a similar cameo appearance to the one with Foo Fighters.

Aside from the charity side of things, perhaps Brian is testing the waters before his band announces a new tour?

Speaking with Joe Walsh’s Old Fashioned Rock N’ Roll last year, the 73-year-old said of his 2021 touring hopes: “It would be lovely just to get out there, stand on that stage, and just give it everything you’ve got. It’s going to be the biggest roar you’ll ever hear in your life, when any band, anywhere in the world, stands up there. It’s going to be brilliant!”

Reflecting on the pandemic’s effect on live music, Brian continued: “I think it’s made us realise how much we took for granted.

“When you’ve gone to a gig or something and you hear somebody hit that guitar, like your good self, and just knock the snot out of it and you just get that shiver down your back.

“Now when you hear a band start up, hearing the live music — I think that’s a big miss for everybody.”

An AC/DC Power Up tour would sadly be without Malcolm Young after he died in 2017, while bassist Cliff Williams may have returned to record the new album but had retired from the band at the end of the Rock or Bust shows.

However, Cliff told Dean Delray’s Let There Be Talk podcast how rehearsals with AC/DC around Power Up’s recordings had gone “great”.

The AC/DC bassist agreed to only that to support the Power Up album. He added: “We were planning on doing that. Everyone goes home to their respective homes, and bang, we’ve been here ever since [in lockdown].”

But Cliff did clarify he didn’t want to tour after a few one-off concerts for the sake of his physical and mental wellbeing.