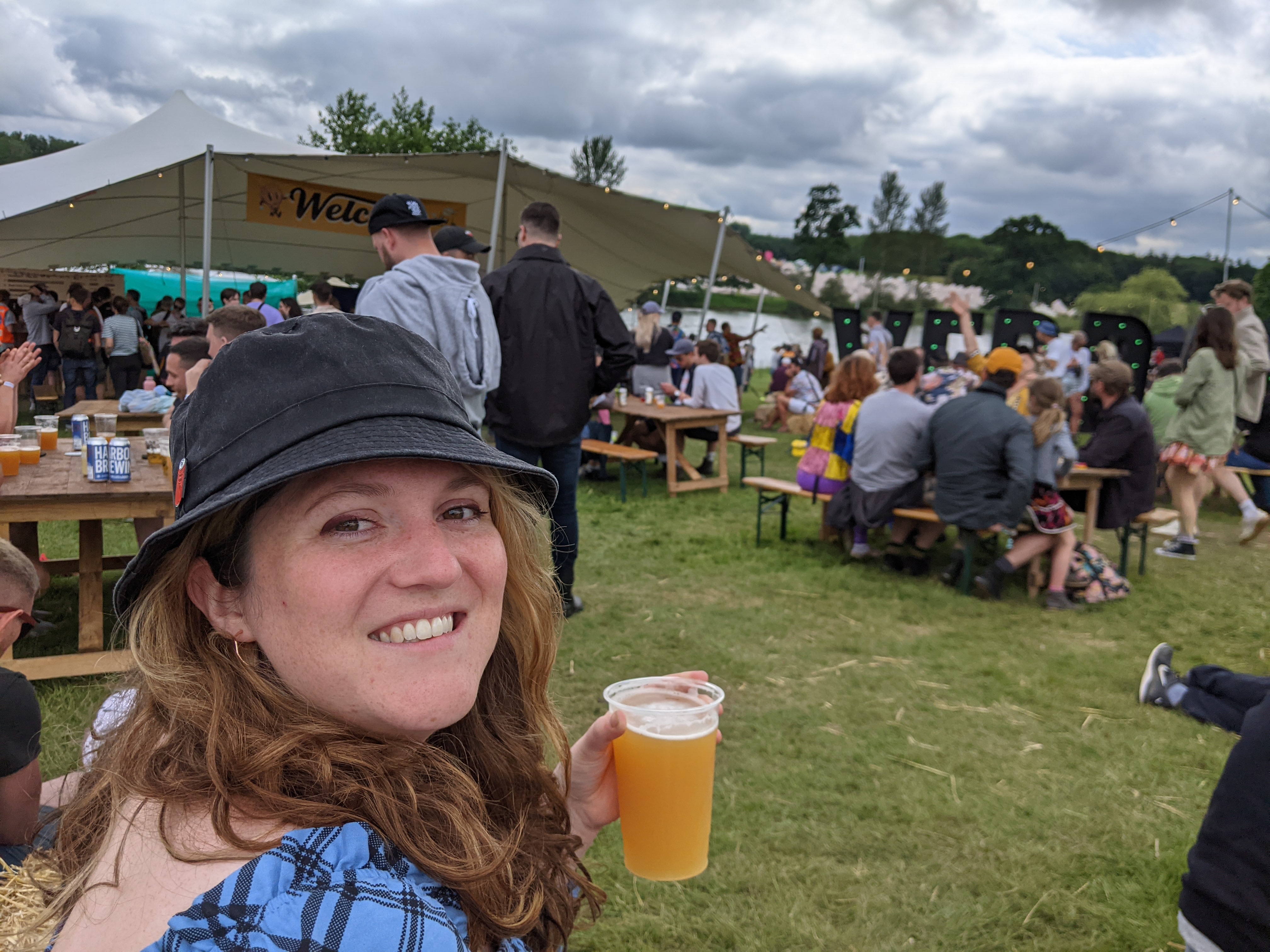 ‘And a wine for you, Miss,’ the waiter says, about to plonk a glass of red in front of me.

‘Actually, that’s for him,’ I reply, pointing to my male friend. ‘Mine is the pint,’ gesturing to a beer on the tray in the waiter’s hands – the ‘manly’ drink he assumed wasn’t mine.

It’s a phrase – not a question – I hear nearly every time I order from a pub, or restaurant. It’s usually a glass of wine that’s automatically placed in front of me; or a G&T, fancy frothy cocktail, or something made with pink, girly things that, presumably to bartenders, only women ought to drink.

I’ve had it for years, people predicting that, because I’m a woman, I couldn’t possibly drink beer – meaning there’s plenty of table switch-arounds when I’ve had the wrong drink placed in front of me as a consequence of gendered stereotypes.

In all honesty, I can’t remember the first time I tried beer – but I can remember convincing myself that I wouldn’t like it. I thought that beer was for blokes, or football hooligans, and never, ever women. But ever since meeting my husband Jethro, seven years ago, I’ve become more enthralled by the craft beer scene, and the sheer variety of beer on offer.

From pastry, cakey stouts on a snowy winter’s night in Norway, to pineapple-laden hazy tropical IPAs on the beach in America, and zesty small-town-brewed sharp Icelandic lagers – I’ve since travelled the world, desperate to try and drool over every single beer style, colour and taste you could possibly imagine.

I’ve even had bartenders laugh in my face when I order a 12% stout, smirking and asking: ‘Are you sure you can handle it, love?’

The presumption that women are ‘delicate flowers’ that need something sugar-coated, and light (in calories, and taste) – that’s zesty, soft and comfortable in a stemmed, dainty glass that won’t make them look too bloated afterwards is frustrating and deeply rooted in sexism.

It’s almost as if it’s been prescribed for years that women couldn’t possibly drink something as ‘manly’ as beer. In fact, a survey proved that over half of the women asked have admitted to enjoying the taste of beer, but 27% are put off by ‘male-oriented’ advertising, and a shocking 17% don’t drink beer as they’re afraid of being ‘judged’.

It’s astounding to think that some women are just too scared to drink something, just because it’s been deemed as masculine.

There’s no doubt, though, that beer is a man’s best friend. A pint is something ‘the lads’ traditionally get down the pub to get away from the missus. It’s heavily associated with masculinity (albeit toxic), football, beer bellies, and classic alpha-male traits like loutish behaviour, confidence, and being lairy. God forbid a woman boasted any of those traits!

We see men swilling pints in films, on TV shows, and in adverts. The cans on supermarket shelves are often cobalt blue, black or silver – usually with some sort of animal motif, and in bold, arrogant print.

Women don’t belong in the pub, they belong behind the bar – as an object of our affections – or at home – right? Controlling their calories, confidence and emotions.

Like in those films, women are shamed or fetishised for liking beer. They’re either seen as ‘unique’, like it’s so abnormal and off-piste. This representation of female beer drinkers frustrates me.

Back in March, on International Women’s Day, I set up a beer Instagram page (@beerwomxn) to combat these outdated and, quite frankly, ignorant stereotypes that have been automatically prescribed to my gender – without my permission.

I found myself feeling so alone as a female beer lover, with no one in pop culture that was like me – except, of course, my beer-loving husband. I wanted to talk about beer, as a proud woman, even if it was into an echo chamber – 56% of us apparently liked a pint, so I set out to find us.

Turns out, there’s a lot of us – there’s plenty of female brewsters, and female-owned breweries, too. Who knew? They’re certainly not on the shelves, are they?

Though I share my thoughts on my favourite tinnies on my feed, I’ve often been reminded by men *just* how many calories are in beer. As if the calorie count was a reason for me to stop drinking.

Hell, I’ve even had men message me, stating that beer is a ‘man’s thing’ and ‘women should stop drinking it’.

But the worst is when I’m applauded by men, congratulated for knowing the difference between an IPA and a lager – telling me they’re ‘impressed,’ as if I’m not like the other girls, and doing something totally wacky. Only as long as I smile doing it, of course.

At beer festivals, men have grinned and leered at me for wearing a nice dress and lipstick while drinking a pint – as if I dressed to impress them, and was somehow made all the more sexier by drinking ‘their’ drink.

What makes me so special and ‘unusual’ for drinking something out of a bigger glass, made out of yeast, water, malt and hops?

I’m sick of being told what my sex can and can’t do.

It’s why I continue to share the talent of women in craft beer, sharing their stories – of their achievements and misogyny in the hospitality industry – and it’s why I’ve set my sights on training to be a beer sommelier, of which the first two female sommeliers were only announced in 2012.

Gender stereotypes have been cemented by decades of ignorance, misogyny and blatant sexism – and it’s up to beer drinkers, and the beer industry (regardless of gender), to change that. If you’re behind a bar, don’t presume you know what a woman is ordering: listen to her.

If you’re stereotyping drinks according to gender then you need to take a long hard look at yourself, as your attitudes are as watered down as a Sex on the Beach poured out of a sachet.

Until then, I’ll be down the pub looking fierce with a pint (or two) in hand. Are you sure you can handle that, love?