Woman reveals her struggle with online dating after being ghosted

‘I was ghosted after the best date ever’: Woman reveals her struggle with online dating

A single young woman has revealed how she was ghosted after the ‘best first date ever’ leaving her disappointed – but not completely surprised.

Speaking to Nine Honey the woman said she was thrilled by her date when he turned up and ‘looked exactly like his profile pictures’.

And the night just kept getting better – he was attentive, paid for dinner and drinks and even walked the young woman to her car. 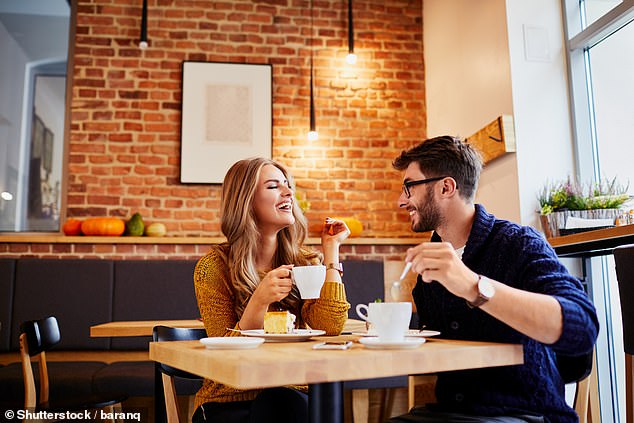 ‘He spent a long time asking about me and my life, and wanted to know why my last relationship ended,’ she said.

She told him her last relationship had been toxic and that there had been commitment issues.

Her date went on to speak about his own past relationships and reveal that he had inherited his love of archery from his ex-wife, which the woman found exciting.

Have you ever been ghosted?

Have you ever been ghosted?

‘He had a good sense of humour, he was handsome in a dorky kind of way, and he was very polite, asking me loads of questions about my family,’ she said.

By the end of the night the woman was feeling good about her potential new love interest.

So when he failed to call she was disappointed.

She admitted there was one red flag at the end of the night which made the disappearing act much less shocking.

‘He didn’t try to kiss me. Not even on the cheek. I thought that was a major red flag,’ she said.

She says she has been on far more bad first dates since joining the apps, including with men who looked completely different or bullied her for being a snob.

Expert reveals her top tips for success in online dating:

1. Honesty. ‘The little things you’ve found out online about a person have got you excited. Your anticipation about meeting them is high. You meet. It becomes obvious they are not the person they described. Your excitement leads to crashing disappointment. Attraction can’t recover from that.’ White lies may seem insignificant to you, but they obliterate trust and lost trust is hard to regain. Also being open and honest takes courage. Few people are attracted to cowards. How will they cope when life gets hard?’ she explained.

2. Make them laugh. ‘Laughter creates good memories,’ Ronnie said. ‘A laugh also releases hormones that increases bonding, it tells the other person that you’re friendly and almost everyone wants to be around someone who makes them feel happy.’

3. Be vulnerable. ‘We bond by sharing stories about ourselves. The more personal those stories are, the stronger the bond; it’s an intimacy thing, a trust thing, and it’s very subconscious. It is also reciprocal. Allow the other person to be vulnerable (don’t judge, listen and support them) and their bond with you will grow. It doesn’t have to get heavy. How many times have you heard someone say, ‘I love that she can never find anything, or I love that he can’t dance?’

4. Give them a present for no particular reason. ‘This doesn’t have to be a formal gift and it’s not the price that counts,’ Ronnie noted. ‘Do they love Tim Tams? Show them you noticed, buy them a packet. Maybe they’re searching for a good personal trainer. Do the research and give them some suggestions. Also never, ever! expect them to pay for the first date. Offer to go halves. If they refuse, offer to pick up the tab next time. Remember to do it.’ Generosity is attractive. Stinginess is not.

5. Don’t imagine that a profile pic or an algorithm is the best way of online dating. Don’t give up on online dating because it hasn’t worked for you. Try matching by voice. Voices can tell you about a person’s inner strength, friendliness and honesty. There are no ambiguities in a voice message either. Texts can be misread. Find out if someone’s voice makes your heart beat faster; voices have been matching people for hundreds of years longer than profile pics.