Prince William, Kate Middleton may be relocating to Windsor: report

Prince William is not over it.

The Duke of Cambridge “has not been able to come to terms” with either his brother Prince Harry’s exit from the royal family or Harry and Meghan Markle’s bombshell Oprah Winfrey interview, according to royal expert Omid Scobie.

“The relationship between Harry and William is still very much one of distance,” Scobie, who co-authored the Sussexes’ biography “Finding Freedom,” told “Entertainment Tonight” Thursday. “I don’t just mean physical [distance], across the Atlantic, but they are not talking that much.”

Although the siblings have been spotted acting cordial at several public gatherings — including Prince Philip’s funeral in April and their late mother Prince Diana’s statue unveiling in July — it has been reported for months that tensions are still running high behind closed doors.

“Both sides are able to put everything to one side when it comes to focusing on the bigger, more important moments,” Scobie said. “Unfortunately, that has not led to any sort of bigger movement. These are still two brothers who aren’t in regular communication, or in much communication at all, and I think they remain on these very different paths.”

Scobie doesn’t believe much change will happen soon because the brothers are “very different men.”

“I think that William has certainly become someone who is really living his life for the crown, for the institution. Harry has really sort of gone completely in the opposite direction,” he said. 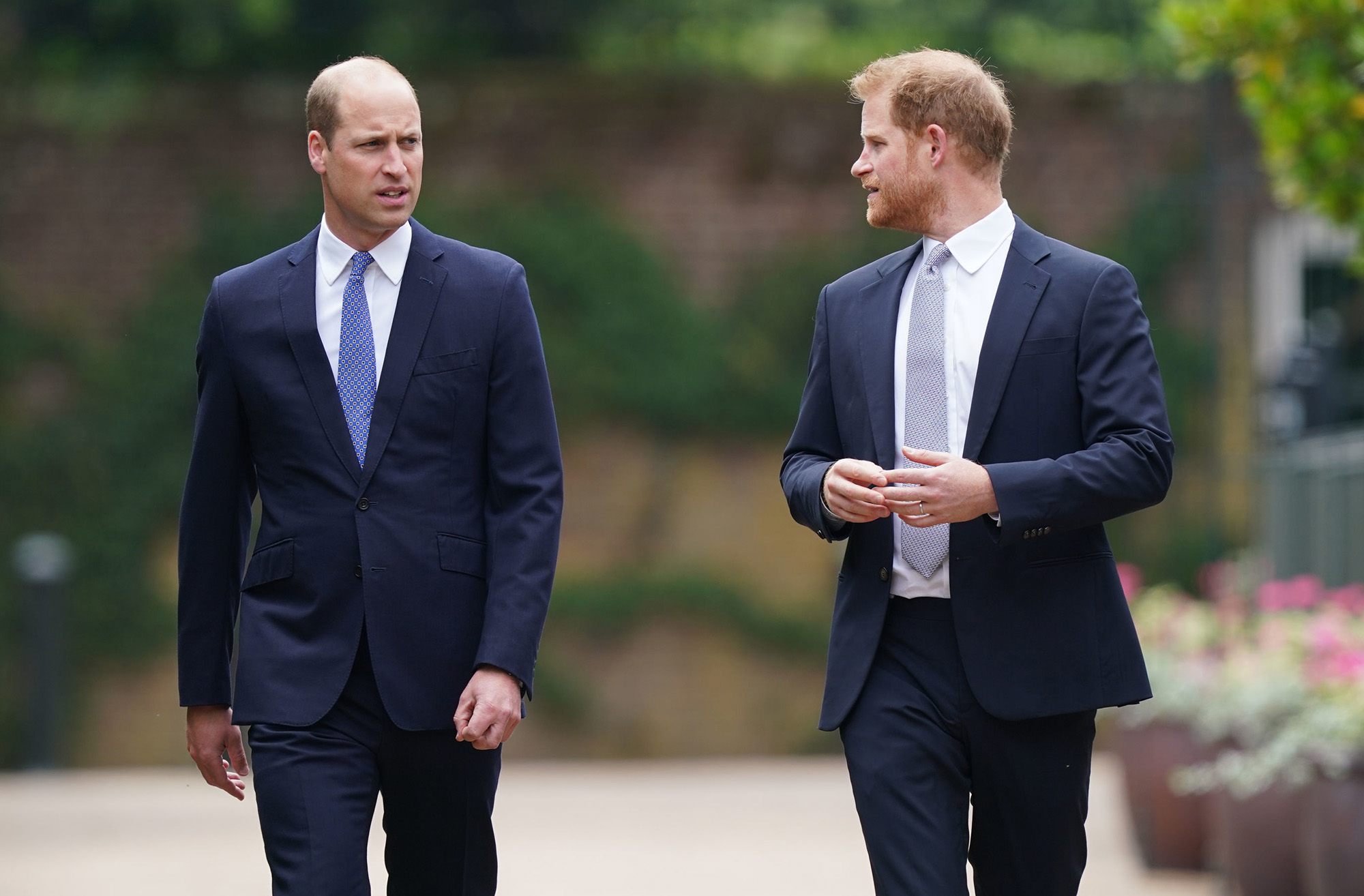 A source revealed in May that William, 39, had been feeling anxious that Harry, 36, would “go too far with his truth bombs.”

Following Diana’s statue unveiling, another source shared that William requested to not walk beside Harry at the event because it is “almost impossible for Harry to be trusted.”

The relationship reportedly soured after Markle, 40, alleged in the March interview with Winfrey, 67, that she had been bullied by palace staff and that a senior member of the royal family had “concerns” over the color of her son Archie’s skin — since the Duchess of Sussex is biracial.

At the time, William immediately defended his family, telling reporters, “We’re very much not a racist family.”

The Duchess of Cambridge’s uncle Gary Goldsmith said in June, “Kate is a brilliant arbiter and peacemaker. Every bone in her body is about making friends and doing the best she can. … She’s trying to mediate.”