Widows reborn: After the ill-fated Prime Suspect prequel and eye surgery that left her almost blind, last year’s hit film Widows has inspired Lynda La Plante to revisit the molls that made her name

The phrase ‘payback time’ might well be used by Lynda La Plante to describe the release last year of Widows, the film based on her 1983 TV series about an all-female heist.

Directed by Oscar-winning 12 Years A Slave director Steve McQueen and starring Viola Davis – who was BAFTA-nominated for it – Colin Farrell and Elizabeth Debicki, the film was critically acclaimed and led Lynda to rewrite and republish the original novels it was based on.

Its success was all the more satisfying for Lynda because the previous year had been her worst ever.

She was practically blinded by a botched eye operation, and she also endured a spectacular falling-out over the making of the critically panned TV prequel to Prime Suspect – the police drama she created in 1991 that made her a household name and launched the career of Helen Mirren as DCI Jane Tennison. 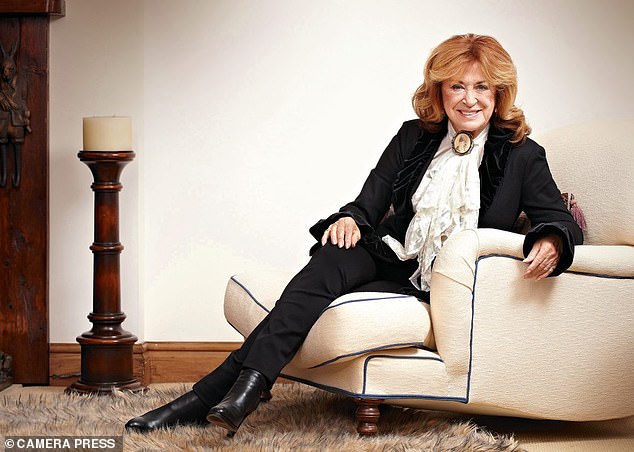 ‘When I told ITV I’d written the first Jane Tennison prequel book, the commissioner said, “You don’t own Jane Tennison, we do.

‘And if we want to make our own series we will,”’ she recalls.

‘That’s exactly what they did. It was the early 90s and I was just a writer for hire when I wrote the first Prime Suspect for Granada TV.

‘I had no legal advice when I signed the contract.

‘I only discovered in 2014 when I wrote Tennison, the first prequel book, that they’d taken everything, even the character rights.

‘It was a total nightmare during filming – everything I said was disregarded.

‘All my casting choices were ignored and they rewrote the script, changing the identity of the killer and not killing off a character I’d killed off.’

It ended with Lynda storming off the set.

‘All my confidence went. I was depressed, confused and angry – I’d never been treated so abusively.

‘So it was so exciting to polish up my Widows books. It gave me my energy back.’

In 2017 Lynda had a cataract operation that went badly wrong, and after being told she was too old for laser surgery she underwent a lens replacement in both eyes that left her almost blind for six months.

Her vision is still drastically impaired, but despite seeing six other surgeons she is still no closer to a solution and is scared of removing the new lenses for fear of becoming totally sightless. 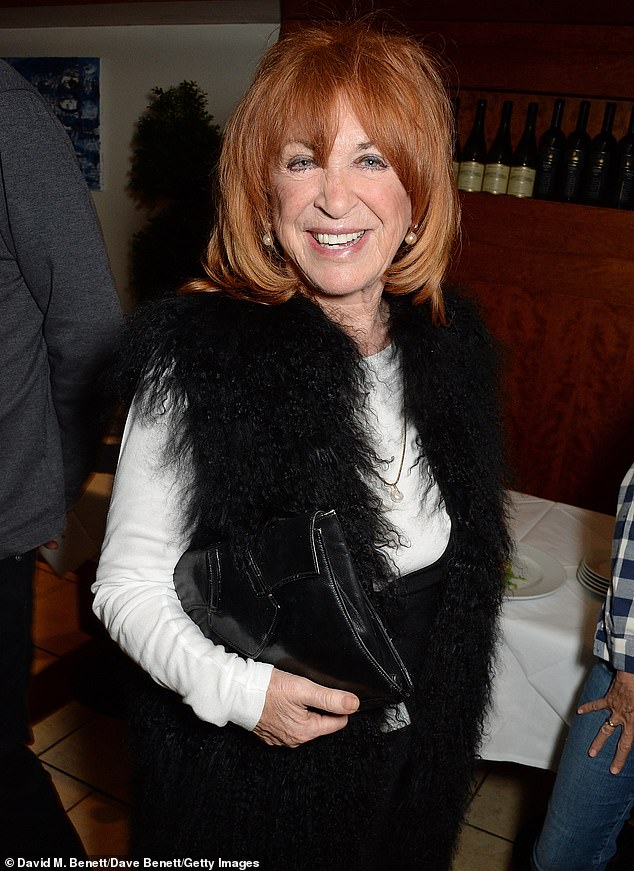 ‘Now I wear thick black glasses and it’s so frightening because I fall over all the time,’ she says.

‘Stairs and pavements are terrifying. Luckily I have a supersonic typist, and I sit with her to talk through the characters.

‘Then I spend hours with a magnifying glass doing the corrections.’

The whole awful experience has galvanised her because now, aged 76, she has two new books to her name.

First up is The Dirty Dozen, the fifth in the ten-book Tennison series following the young officer in the early years of her career, which is out now.

It’s set in April 1980 when Jane is the first female detective posted to the Met’s Flying Squad, which investigates armed robberies on banks, cash in transit and business premises.

Jane thinks her transfer is on merit so is surprised to discover she’s part of an experiment intended to have a calming influence on a team that dubs themselves the ‘Dirty Dozen’.

The men don’t think a woman is up to the dangers they face against London’s most ruthless armed criminals so, determined to prove she’s just as good, Jane takes action when she discovers a gang is planning a massive robbery of millions of pounds.

But Lynda is most excited about the next book – Buried, a sequel to the bestselling novels Widows and Widows’ Revenge that inspired Steve McQueen. 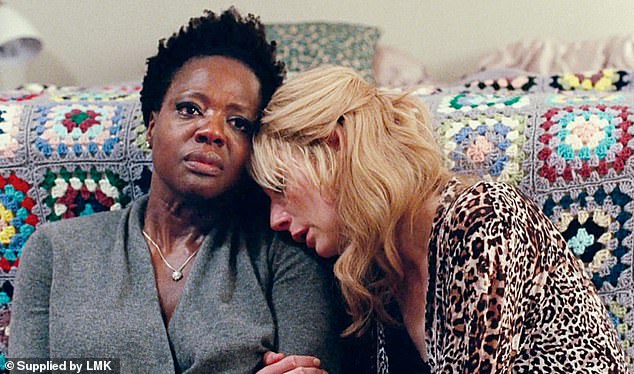 ‘When Steve told me he wanted to make the movie it was like manna from heaven,’ she says.

‘It gave me back what I’d lost. Working with him and having them respect me was astonishing.

‘The film was sold to about 28 countries, so I thought, “How can I make this current?”’

The Widows series focused on three women – Dolly Rawlins, Shirley Miller and Linda Perelli – who resolve to finish off a heist that killed their bank robber husbands.

‘Dolly was killed at the end of the Widows TV sequel, She’s Out,’ says Lynda.

‘Then I remembered Harry, her husband who was at the centre of the original plot, had a son, Jack, who is now 30.

‘He was adopted and doesn’t know who he is. He joins the Met and gets a clue about where he came from.

‘So he begins to dig and it kicks off a trail to the millions of untraceable bank notes from the original series, the legacy of Dolly.’ 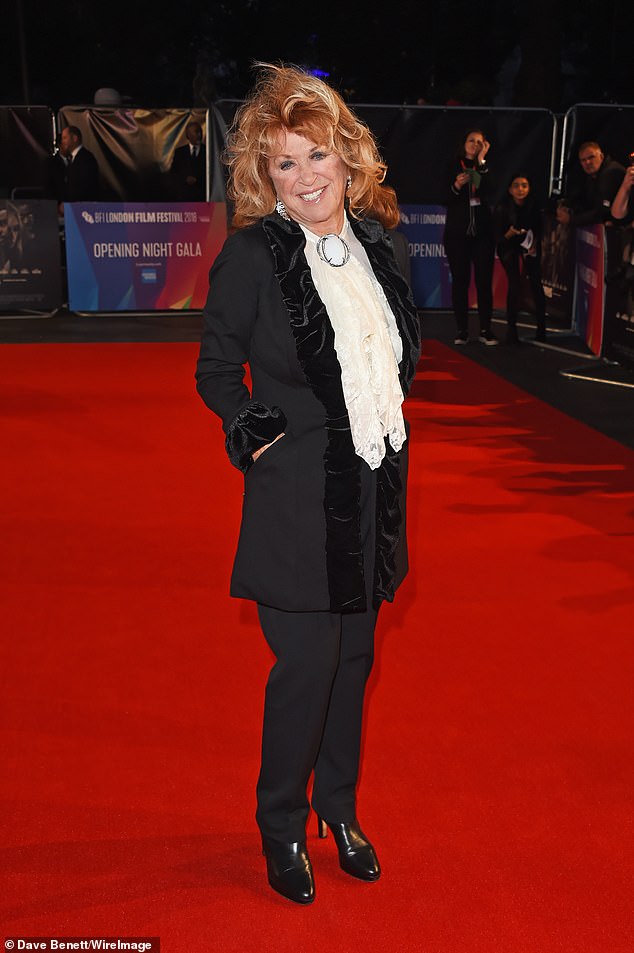 Lynda (pictured) who was married to Richard La Plante for 17 years, revealed her daughter Lorcan, 15, is her pride and joy

Dolly and her widows are close to Lynda’s heart because Widows was her first TV script.

She also shares personal history with Dolly, who experienced infertility and miscarriages.

Lynda was married for 17 years to American musician Richard La Plante, during which time she had three miscarriages, went through IVF and was diagnosed with early menopause.

She once said she would exchange every penny she’d earned to be able to have her own child.

After a difficult divorce from Richard, who’d said no to adopting, she realised her dream when she was offered a baby boy born in Florida.

Lorcan is now 15 and his mother’s pride and joy.

‘At his christening, I asked for a prayer for his birth mother to be at peace with this because he will, hopefully, meet her one day.’

And Lynda hopes she will be able to see this, if and when it happens.

The Dirty Dozen, published by Zaffre, is out now. Buried is out in March 2020. Lynda is headlining Capital Crime Festival later this month. For tickets, visit capitalcrime.org.