Why the Wimmera deserves to have its stories told

Adam McNicol is on a mission to document life in rural Victoria. The sports journalist turned independent publisher recently published a new book, The Wimmera. 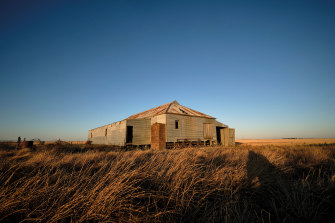 A disused woolshed, as seen in the book Wimmera.Credit:Noel Butcher

It is a sister publication to The Mallee, released last year, and McNicol has again corralled the support of newspaper photographers to document the region. It’s a labour of love in some ways, capturing the world in which he grew up. Like its predecessor, The Wimmera is structured around the former railway line. 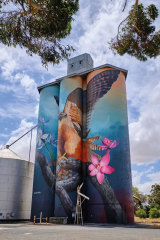 A silo at Kaniva displays an image of an Australian hoby – a type of falcon – surrounded by orchids. It has been painted by David Lee Pereira. Credit:Andrew Chapman

“At the heart of both projects is a desire to tell the stories of the small places that dot the Wimmera and Mallee regions and to tell the stories of the people who live there,” he says. “Most of the towns in both areas have seen steady population decline since the 1950s, but they have a certain charm and sense of faded glory that makes them worth documenting and celebrating.”

It features stories of people such as Tracey Rigney, a Wotjobaluk woman pictured at Horseshoe Bend near Dimboola, an important gathering place for Indigenous people for thousands of years, through to Claire Morgan at her chickpea brownies shop in Rupanyup. Images of the painted silos that put the region on the map for tourists in recent years tell a story of change and innovation. 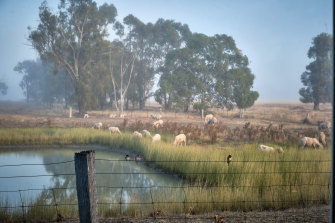 An autumn morning on a farm in the Wal Wal district. Credit:Jaime Murcia

Details such as a church hall at twilight, a dog being patted by a farmer, or a mist over a farm are captured. These stunning landscapes, old-school streetscapes and portraits of all manner of people provide a glimpse of a world not often documented but with many stories to tell.