‘We have to do better’: Sydney Festival chair apologises but says boycott funding won’t be returned

The chairman of the Sydney Festival board says it will not hand back sponsorship money from the Israeli embassy that sparked the withdrawal of dozens of shows and artists in protest.

Businessman David Kirk apologised to artists caught in the controversy after confirming it was festival management that approached the Israeli embassy to support Sydney Dance Company’s performance of Decadance.

Mr Kirk said the board was unaware of the controversial sponsorship until it saw the logo of the Embassy of Israel printed on the festival program late last year. 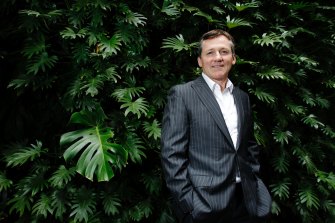 “I think it is a miss, collectively,” he told this masthead. “We missed the opportunity to have a conversation with management and the board to understand the implications. That’s the reason we are having a full and independent review of the processes around the taking of public money.

“We are hoping that review will help us never put artists in the situation we put them in this year whereby they’ve felt pressured or compromised to withdraw their acts. We are very sorry that we’ve done that to artists, and we accept that we have to do better.”

The festival has lost close to 30 performances and participants in a boycott called to protest the festival’s receipt of $20,000 from the Israeli embassy in Canberra to fund a performance at the Sydney Opera House of work by Israeli choreographer Ohad Naharin.

The contemporary dance performance at the centre of the controversy received a standing ovation and five-star reviews. The new arts minister Ben Franklin, described the boycott as a kind of censorship that “risks silencing important messages from a broad range of perspectives”. 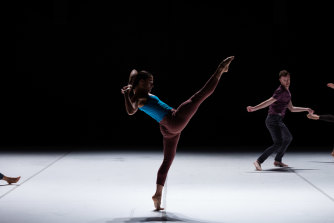 Sponsorship of Decadance sparked a boycott that has wreaked havoc with the Sydney Festival’s program. Credit:Daniel Boud

Regardless of the sponsorship amount, boycott co-organiser Fahad Ali said the board must take responsibility and divest itself of the funding. Ali said he was not satisfied with the board’s assurances that the situation would never be repeated. He said that as it stood the board was continuing to invest in Apartheid in the Middle East.

“Having recognised that this decision has put artists in a compromising position why wouldn’t they terminate the sponsorship now?” Ali said. “If it has had the effect that it has left artists feeling compromised and unsafe, why continue to put artists in harm’s way?”

Comedian Judith Lucy was among those to express frustration with the Sydney Festival board “particularly their sponsorship deal with the Israeli embassy but also leaving their artists in the shit”.

The boycott would be lifted immediately with the return of the sponsorship, Ali said.

He denied Mr Kirk’s claims that artists had been “inappropriately pressured” to join the boycott.

“As organisers of the campaign, we have been clear in messaging and said that we recognise that it is a very hard ask on artists, so the way we’ve approached it is, “ït’s your decision, your choice’. We are not the babysitters of the internet we can’t control the reactions of fans or other commentators. I can say confidently that every artist we have reached out to has been with respect and the utmost of care.”

Mr Kirk said it was inappropriate to hand back the sponsorship money given the festival had approached the Israeli embassy as was “typical” policy when foreign troupes or companies visited.

He predicted the boycott would have little material impact on the festival’s bottom line, with the impact of COVID-19 being the greater challenge. Very few tickets, he said, had been returned to the box office with ticket holders expressing solidarity with the boycott.

But Mr Kirk conceded that the festival had suffered brand damage. He did not consider it permanent with the review aiming to restore confidence in the festival’s integrity. Asked if he thought it was wrong to accept the sponsorship, Mr Kirk said he didn’t want to preempt the findings.

He said the festival had a lot of work to do with the artist community who had been frustrated that they had been put into the position in the first place. “We accept that,” he said. “We want to make sure that never happens again.”

The review would be led by two independent figures, with further details to be announced at the end of the festival. Mr Kirk expressed confidence in the festival’s new artistic director Olivia Ansell. “She’s put together a marvellous festival. She’s been tireless and promoting the festival.”