Boy or girl — or both? Cristiano Ronaldo and pregnant Georgina Rodríguez had his kids’ help in revealing the sexes of their twins.

The girls’ balloon exploded with pink confetti, while the boys’ was filled with blue. The little ones cheered and threw the decorations into the air, yelling, “Niño! Niña!” 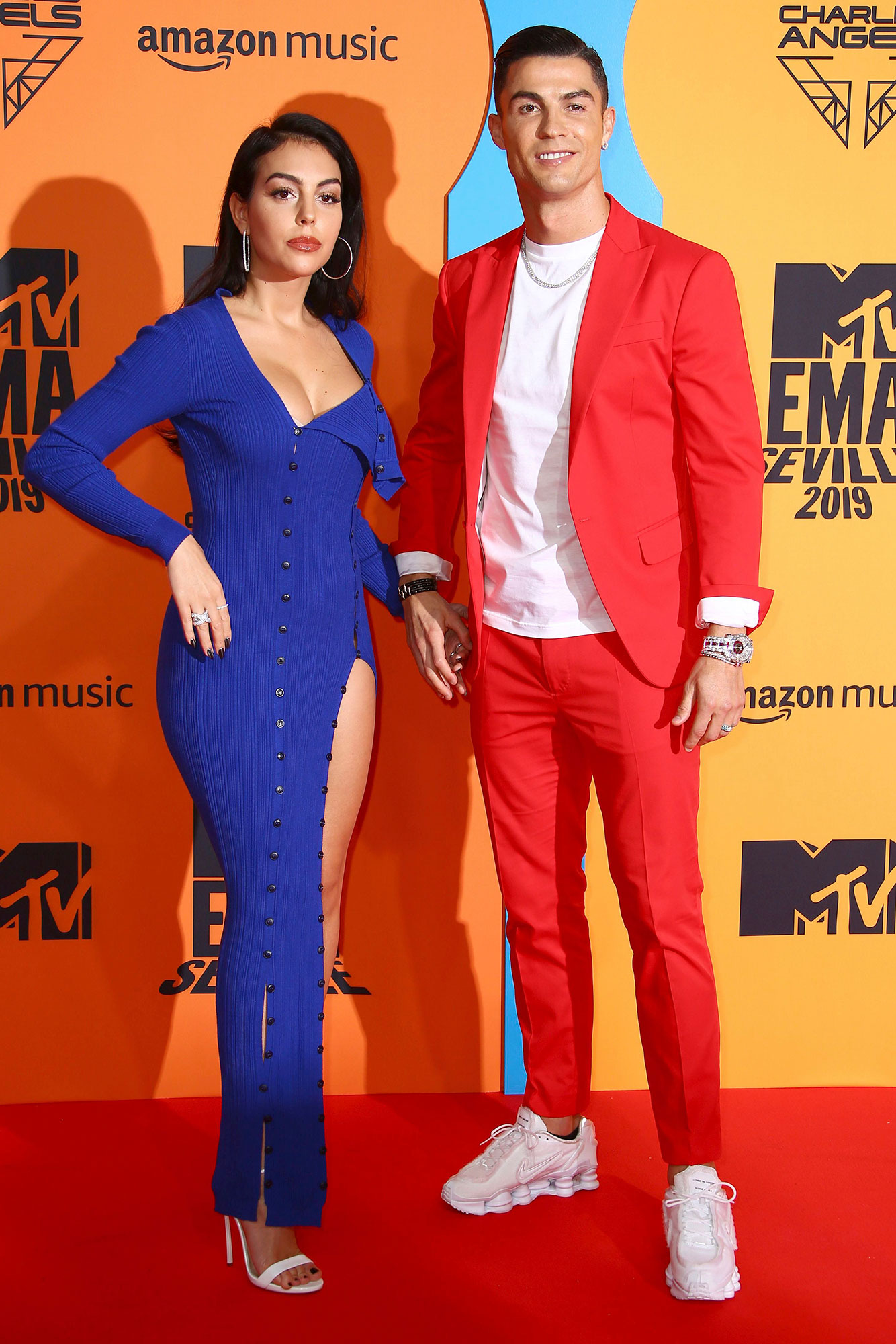 The social media upload came two months after the couple announced that the model is pregnant with Ronaldo’s fifth and sixth children.

“Delighted to announce we are expecting twins,” the duo captioned their joint Instagram reveals in October. “Our hearts are full of love — we can’t wait to meet you. #blessed.”

The athlete first became a dad in 2010 when Cristiano Jr. arrived. “It is with great joy and emotion that I inform I have recently become father to a baby boy,” Ronaldo wrote in a statement at the time. “As agreed with the baby’s mother, who prefers to have her identity kept confidential, my son will be under my exclusive guardianship.” 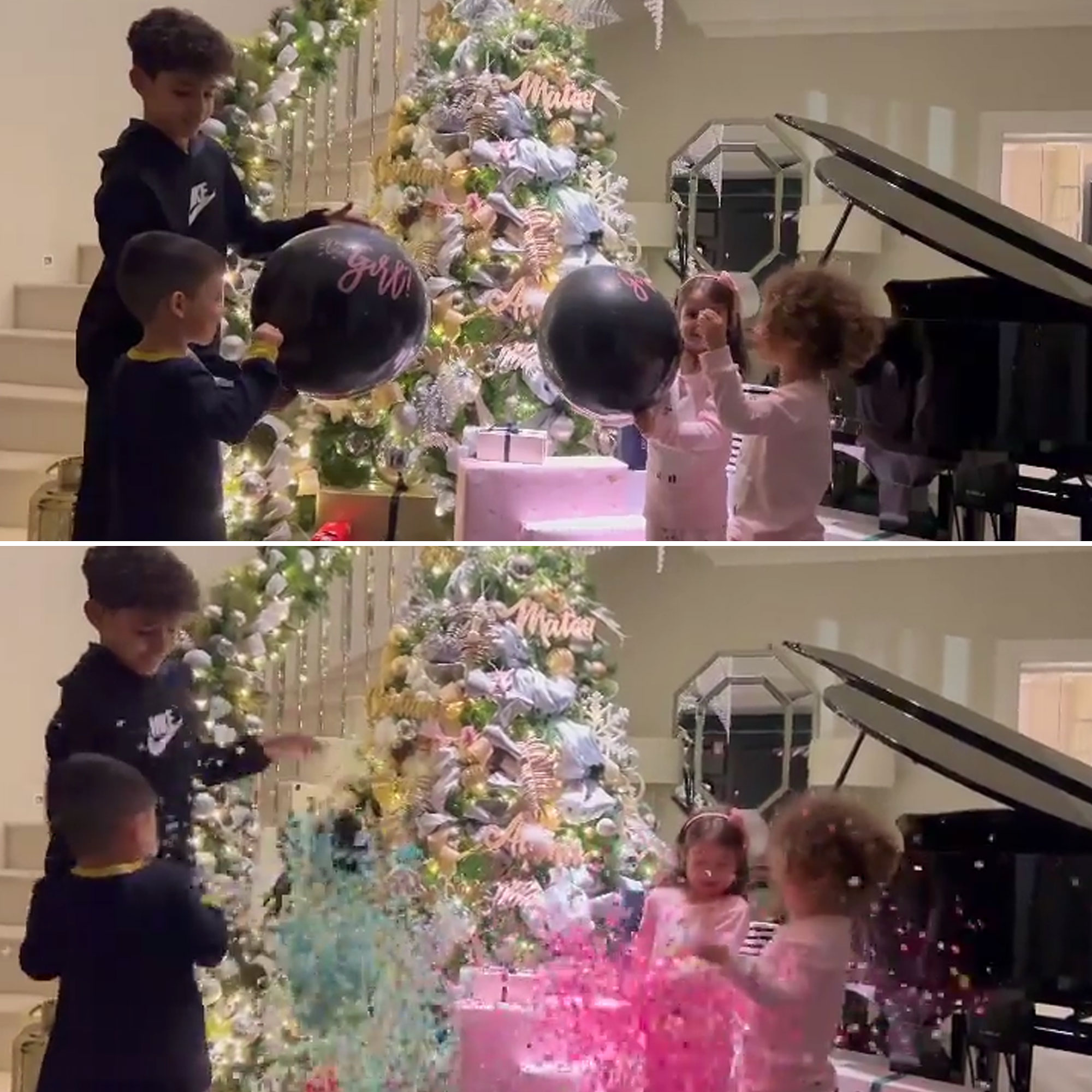 The Portugal native, who was dating model Irina Shayk at the time, went on to tell Jonathan Ross in an interview that he “never told anyone” about his baby boy’s maternity and “never” would.

“People speculate I was with this girl or another, or there was a surrogate mother,” the Manchester United player explained. “When Cristiano is going to grow up, I am always going to say the truth to him because he deserves it, because he is my son, but I am not going to say because people want me to say.” 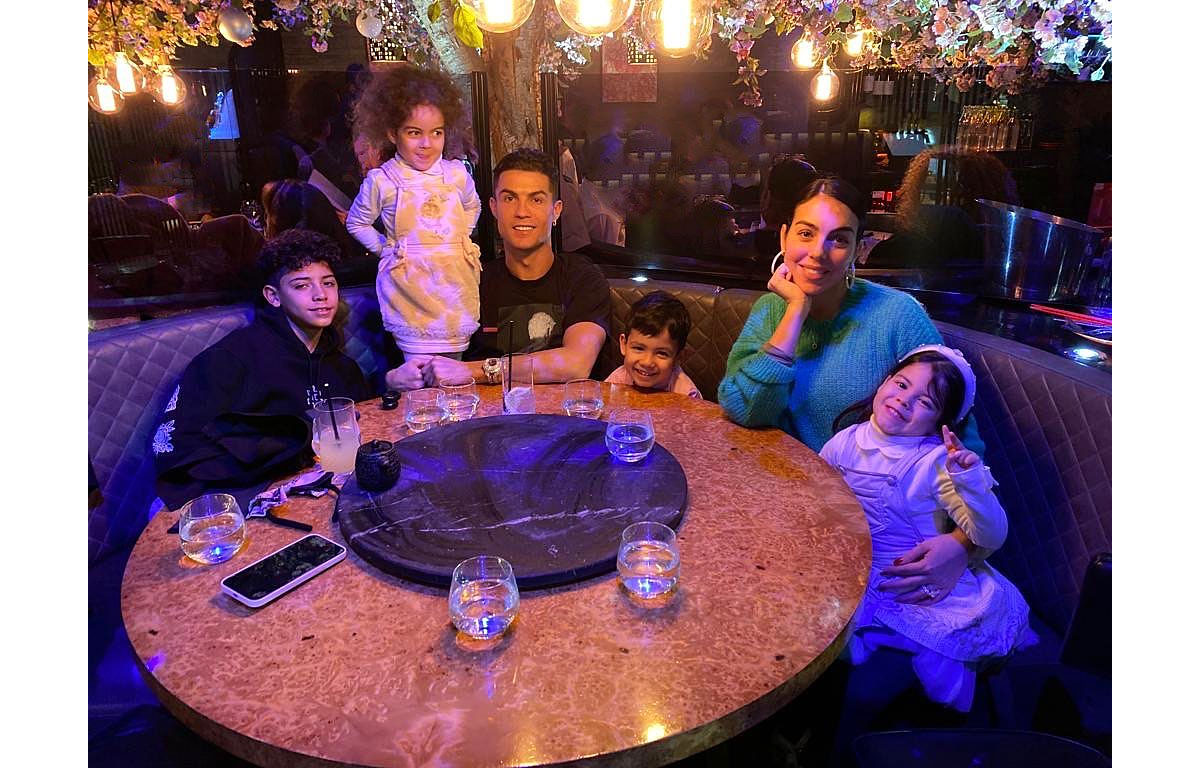 The forward welcomed his first set of twins six years later via gestational carrier while dating Rodríguez. In November 2017, the Argentina native gave birth to Alana.

“Being a father is a unique and personal journey, something that has changed me completely,” Ronaldo wrote of his newborns that same year. “It’s taught me things about love that I never knew existed. It has softened me and given me a different perspective on what is really important in my life. Being a father and seeing my family grow is without doubt the greatest privilege I’ve had. Spending time with them, being by their side, smiling and laughing with them. They’ve brought a lot of happiness and joy to my life.”