The good news from Australia’s new state of the environment report is there are more saltwater crocodiles following 50 years of recovery after the species was nearly hunted to extinction.

The bad news? Pretty much everything else. 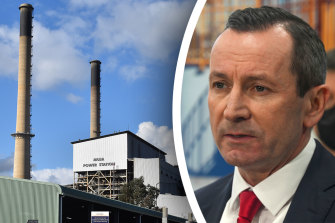 The WA government has committed to shutting its coal-fired power stations by 2030 but is still backing in gas projects that result in big emissions.Credit:Peter Milne/Peter de Kruijff

The five-yearly status update on how the nation is tracking reported most of the major categories rated — including climate, extreme events, land and soil, inland water, coasts, marine values, air quality and biodiversity — deteriorating.

The major change from the 2016 report was just how much climate change was having real current impacts, rather than being talked about as the future.

Following an unprecedented fire season, the WA budget has forecast a 5 per cent increase on the emergency services levy charge for metropolitan residents, to pay the bills of fighting more complex and dangerous blazes.

The drying of the state is continuing with depleting water resources, wetlands and river systems with a major strain on water access for residents and farmers.

Out of the 20 mammal species most at risk from extinction in the next two decades, most are from the north of Australia and the South West.

The South West, one of Australia’s two global biodiversity hotspots, is also home to many of the country’s nearly 200 threatened eucalyptus species.

The world is changing but many state and federal policies are not.

Perth-based Curtin University Professor Kingsley Dixon was a co-author on the coastal chapter of the new report. 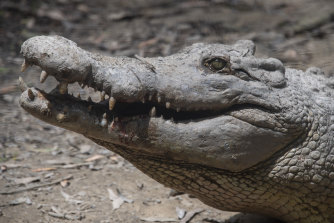 In some much needed good news saltwater crocodile populations are on the rise.Credit:File Image

He said the “business as usual” approach had caused Australia to reach a tipping point.

The revered botanist, who was the founding director of science at Kings Park, says the state government needs to stop habitat destruction, with only 30 per cent of South West vegetation remaining after colonisation.

“Our prime government agency, the Department of Biodiversity, Conservation and Attractions, has had two auditor-general qualified reports saying they are underperforming in [protecting] our biodiversity.

“It’s clear the process of agency-based conservation is unable to deliver.”

He said critically rare species needed a whole new community and government rescue effort that empowered the community and Natural Resource Management groups, catchment councils and wildflower societies rather than excluding them.

Sprawl in the city

Like the rest of the world, WA is facing rising inflation and housing stock pressure following the global shocks of COVID-19 and the Ukraine war.

But transition to renewables and a more sustainable economy to meet Paris Agreement targets in 2030 and net zero by 2050 was always going to be a rude shock. 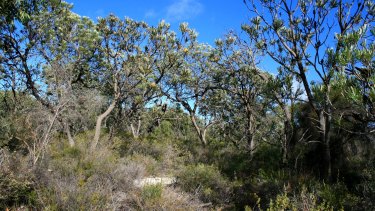 Perth’s the only place on earth that has banksia woodland as the dominant vegetation type. Pictured is the Melaleuca Park area north of Gnangara. Credit:Rob Davis

WA long being lampooned as the sprawl capital of the nation, with corresponding environmental destruction and species loss, has not shamed it into getting the policy frameworks or social appetite to shift to high-rise infill.

But Planning Minister Rita Saffioti said developers faced significant extra cost in building apartments, at a time of construction materials blowouts, and said she would not shock a sensitive market by placing an urban boundary on Perth.

The consequence of the state government allowing continual sprawl is further fragmentation of remnant bush.

There is currently 18,319 hectares of land in the Perth and Peel regions zoned “urban deferred”, home to threatened ecological communities, such as banskia woodlands, which are nominally protected by federal laws but could still be bulldozed for new homes.

Fossil fuels in the regions

WA is continuing to release onshore and offshore petroleum acreages for exploration.

The state budget has put money towards finding more areas where big gas-emitting projects could potentially capture and store their carbon emissions, even though the technology has few examples of success worldwide.

Applications for gas projects also continue to roll in for WA, the only state with emissions increases from 2005 to 2019, despite global calls to not allow any new fossil fuel projects.

WA Environment Minister Reece Whitby said the state looked forward to working with the new federal government to respond to the report.

“The McGowan government is committed to meaningful action on climate change and environmental degradation,” he said.

“The government has and will continue to implement a range of initiatives to respond to these challenges, from expanding our conservation estate, stopping logging in our native forests, the orderly retirement of state-owned coal power stations to the banning of single-use plastic items.”

Whitby did not respond to a question about whether the government would consider putting a stop to new gas projects.

However, a CSIRO report commissioned by Woodside undermined claims by the company that gas produced from its proposed Scarborough project would reduce global emissions.

The new federal Labor government is seeking to legislate a 43 per cent carbon reduction target by 2030, well below the 50 per cent needed to meet the Paris Agreement.

A plan from the United States, the planet’s second biggest emitter, to invest $US555 billion in a clean energy transition and achieve a 50 per cent emissions reduction has all but collapsed.

In this context, WA’s global biodiversity hotspot, an “emergency ward” for species, might itself need rescue – but it appears no one is coming.