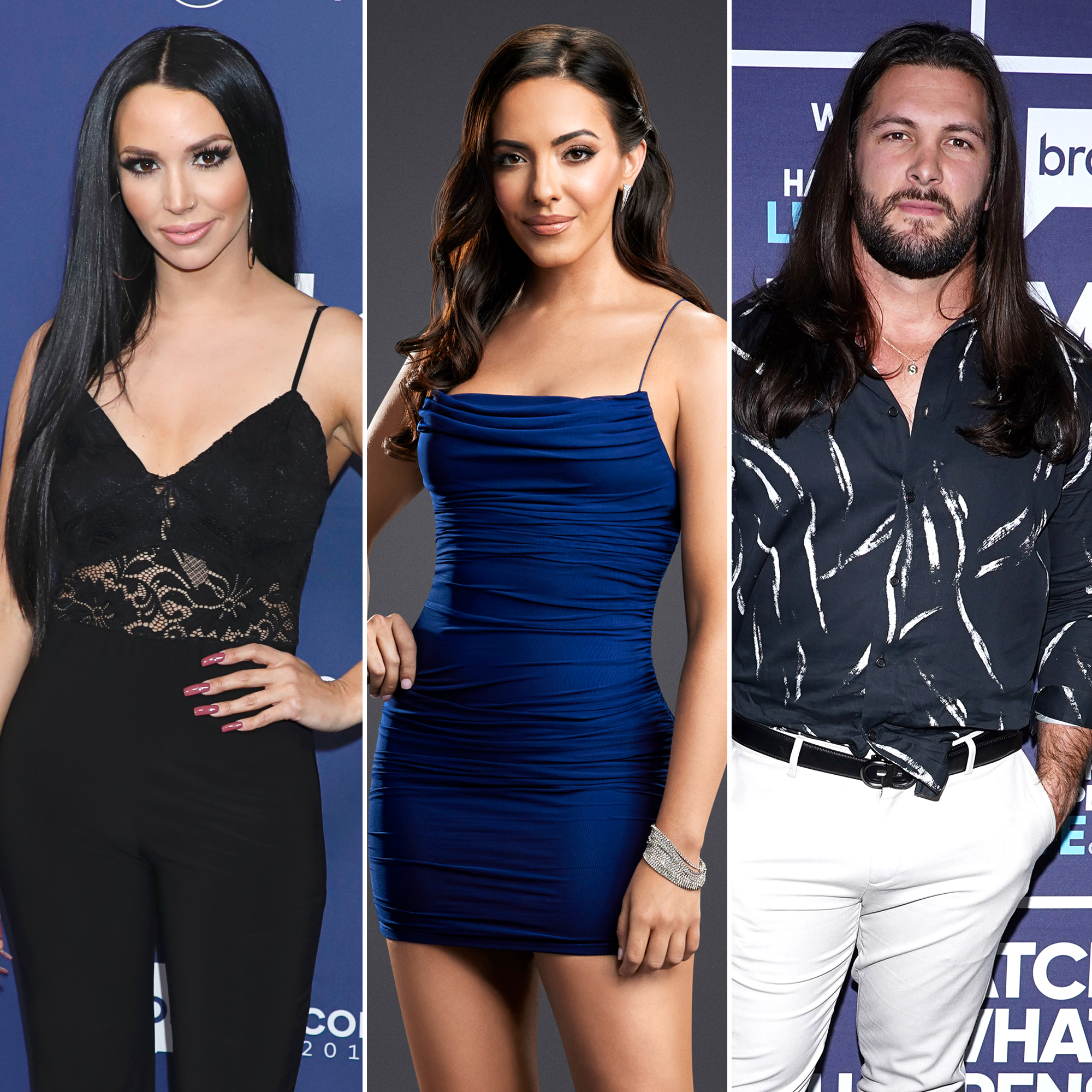 Where is Rob Valleta when you need him? After fans watched Brock Davies hang a TV for Charli Burnett in only five minutes, the SUR waitress clarified that it wasn’t as successful as expected.

“Update on the TV Brock hung up lmao it literally fell at like 4 am we thought someone was breaking in 😭😭 #PumpRules,” Charli tweeted on Tuesday, November 9.

Viewers, who saw Brock, 30, be put to the challenge in a new episode of Vanderpump Rules, took to the comments section, with one writing, “I love it. Oh no u better call ROB.”

Scheana Shay defended her fiancé’s hard work, replying, “And you knew y’all didn’t have the proper tools or anchors for him to do it that day. He got it up quickly and did all the steps for the vlog. It was never secure.”

Charli, for her part, laughed off the issue, responding, “Oh god scheana it’s a joooookkeee did you sit all night mad about this and we did 😭😭 but legit its funny! Not that deep boo.”

The Vanderpump Rules newcomer also included a video of Teresa Giudice, from a Real Housewives of New Jersey reunion, explaining that she was making a joke.

Brock’s attempt to hang a TV in under seven minutes was a callback to fans who saw Scheana’s relationship with Rob, 39, play out on season 6 of Vanderpump Rules. The singer, 36, who reconnected with Rob after her divorce from Mike Shay, would always praise her then-boyfriend for his handyman skills.

After the exes called it quits in 2017, Scheana opened up about having to watch herself be so committed to the TV host on the Bravo show.

“Obviously, you can’t see every minute of every conversation … I know I look really stupid, and you know what? I was coming off a divorce,” the “Good as Gold” performer explained to her costar Ariana Madix on an episode of her podcast, “Scheananigans,” in March 2018. “I got back with someone who I felt was my soulmate and was the one … You can’t fault me for being happy and being in love.” 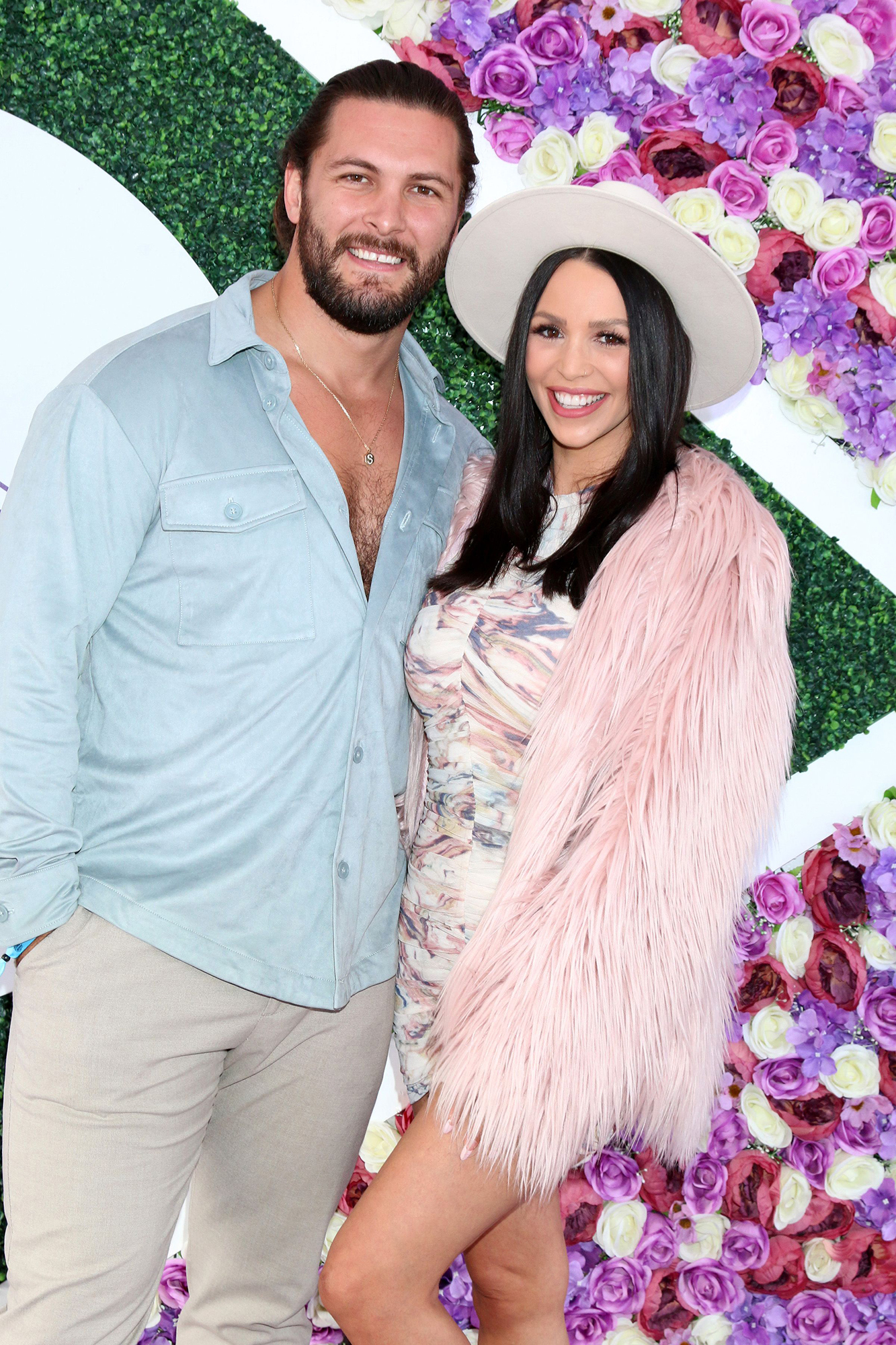 Later that year, Scheana exclusively told Us Weekly that she didn’t want to see red flags when it came to her first relationship post-marriage.

“With Rob, there was so many times that things didn’t really [seem] right, but I ignored it. I ignored signs, I ignored other opinions,” Scheana explained to Us in November 2018. “I was just like, ‘No, no, no, this is perfect,’ because I couldn’t admit that me jumping into a relationship a month after a divorce was a bad idea. I couldn’t admit that things weren’t perfect. I just wanted everyone to think, ‘Oh wow, this is her fairy tale ending, she got divorced and met the love of her life. And everyone lived happily ever after.’ And that was not the case.”

The reality star found love with the rugby player in 2019 and Us confirmed in July that the pair got engaged. Scheana and Brock, who share daughter Summer Moon, 7 months, previously discussed her relationship with Rob.

During a December 2019 episode of her podcast, Brock joked, “Seven minutes, thanks, mate. We can touch that one later,” before adding, “It’s a soft subject for me, for sure.”

For the Australia native, it was annoying to hear about Rob’s TV hanging accomplishment.

“The f–king asshole makes me put up a TV in under 7 minutes, that’s all I have to say about him,” Brock said. “But he’s a good guy.”

Scheana, for her part, clarified that she gave her ex a little more credit than he might have deserved.

“To be clear, the framework was already drilled in the wall,” she noted. “He simply took it out of the box, put it on, plugged it in, turned it on in under 7 minutes.”