We’re not lovin’ it! McDonald’s fans are left disappointed as the chain cancels its popular Monopoly game for the first time in 15 years – and claim it’s the ‘worst thing about 2020’

Disappointed Twitter users have shared their sadness that McDonald’s has cancelled its popular Monopoly promotion for the first time in 15-years.

The game has run every spring since 2005 in the UK and allows customers to win large cash prizes by collecting property game tokens, or smaller food prizes such as fries or a McFlurry with instant win stickers.

The fast food chain havs decided to postpone this years game in order to enable safe working and social distancing inside restaurants and to minimise the pressure on employees.

What’s more, some of the food items involved are not currently available, with stores serving limited menus until normal service resumes.

Social media users were quick comment on the news, with one joking that their ‘kids were crying’ after hearing of the announcement, while another raged that after months of lockdown, this was a bitter pill to swallow. 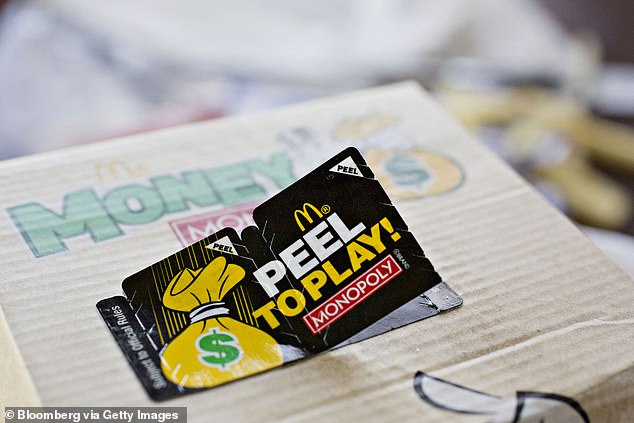 McDonald’s has cancelled their popular Monopoly board game for the first time in 15-years. Stock image

Oen angry father commented: ‘McDonald’s Monopoly is cancelled?! Thanks for that, kids are crying now!’

‘McDonalds Monopoly is cancelled this year. I hate 2020,’ moaned another user.

Another ranted: ‘I can lose pubs. I can lose work. I can lose many other things. BUT NOW YOU’VE TAKEN MCDONALDS MONOPOLY FROM ME. ENOUGH IS ENOUGH.’

‘Worst thing about this year was missing out on McDonalds Monopoly, f****g love a free McFlurry,’ said a third.

Social media users were quick comment on the news, with one joking that their ‘kids were crying’ after hearing of the announcement

McDonald’s UK & Ireland CEO Paul Pomroy said that while the promotion creates a ‘great deal of excitement’ and will be returning next spring, it can not be safely reintroduce yet.

In a statement he said: ‘We took the decision to close our restaurants shortly before this year’s Monopoly promotion was due to launch. We know many of you enjoy this promotion, which has run since 2005 in the UK.

‘To enable safe working and social distancing inside our restaurants and to minimise the pressure on our employees, we have decided to cancel this year’s Monopoly VIP campaign. 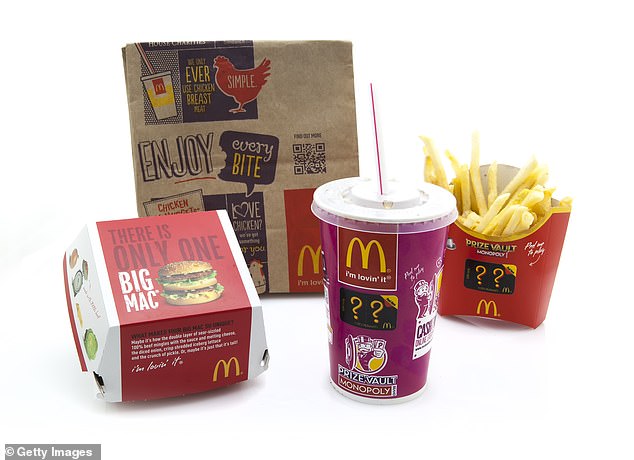 The well-liked promotional game has run every spring since 2005 in the UK and allows customers to win large prizes collecting property game tokens. Stock image

‘It creates a great deal of excitement inside our restaurants and relies heavily upon menu items we cannot safely reintroduce yet.

‘Rest assured, we are already planning for Monopoly 2021 and hope to be able to bring this popular promotion back next Spring.’

While fans of the fast food giant won’t be able to win big on their favourite promotional offer, they will be able to indulge in one of their famous breakfast muffins.

McDonald’s yesterday announced the return of its famous breakfast to 1,000 reopened restaurants, with milkshakes and bacon double cheeseburgers also back on the menu.

The franchise, which has 1,800 outlets in the UK, has announced the return of six popular items having previously opened with a limited menu following the easing of lockdown restrictions.

Milkshakes and bacon double cheeseburgers, the Mayo Chicken, the Bacon Mayo Chicken, hot chocolate and Happy Meal Organic Milk bottles will all be available from 11am on 9th July.