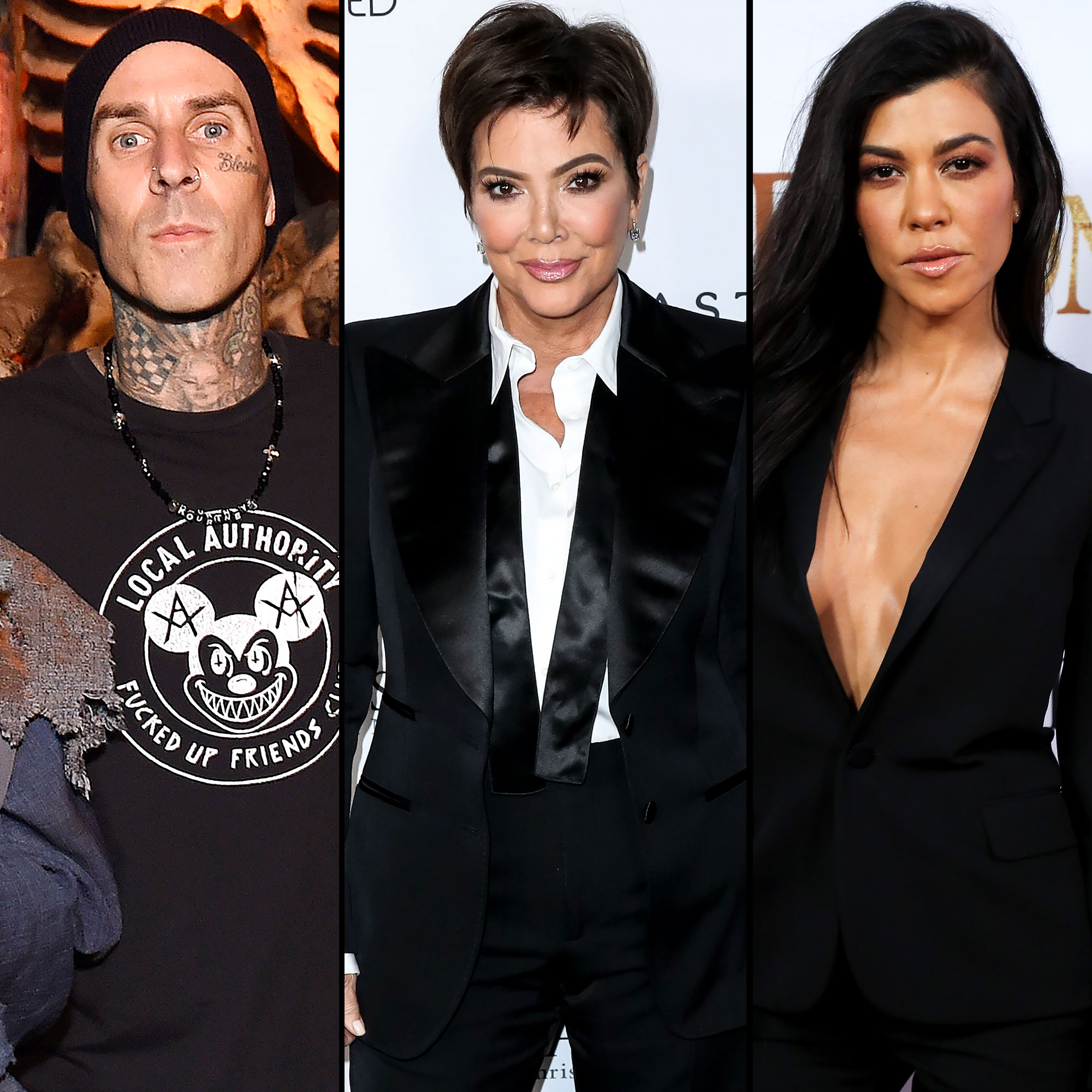 All planned out! Before Travis Barker’s romantic proposal to girlfriend Kourtney Kardashian, he first informed her mother of his intentions.

“I’m so excited; he was really cute, he did that [proposal] all on his own,” Kris Jenner discussed the romantic moment on The Ellen DeGeneres Show on Friday, October 29, before confirming that the Blink-182 drummer, 45, asked for her permission beforehand. “He did, he’s a sweetheart and they’re so happy. They can’t wait. … I think people at the hotel thought they were setting up for The Bachelorette or something.”

During her appearance on the daytime show’s Halloween episode, the 65-year-old momager further gushed about the couple, revealing, “Kourtney and Travis, they really are made for each other. They’re the cutest couple, they’re so in love and, you know, they let us know they’re so in love. Constantly.”

While dressed as Cruella DeVil for the spooky holiday interview, Jenner couldn’t help but joke about the 42-year-old Poosh founder’s constant PDA with her beau.

“You feel like they’re the only two people in the room,” the Jenner Communications founder told Ellen DeGeneres. “And we almost don’t know what to do with ourselves, like, I’m looking for a closet to hide in [or] somewhere to go. But they’re in that stage, and it’s really, really special.”

Us Weekly confirmed on October 17 that the “All the Small Things” musician proposed to the mom of three — she shares Mason, 11, Penelope, 9, and Reign, 6, with ex Scott Disick — on the beach at Rosewood Miramar Beach Hotel in Santa Barbara, California.

Shortly after the news broke, Kardashian shared photos from the beachfront engagement via Instagram, captioning it, “forever.”

Kourtney Kardashian and Travis Barker’s Sweetest Quotes About Each Other

After the duo sparked dating speculation earlier this year, Us confirmed they were officially a couple in January.

“They have been close friends for years and have been dating for a couple months,” an insider exclusively revealed at the time. “Travis is very smitten with Kourtney and has been for a while.”

Since then, the drummer and the Keeping Up With the Kardashians alum’s relationship has continued to heat up as they’ve packed on the PDA and bonded with one another’s kids. (Barker, for his part, shares Landon, 18, and Alabama, 15, with ex-wife Shanna Moakler.)

“They will have a baby together without any doubt, it’s just a matter of when and how,” a source exclusively told Us earlier this month. “Ideally, Kourtney would like a natural birth. She’s confident it won’t be a problem because she’s always been lucky to conceive naturally and has taken great care of herself physically. … Certainly, though, she and Travis want to bring their own child into the picture, and if she can’t conceive, they’ll look at other alternatives.”