Tourism Minister Martin Pakula has written to his federal counterpart Dan Tehan outlining the four additional Victorian destinations he would like included in the half-price flight scheme announced by the federal government this week.

Flights would be subsidised into Mildura, Bendigo, Albury-Wodonga and Melbourne airports under Mr Pakula’s proposal, in addition to Avalon Airport, which was already part of the initial 14 airports on the federal list. 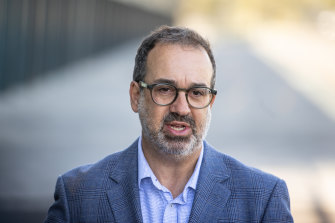 The Victorian government on Thursday went on the front foot, criticising the $1.2 billion federal tourism package that was headlined by 800,000 half-price flights from April to July.

Acting Premier James Merlino pointed to Queensland’s five airports, Tasmania’s three and the Northern Territory’s two as evidence the program “is not fair”, backed up by Mr Pakula who said “somewhere in the Canberra bubble there seems to be a misunderstanding of how Victorian tourism works”.

Fronting media on Friday, Mr Pakula said he did not want to see the federal government treating Victorians as “cash cows for northern Australia or for that matter Tasmania”.

“It’s just not reasonable for a federal supposedly tourism scheme to be used in a way that is so inequitable and which forgets large parts of the tourism industry, not just in Victoria but in places like New South Wales and WA as well,” he said.

New South Wales (Merimbula) and Western Australia (Broome) join Victoria with one destination in the scheme, while Adelaide was added to become South Australia’s second airport along with Kangaroo Island on Friday.

The Tourism Minister said he maintained hope the federal government would expand the number of destinations, having spoken with Mr Tehan before the package was announced this week.

“If you want to go to the Murray River region, Albury would seem to be the most appropriate airport. So we want to see more Victorian airports included in the scheme.” 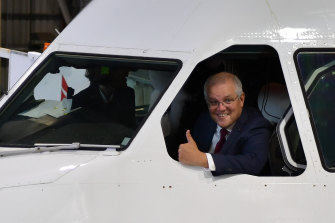 Launching the scheme on Thursday, Prime Minister Scott Morrison said it was aimed at reinvigorating regional areas where tourism operators have suffered dearly due to the coronavirus pandemic and left open the prospect of expanding the list of destinations.

Brett Millington, chief executive of Mildura Regional Development, said regional towns in Victoria had suffered more than most other states over the last year following the second wave of coronavirus, new year’s border closures and last month’s five-day lockdown. He said tourism in Mildura had dropped about 30 per cent from its annual value of $550 million.

“The current setup of the flights programs means we’d get the double-whammy of receiving fewer visitors than other states, and then you have Victorians flying to Queensland or Tasmania rather than travel in their own state,” he said.

Mr Millington, who heads the Mildura region’s peak economic and tourism organisation, said the local airport was owned by the city council and was a gateway to attractions such as Mungo National Park, local wineries and the Murary River.

“We typically had eight flights a day into Mildura, we’re now down to one or two. A scheme like this would help fast-track flights to bring in people from Adelaide and Sydney particularly,” he said.