FUELLING up your car will be a little different from September, as a new petrol is introduced – now the government has made a tool to check if your car will take it.

In three months time most forecourts in the UK will sell the more environmentally friendly E10 petrol but it's going to cost drivers more.

The government is introducing the new fuel to be sold as standard at garages in a bid to reduce emissions.

Previously we calculated that the new petrol could add up to £6.11 to the cost of a tank of fuel for more than half a million car owners.

In preparation for the upcoming change, a free online tool has been has launched to help drivers find out if their car is E10 compatible.

To use it, you just have to go to the gov.uk website and select your brand of car from the drop down list in the section. 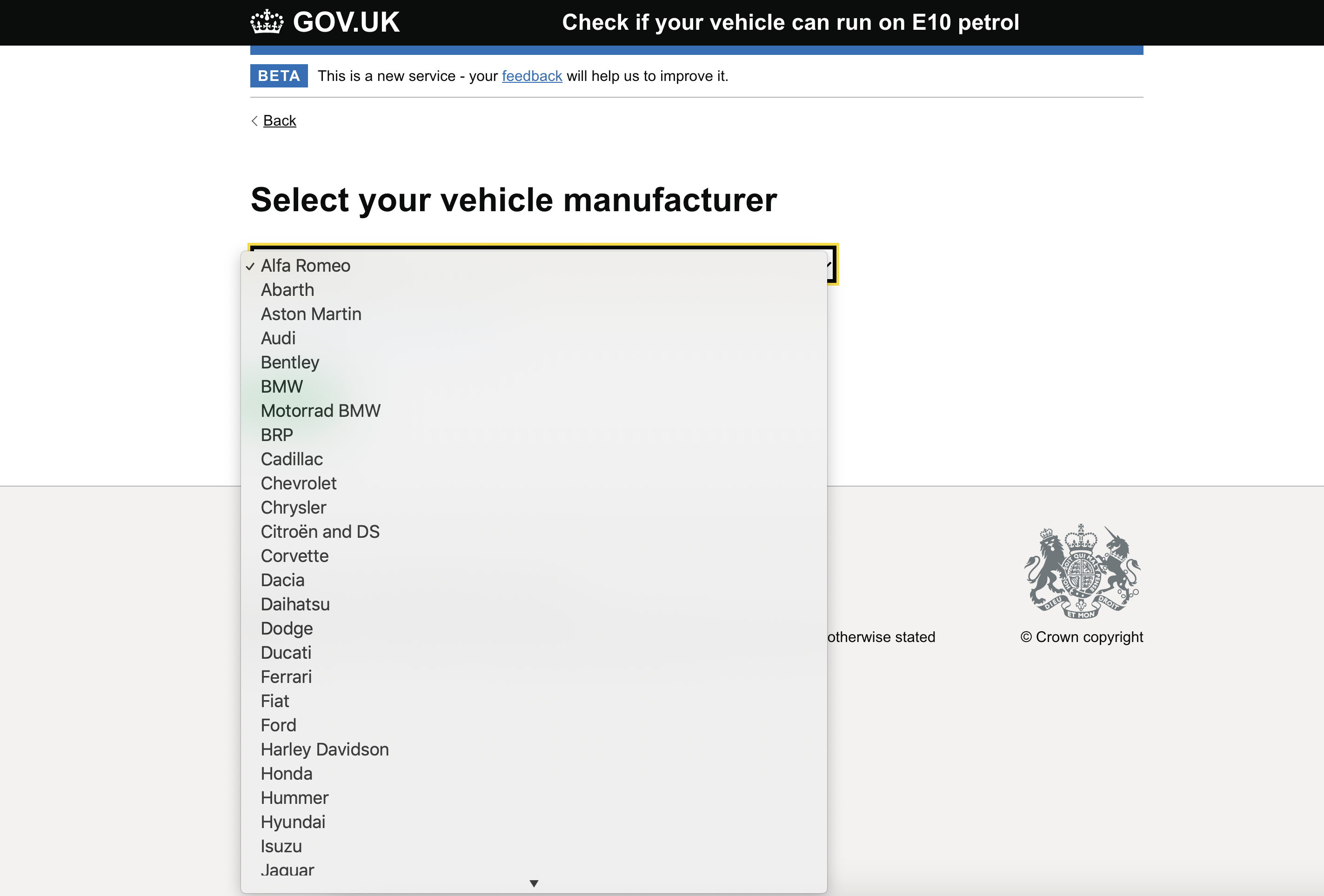 Once you've chosen your vehicle's manufacturer, the tool will then tell you if it's compatible with the new E10 fuel.

If yours isn't on the list then that means it's not going to be able to take it.

But your vehicle may be on the list even if it isn't compatible, once you've clicked the right make there will be an accompanying list stating which ones WON'T be cleared for use as well. 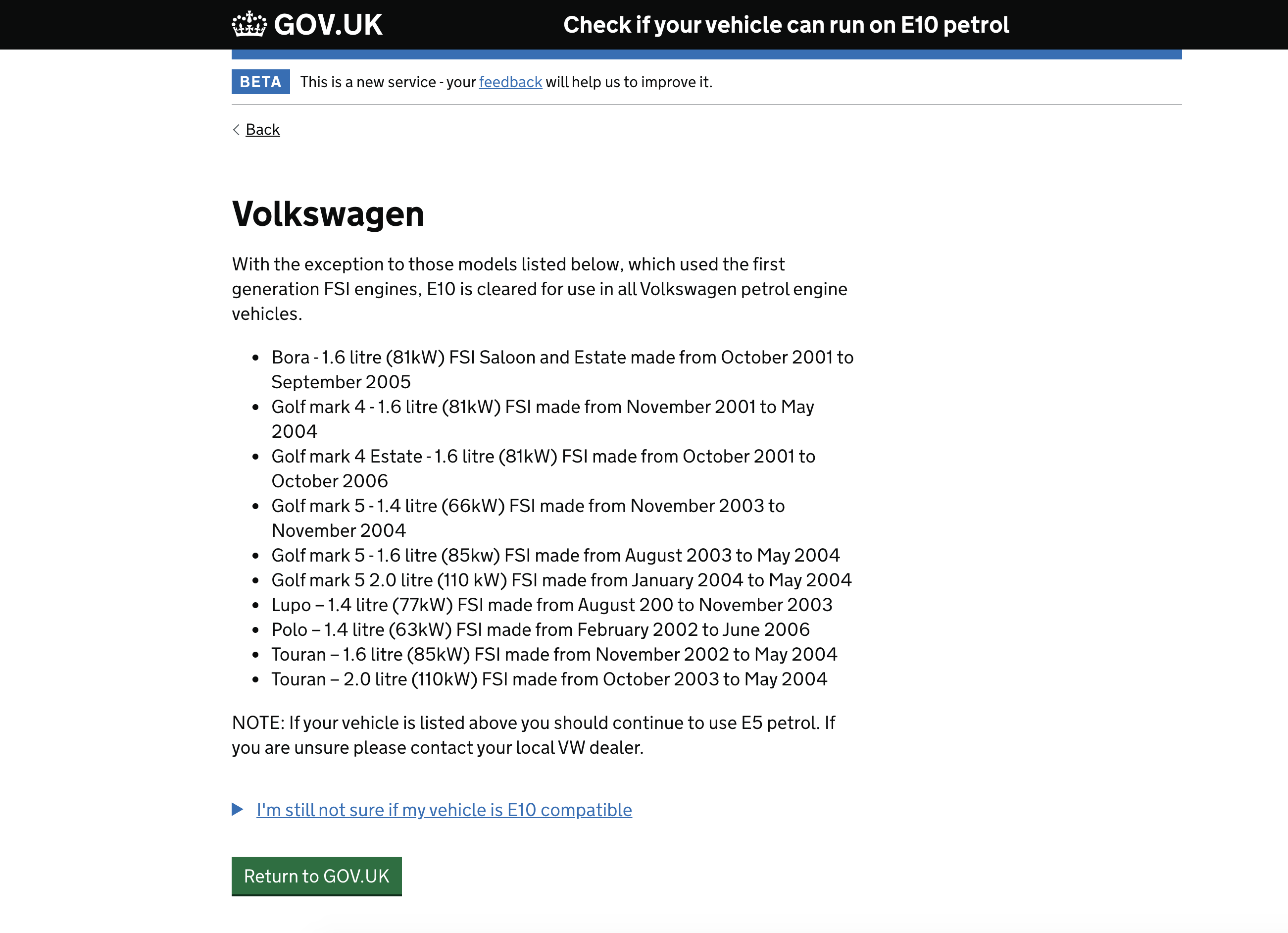 The majority of cars will be able to use the E10 fuel, especially if your car was built after 2011, but many built before then will also be E10 compatible, there are just a few exceptions.

For example the Volkswagen Mk4 and Mk5 Golf won't be compatible, and the same applies to certain Audi models as well as the Ford Mondeo 1.8 SCI model.

But the tool is not just for checking cars, as you can check if your motorcycle or moped is compatible with the new petrol too.

Don't worry if you don't know the full model of your specific car as in most cases, you’ll just need to know the vehicle make to use the service.

Ways to cut down on your fuel costs

HERE are some tips on how you can slash the cost of fuel.

But if you’re not sure of any of that you can check your vehicle's log book if you have it to hand, or you also might be able to get the information you need online.

It's worth noting that the changes from September will only apply to petrol vehicles as diesel and electric vehicles can't use the E10 petrol.

Plus if your vehicle is one that won't take the new E10 fuel then you'll have to stick to using the current E5 petrol instead, you'll still be able to fill up in most locations, but you’ll need to fork out more.

If your car can run on E10 petrol, there’s no reason you can’t mix E5 and E10 in the same tank and you could always fill up using E5 petrol if E10 isn’t available.

Back during lockdown, supermarkets were accused of hiking petrol prices "well above" wholesale costs.

Meanwhile, the beginning of the year saw the cost of filling up on fuel at the pumps shoot up anyway, in most cases by £2 within the space of a month.

Since then, the RAC has said that the cost of filling up on a tank of fuel has risen £8 in seven months.