The claws are out! Todd Chrisley gave fans a look at some of the nasty messages his family members receive on social media — and didn’t hesitate to put one troll in their place.

Maddie Brown and More Clap Back at Parenting Police

The Chrisley Knows Best star, 51, posted a screenshot of daughter Savannah Chrisley‘s DMs with messages claiming that she has “self-esteem issues.” In another message, the user questioned Todd’s sexuality. “That Botox isn’t helping you, it’s making you more ugly. Some are born with natural beauty and some pay for it like you,” one message read. “America sees that your dad is gay the more he keeps denying it will manifest itself.” 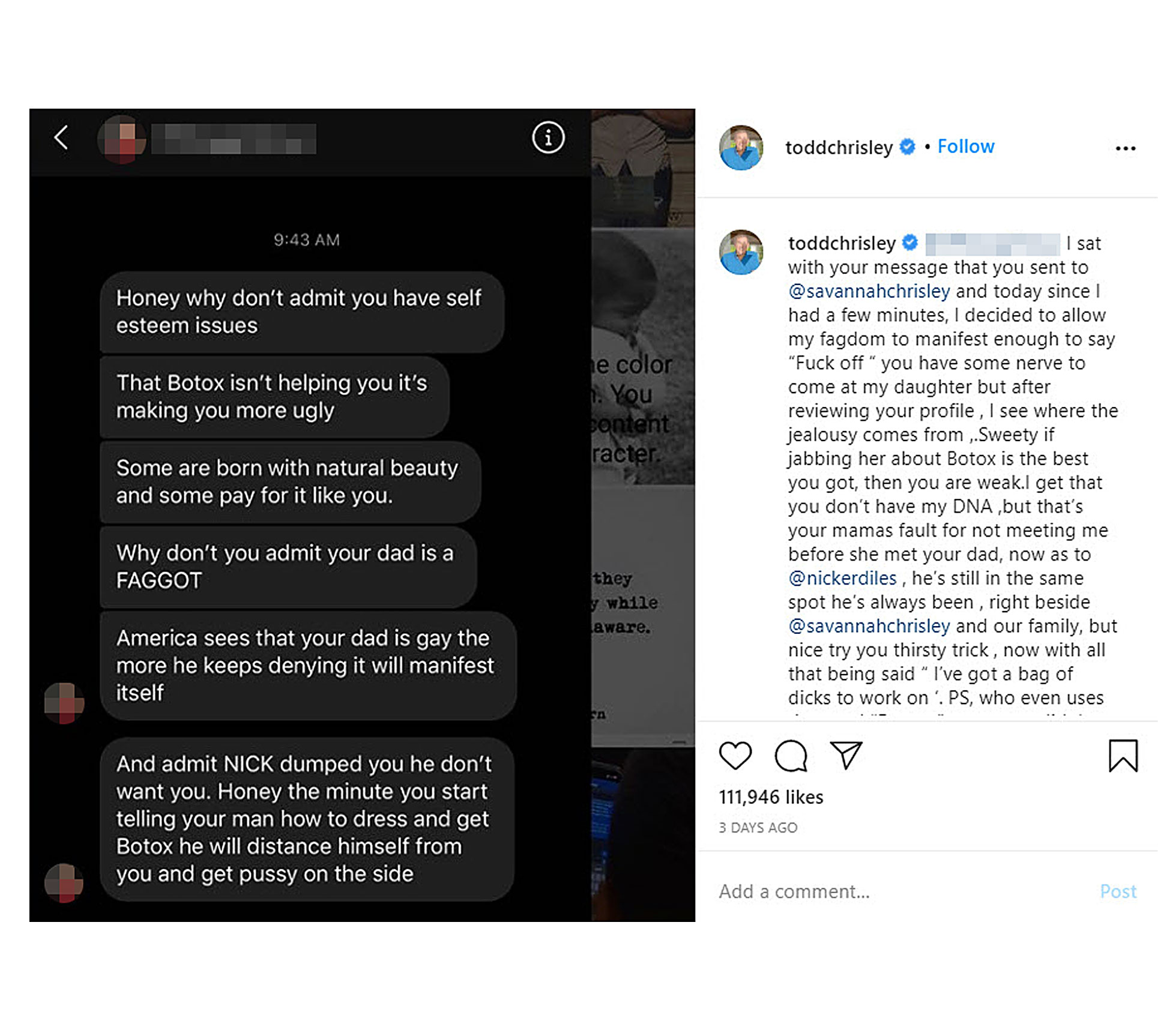 The user also took aim at Savannah’s relationship with ex-fiancé Nic Kerdiles, alleging that “telling your man how to dress” and getting plastic surgery were to blame for their postponed wedding. Savannah, 23, revealed in June that she and Kerdiles wanted to “dig deeper” in their connection before tying the knot because things between them “moved way too fast.”

Despite the troll’s hurtful critiques, Todd was quick to shut down the negativity with a lengthy Instagram post of his own. 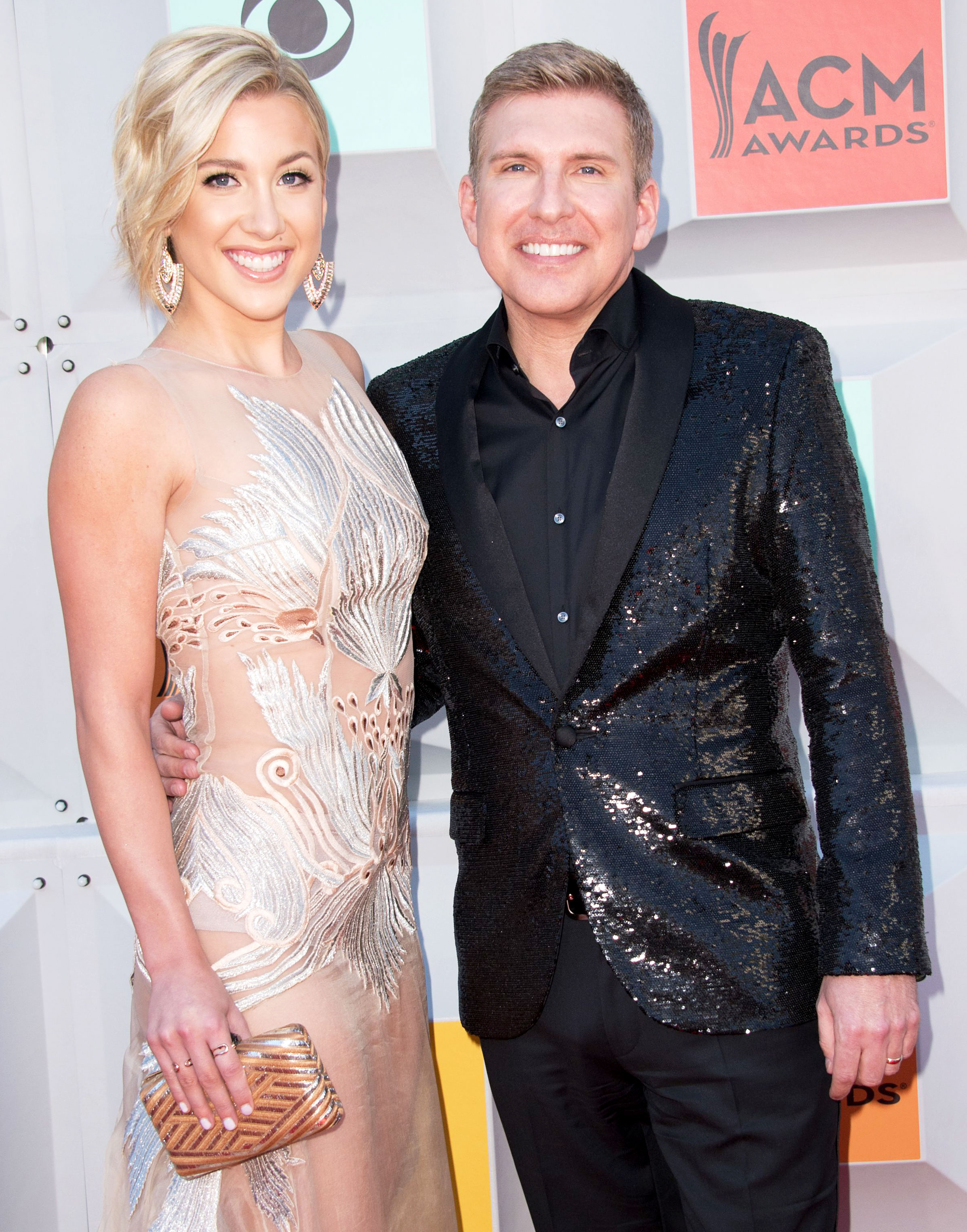 “I sat with your message that you sent to @savannahchrisley and today since I had a few minutes, I decided to allow my f–dom to manifest enough to say ‘F–k off,’” he wrote. “You have some nerve to come at my daughter but after reviewing your profile, I see where the jealousy comes from. Sweety [sic] if jabbing her about Botox is the best you got, then you are weak. I get that you don’t have my DNA, but that’s your mama’s fault for not meeting me before she met your dad.”

The reality TV patriarch continued, clearing the air about his daughter’s delayed engagement. “Now as to @nickerdiles, he’s still in the same spot he’s always been, right beside @savannahchrisley and our family, but nice try you thirsty trick,” he wrote.

Earlier this year, Savannah opened up about where she stands with Kerdiles after the pair mutually decided to put their wedding off. “We’ve gone back to dating,” she told Us Weekly exclusively in July. “We’ve had a lot of challenging conversations and we love it because it forces us to know better and do better and there’s just a lot of learning going on.”

Celebs Who Admitted They Got Plastic Surgery

Todd, for his part, isn’t shy when it comes to fending off trolls on social media. In August, he slammed speculation that he’s gotten plastic surgery, noting that he’s only ever had Botox.

“You are so kind,” Todd replied to a user who told him to thank his surgeon. “I actually have no filler in my face, but if you sleep better thinking that, then consider me fillered up.”